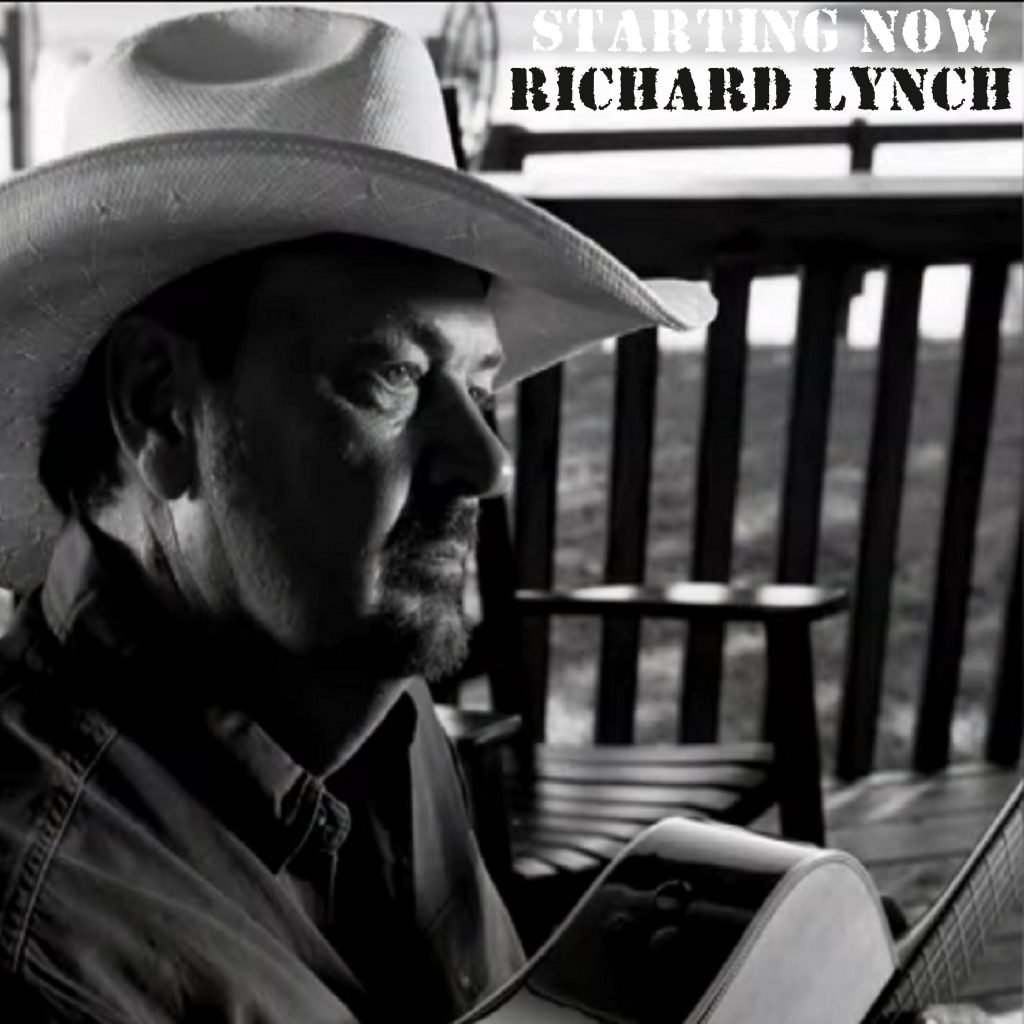 In these difficult days of isolation, social distancing and downright
depressing news all around us, substance abuse and self-medication can
be the crutch that far too many turn to, to “get by.” We all seem to
know someone who has struggled with alcoholism or drug addiction, and
country singer-songwriter Richard Lynch is no
exception. In his new single release, the self-penned “Starting Now,”
Lynch tells the true-to-life story of a person’s road to recovery and
redemption through Jesus Christ. The single hits radio airwaves this
week, with retail release scheduled for May 18th. Pre-sale begins on May
11th. Lynch’s fans can download the single directly from his website,
available now.

“The song tells the story of someone overcoming addiction and
homelessness by turning his life over to the Lord,” says Lynch. “Alot of
us know, or are related, to someone in that situation. I know someone
who had been an alcoholic from a very young age. It led them to some
dark places…a very tumultuous life. I pray that this song can give
people, who are struggling, or know someone who is, some hope. I want to
let them know that God can sort it out for them, if they just give it
to Him.”

ABOUT RICHARD LYNCH: Richard Lynch is a Waynesville, Ohio-based
country music artist, who has compiled a long list of country hits and
chart toppers in the world of traditional country music. His single, “A
Better Place” topped the New Music Weekly AM/FM country chart, the
IndieWorld Country Record Report, and spent an incredible 32 weeks atop
the Roots Music Report True Country chart. His next 4 singles also
topped the country airplay charts, including a duet with Grammy Award
Winner, Rhonda Vincent. Richard’s single, “Country Music Isn’t Country
Anymore” went Top 25 on the iTunes Canada sales chart. His single, “Pray
on the Radio” received Christian radio airplay and charting, also
reaching the US iTunes Single Sales chart. Lynch has appeared on WSM
Radio Nashville, RFD TV, Fox TV, and countless other media
outlets.Richard is a member of the Ohio Country Music Hall of Fame, The
Independent Country Music Hall of Fame, and he is a Billboard Magazine
Emerging Artist. He is also the host of “Traditionally Lynch,” airing on
TV and radio, and he’s the founder of the Love Tattoo Foundation for
veterans. His previous single, a duet with Leona Williams, was #1 on the
Roots Music Report charts for 7 weeks running.