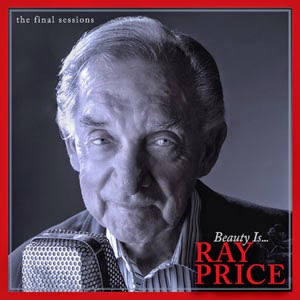 5 DVD Set Available For Pre-Order; Television Tribute To Air On RFD-TV in 2015

NASHVILLE,
Tenn. (October 22, 2014) – Rarely in life do we get to honor someone
whose singing style ushered in a new way to do it. Ray Price passed away
Dec 16, 2013, and Country’s Family Reunion is honoring Ray’s memory by
getting together those who knew him best with a CFR Ray Price Tribute.

“What an honor it was to have so many great artists in one room to
pay tribute to such a remarkable artist.  The stories told not only by
the artists, but by his lovely wife are absolutely great,” says
executive producer Larry Black.

It truly is a tribute to the man who brought us songs like “City Lights,” “Release Me,” “Crazy Arms,” “Heartaches by the Number,” “For the Good Times,” “Night Life” and so many more– songs that were sung by his friends to honor his memory.

About Ray Price:
Born in 1926 in Peach, Texas, Ray Price defined two major eras of
Country music.  His barroom Shuffle classics made him a master of the
honky-tonk style of the early 1950s, and a cornerstone of the Nashville Sound-era
with a string of smooth ballads throughout the ‘60s and ‘70s.  Best
known for his iconic rendering of the Kristofferson smash “For The Good Times,” the Cherokee Cowboy
charted over 100 times with 46 Top Ten hits, nine #1 singles and five
#1 albums.  A member of the Grand Ole Opry, Ray enjoyed Gold and
Platinum album sales, won two Grammy® awards, took home a CMA trophy,
earned two ACM awards – and his place in the Country Music Hall of Fame.