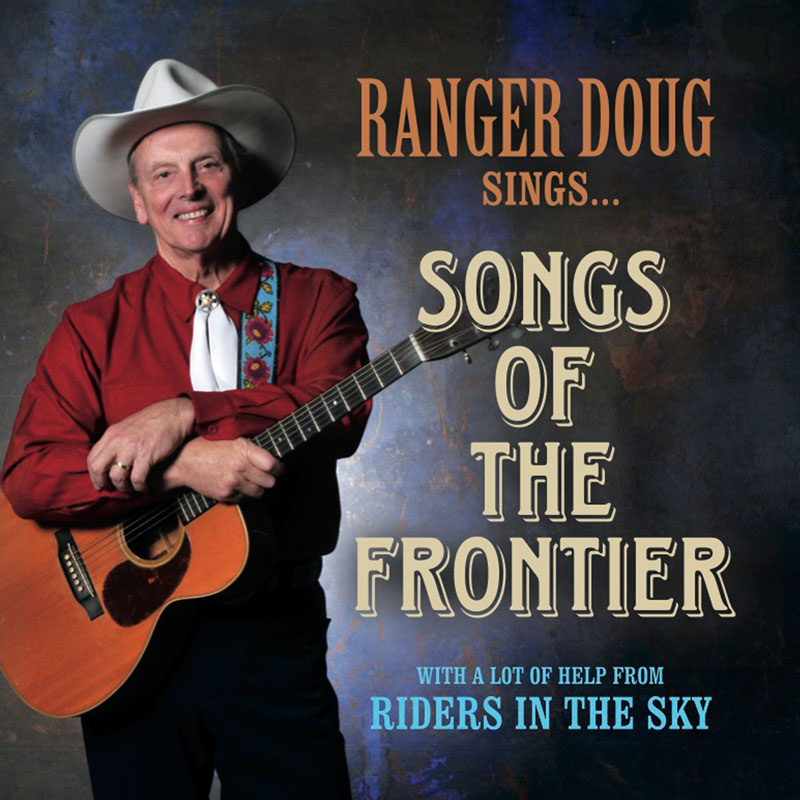 In the proud tradition of preserving historic classic roots music Rural Rhythm Recordsis pleased to announce the release fo SONGS OF THE FRONTIER today, the historic solo album from Ranger Doug.  Guitarist  Ranger Doug “Governor of the Great State of Rhythm” and lead vocalist of the multi Grammy ® award winning Riders In The Sky
who have for forty years been keepers of the flame passed on by the
Sons of the Pioneers, Gene Autry and Roy Rogers, has been instrumental
in reviving and revitalizing the classic roots genre.

Produced by Joey Miskulin, SONGS OF THE FRONTIER contains eleven traditional Americana roots classics performed by Ranger Doug with plenty of help from Riders In The Sky: Too Slim vocals and string bass; Woody Paul vocals and fiddle and Joey The Cowpolka King vocals and accordion.

“The Hunters of Kentucky,”
for example is thought to be the first song composed about the west,
written in 1821 and celebrating Andrew Jackson’s victory over the
British in the War of 1812.  “The Blue Juniata” dates from 1844, while “Green Grow the Lilacs” and “The Yellow Rose of Texas” were born during the Texas War of Independence.  Songs Like “Molly Darling” and “When The Roses Bloom Again”
are the type of sentimental tunes from the late 1800’s that cowboys and
frontiersmen brought with them as they settled the west, while the rest
of the tunes reflect both the hard life and humor of the cowboy in the
era before the romantic singing cowboy era.

“In
roaming and rambling this wonderful land of ours for several decades, I
have collected a double handful of fine old songs that reflect not only
the life of the cowboy, but phases and stages in the history of the
frontier.  It has been great fun gathering and recording them; here’s
hoping you enjoy them!” – Ranger Doug

SONGS OF THE FRONTIER is exclusively distributed by the Orchard and will be available on iTunes, Amazon and where ever Western and Bluegrass music is sold.

Ranger Doug is a distinguished music historian whose 2002 Vanderbilt University Press book “Singing in the Saddle”
was the first comprehensive look at the singing cowboy phenomenon that
swept the country in the 1930s.He also performed regularly with the
popular western swing group The Time Jumpers which featured Vince Gill.

Riders In The Sky achievements over the years are very impressive.

Riders In The Sky are currently on tour supporting their new album release40 YEARS THE COWBOY WAY.