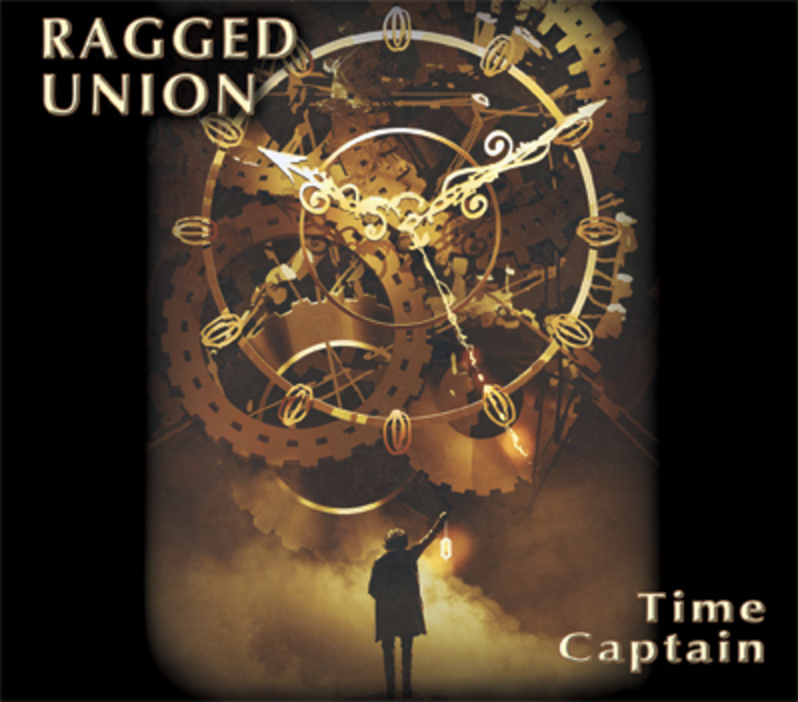 BOULDER,
Colorado — As soon as the sound of Ragged Union’s music fills a
listener’s ears, the subtle cleverness of their name hits home. They
play bluegrass — a genre known for being anything but ragged. On the
contrary, it requires attention, precision, and of course, careful
uniting of diverse instrumental and vocal skills. The band’s second
album, Time Captain, releasing Oct. 27, confirms just how adroitly the band’s six individual talents merge into one well-meshed whole.

The
fact that two members of this Boulder, Colorado-based collective —
flatpicking guitarist/vocalist Geoff Union and vocalist Christina Union —
are also united in marriage (and as chief songwriters) just adds
another layer of wit to their moniker.

Despite
their occasional propensity for wordplay, however, the members of
Ragged Union are quite serious when it comes to making music, and have
the pedigrees to back it up. Fayetteville, North Carolina native Geoff
Union is a veteran of the renowned Two High String Band;
mandolinist/vocalist Jordan Ramsey, a Newport, Tennessee, native, won
the 2016 national mandolin championship at the Walnut Valley Festival
(aka Winfield); banjoist Chris “C-Bob” Elliott, originally from Huffman,
Texas, played in Spring Creek and the Blue Canyon Boys; fiddler Justin
Hoffenberg, of Boulder, Colorado, a Long Road Home veteran, teaches at
Rockygrass Academy; and bassist David Richey, originally from Tulsa,
Oklahoma, studied bluegrass and old-time music at East Tennessee State

University,
was in the Billy Pilgrims and led Dave Richey & the Ruined Nation
Boys. (Michael Sivcovich played bass on the album). Christina Union, the
only non-instrumentalist (unusual for a bluegrass band), hails from
Eagle River, Alaska, but gained recognition as a singer in Colorado.

After
Christina and Geoff became a couple, they lived in Austin. Once his
former band ran its course, the pair moved to Golden, Colorado, where
Ragged Union began taking shape in 2014. (The couple joined their
bandmates in Boulder in 2016.) They’ve since become a presence at
festivals and clubs in North America and beyond, including touring the
United Kingdom twice.

Time Captain, which follows 2015’ Hard Row to Hoe,
was produced by Geoff Union and recorded at Basement in the Sky in
Boulder. It contains a mix of writing credits: Christina penned three
tracks, Geoff wrote four and composed three more with longtime writing
partner Jim Harris, and Elliott wrote another. It’s a mix of styles,
too: “You Don’t Love Me,” “Leaving Town” and the lone cover, the folk
tune “Diamond Joe,” are more traditional; “Moonshine Boogie” and the
title song can be described as Americana; “Leaving Louisville” and
“Rabbit Dog” are old-time melodies; and “Rented Room,” “Half Lit Parking
Lot” and “Smoke and Mirrors” are progressive, while “Bridge on Fire”
adds a little western swing.

That
variety comes from a vast range of influences, from Hazel Dickens, John
Hartford, Danny Paisley, Alan Munde and Danny Barnes (and the Bad
Livers) to Bob Dylan, Led Zeppelin and the Grateful Dead (and Dead
lyricist Robert Hunter).

The
band’s willingness to embrace tradition while making adventurous leaps
into unusual lyrical and musical territory places them in a realm they
label contemporary bluegrass.

“We
like a broad approach,” he adds. It’s an approach Dry Branch Fire
Squad’s Ron Thomason called “fresh and innovative,” while U.K. critic
Maggie Loughran dubbed it “hard-driving modern bluegrass at its absolute
best.” Other critics have been equally effusive.

All of which suggests there’s no time like the present to check out Time Captain — and catch the band when they swing by a venue near you.