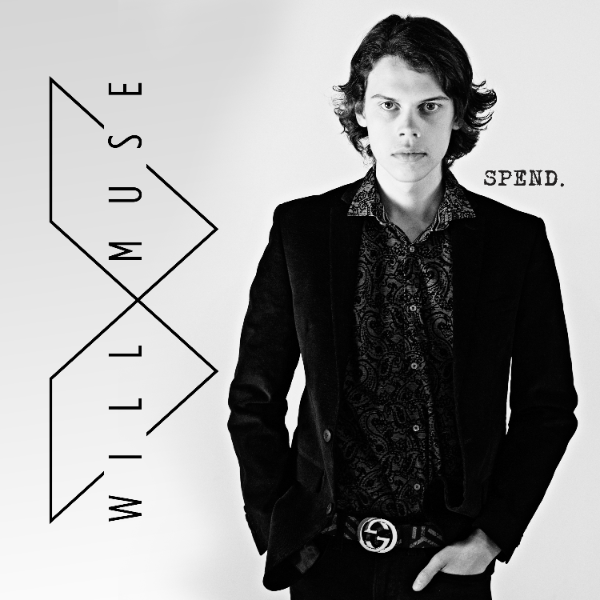 Prodigy teen musician Will Muse
is back with his sophomore single “Spend” which is set to make its
world premiere today, Thursday, April 11 at 5pm ET / 2pm PT on the Radio Disney Network and through the Radio Disney App.

“My
song ‘Spend’ is a very positive, fun, upbeat, and happy song that you
would want to play for that special person you plan to spend the rest of
your life with,” said Muse. “I am truly blessed to have the amazing
team at Radio Disney promoting my song! The opportunities that I have
been given are absolutely amazing, and I am ecstatic to now be part of
the Radio Disney family.”

The
upbeat, and jaunty piano driven song is a dynamic showcase of Muse’s
pop, rock and blues-tinged vocals, fully displaying his soulful style
with an infectious melody, a catchy chorus, and insightful lyrics.

Will Muse to Open for Legendary Ronnie Milsap:

Will Muse is also excited to announce he will be opening for the legendary Ronnie Milsap on June 15 at Renfro Valley Entertainment Center
in Mt. Vernon, Kentucky. Muse will also perform his own solo show on
June 29 at Renfro Valley’s Old Barn. To purchase tickets, or for more
information on either of these shows, please visit RenfroValley.com.

Muse also recently wrapped up the third installment of his self-produced Music for Wishes
charity event, an annual fundraiser for the Make-A-Wish® Foundation of
Kentucky that he first launched in 2017. With the help of family,
friends, committee members, and a supportive community, the 2019 event
raised more than $35,000, bringing the three year total for all events
to over $85,000.

Will
researched many different charities, but ultimately found that the
Make-A-Wish® Foundation was an under-served cause in his community, and
there were multiple children with life threatening illnesses waiting for
their wishes to be granted.

Will’s
immersion into music began at age five, when his mom Allison signed him
up for guitar lessons, quickly followed by piano instruction. He had a
natural gift for the electric guitar and aspired to be the next Slash
during his formative years. The talented 16-year old from Somerset,
Kentucky is looking forward to fulfilling a dream of his own when he can
put together a tour to go out and connect with his fans. While he has
been developing his artistry onstage for several years, winning an
audition at 13, and performing at the Master Musicians Festival with
Robert Randolph and the Family Band, and later opening for headliner
Chris Knight at the Harvest Moon Festival, Muse loves the idea of
headlining his own show where he can showcase his original music, along
with songs that were instrumental in developing his passion for music.
He cites his primary musical influences as The Beatles, Gun N’ Roses,
Aerosmith, Elton John, George Michael and Prince.