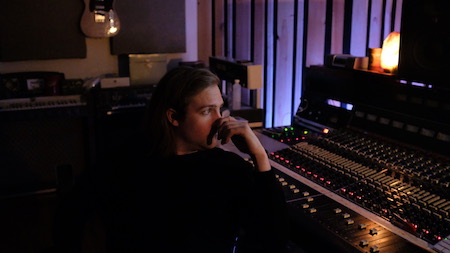 Producer/engineer Drew Long,
who has an extensive list of studio credits including Judah & The
Lion and Chris Stapleton, has signed with Nashville, TN-based management
company Rock Ridge Music for representation.

Long,
back in Nashville, is currently incorporating all he has gleaned from
both his influences and his own experiences, while currently working on
producing and mixing new music from Judah & The Lion, including the
latest single “Beautiful Anyway,” Judah Akers’ solo project, Pink
Laundry (“Like It Like This”), Memphis-based band Joybomb and Texas-born
Sam Johnston as well as mixing rising pop artist Spritley.

Long’s
career began while studying at Belmont University where he became
friends with a trio of musicians who became known as the aforementioned
Judah & the Lion who asked him to produce their debut EP Sweet Tennessee.
From there, Long caught the eye and ear of Grammy Award-winning
producer Dave Cobb (Brandi Carlile, Jason Isbell, John Prine, Chris
Stapleton), who enlisted him to engineer a number of key sessions for
him, including Judah & the Lion’s first full-length LP, 2014 Kids These Days, as well as projects from Stapleton, Anderson East, and Houndmouth.

After working with Cobb as part of the team for Chris Stapleton’s Traveller
(2015 CMA’s Album of the Year, 2016 Grammy Winner for Best Country
Album, RIAA certified quadruple platinum), Long decided to try his hand
outside of Nashville by interning for a year at the infamous Electric
Lady Studios in New York City.

Prior
to heading to NY, Long was tasked with producing a new version of Judah
& the Lion’s single “Take It All Back,” from the band’s sophomore
effort Folk Hop N’ Roll, for inclusion alongside three
other revamped tracks for the Deluxe Edition of the album. His version
of “Take It All Back” became a No. 1 hit on the Billboard Alternative
Songs chart in January 2017 while another one of the tracks he did for
this specially named Folk Hop N’ Roll Going to Mars Collection, “Suit and Jacket,” made it to No. 4 on the same chart.

His
lifelong sonic obsessions have led him to a burgeoning production career
behind the board, one that has found him equally adept at working with
both established artists (Judah & the Lion (co-producer on “Pep
Talks”), Houndmouth, Kris Allen) and budding up-and-comers (Betcha,
Ry-Lo) alike.