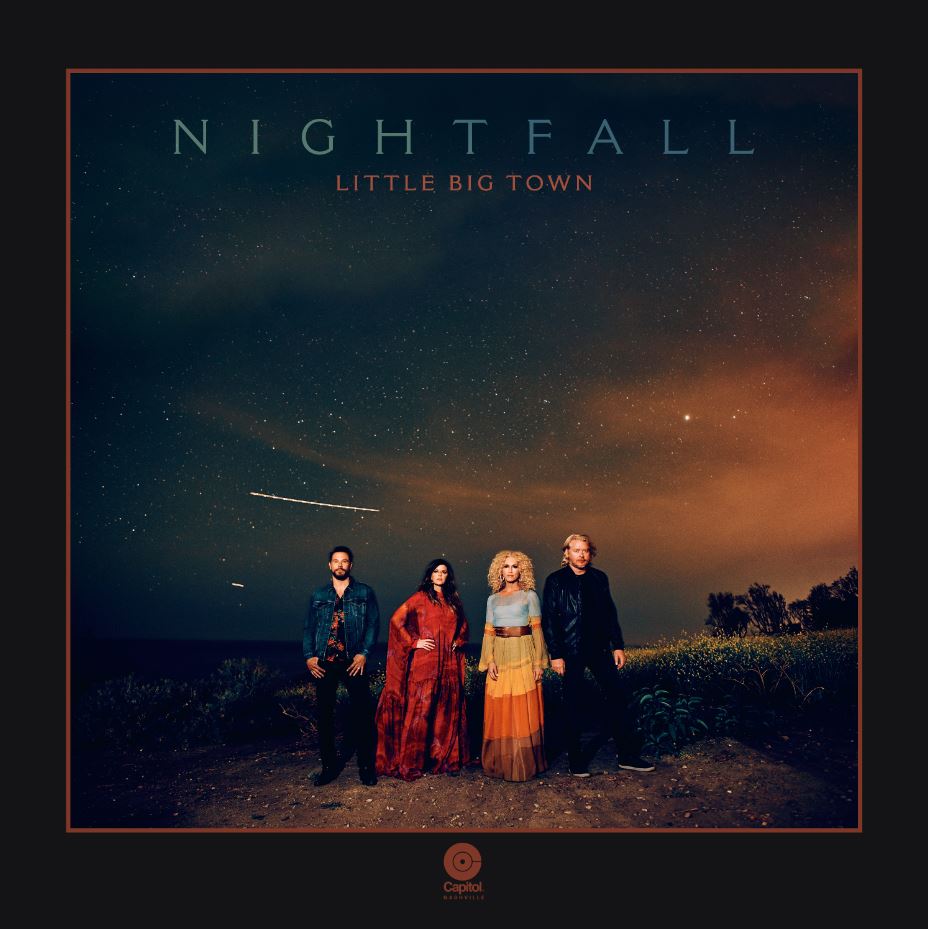 One of Country music’s most successful and celebrated groups, Little Big Town, have released their ninth studio album, Nightfall. The self-produced album is one of the band’s most intimate and powerful to date.

1.  Next To You (Hillary Reynolds, Michael Jade, Trevor Jarvis)

The album’s current single, “Over Drinking,” is a pick-yourself-up and dust off the heartache anthem. The single’s music video stars Michelle Monaghan and takes inspiration from classic films like Urban Cowboy and Thelma & Louise – complete with Stetsons, fringe and a mechanical bull.

Another track from Nightfall, “Sugar Coat,” and its accompanying music video
starring Kate Bosworth, tells the story of a forbearing wife and mother
whose husband’s continuous philandering proves harder and harder to
endure but is pressured out of the responsibility to her family to keep
smiling and wearing her ‘sugar coat.’

Ahead of the album’s release, Little Big Town performed a track-by-track showcase of Nightfall at New York City’s famed concert venue, Carnegie Hall. The performance comes just ahead of their two night engagement (January 17th & 18th) at one of New York’s other iconic venues, the Apollo Theatre, which officially kicks-off of their national Nightfall tour.