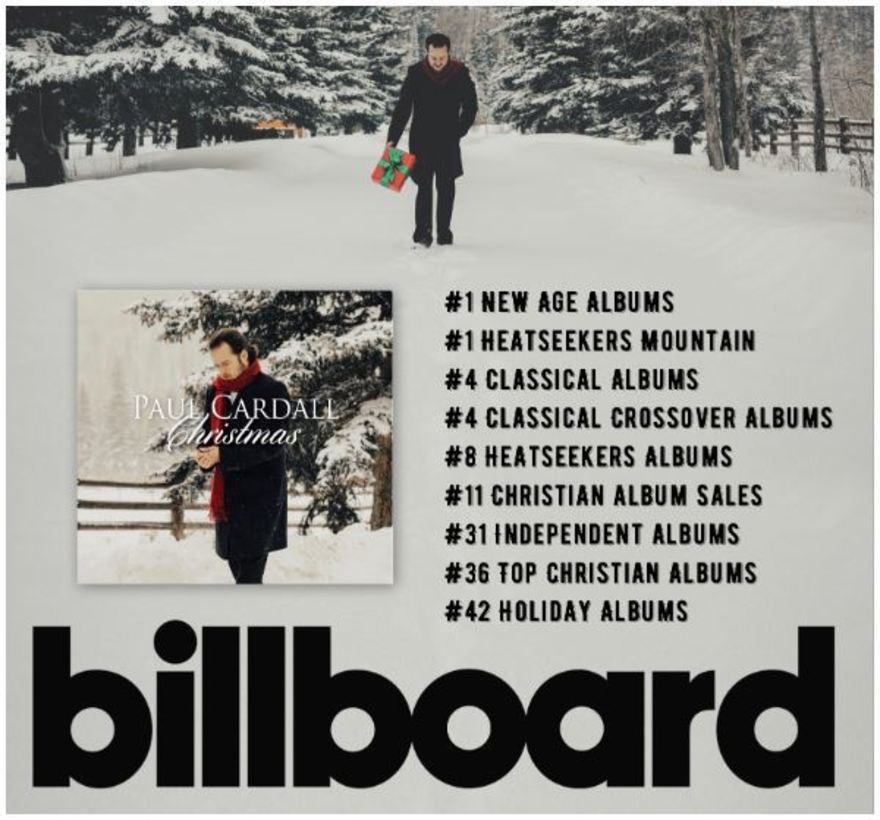 In support of the release Cardall will perform at the National Christmas Tree Lighting
in Washington, D.C. on November 28. The nearly 100 year-old tradition
is a production of the National Park Foundation and the National Park
Service, and the ceremony will be aired on December 2 at 10 p.m. EST on
Ovation TV and the Reelz Channel.

Cardall is also slated to take the stage at Nashville’s Historic Ryman
Auditorium this Sunday, November 18 for the annual Thanksgiving episode
of the annually broadcast Tokens Show.

He will perform  “O Holy Night” with 12-time Grammy Award winner CeCe Winans —
the pair collaborated on the song for Christmas. The show will air
Thanksgiving evening on WMOT from 7-9 p.m. Central. Tokens is a live
theological variety show, and the Thanksgiving episode centers around
themes of gratitude, hospitality, and community. The show features some
of Nashville’s finest musicians, world-class vocalists, and compelling
interviews.

Paul Cardall is currently one of America’s most successful independent
artists.  With more than 2 BILLION lifetime digital streams, he
currently averages over 25 million streams monthly.  In addition to his
work as an artist, Paul also founded Stone Angel Music, a label
providing services in artist development, merchandising, and recording.
The Stone Angel Music label currently has nine signed artists and has
released over 50 instrumental and compilation albums.