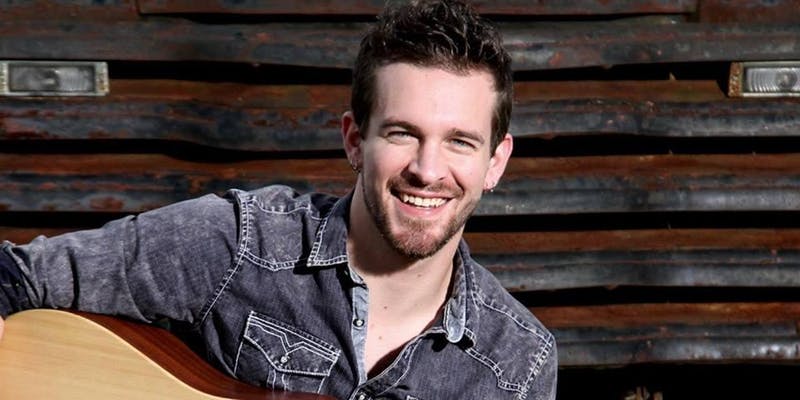 Small towns seem to breed great country
singers, and those small towns aren’t always located in America’s southern
states. Patrick Darrah grew up in the small rural town of Bloomingdale, NY,
where he joined his father’s auto body shop when he left school.  He looked set to carry on the tradition as
the fourth generation technician in the family business.  But music was calling. Earning a college degree
in music production and audio engineering, he moved on, first to New York City
and then further afield.  He is now
settled in Nashville to focus on his career as a singer and songwriter.

His new album, NORTHERN TRUTH, dropped a
few weeks ago and the lead-off single from the album, ‘I Never Got Over You,’
is now at country radio.  We met during
CMA Fest 2018 to talk about his music.

Prehias Harris:  What was the music you listened to, growing
up in Bloomingdale, New York?

Patrick Darrah:  A wide, wide variety.  My dad was born in the 1950s so I heard all
that 60s and 70s rock and roll; Roy Orbison, Temptations, all that kind of
stuff.  He was in a band so I heard him
practicing.  And my mother’s interest was
country and things like the Allman Brothers, Marshall Tucker, Asleep At The
Wheel… all those good quality, full bands that made some of the greatest songs,
I think, ever written. So all of that, but I was in a punk rock band actually,
growing up, if you can believe that!

PD:
Yeah, that tends to be a bit of a shocker when I tell people that. But,
you know, going through your ‘teenage angst’ years, and all that. But everyone
in the town loved country and the musicians played it, so we’d play ‘bar band’
music and punk rock music and I was playing my country music on the side. So it
was a mix of everything.

PH:
Who have been some of the biggest influences on your career? You’ve
moved around a lot, too.

PD:  I was in Pennsylvania in a little town called
Richland.  Oddly enough, I was going
through a particularly strange but good part of my life at that time.  Kind of sorting out my own personal demons,
figuring out my direction musically. I don’t know it was necessarily the music
around me more than the town itself and the people that were there. But playing
in smaller bars there and meeting people did a lot to help shape the sound and
the style of my music.  Then I lived in
South Carolina after that. There was tons of music around.  Old, new, indie rock, country music.  I was in Murrell’s Inlet, South Carolina, and
the views and everything like that – as far as songwriting is concerned – you can
be inspired by anything.  If you wanted
to get inspired by something, you just look out at the inlet and at the ocean
on a nice spring evening or summer evening, and that did a lot to help me.

PH:
What about artists that have been an influence on your music?

PD:  Gary
Allan has always been – just vocally, I thought – one of the most intriguing
artists out there, and the songs that he chose to cut.  He’s one of those guys that just plays by his
own rules and does it his own way.  I’ve
always looked up to him for that.  And
Granger Smith and John Pardi, more recently.
I mean, those two guys I really, really like a lot.

PH:  Tell me about your new single, ‘I Never Got
Over You.’  That title sounds like it has
some personal history!

PD:  It
absolutely does. The way I look at is, it’s about a girl in my hometown that I
was dating for three or four years and I can’t say a bad thing about her. She
was just one of those girls that was great, but it just didn’t work out.  I love Nashville and she didn’t really enjoy
it and I had to make a decision between music and the love of my life. It’s
been a while now, and I like to think the song has lost its truth in the sense
that I feel I’ve gotten over her and everything. But at the time that
definitely played a big role. The newspaper back home asked me that same
question and what they printed it, her current boyfriend probably read it, and…
[laughs]

PH:
Your musical tastes range from one genre to another. If you had the
opportunity to duet with any other artist in any genre, who would you choose?

PD:
Wow, that’s a toughie!  I think,
as far as a current artist, it would be Kacey Musgraves if it was a female
because I think she’s underrated in certain circles but tremendously [highly]
thought of by musicians and songwriters here in Nashville.  I don’t think she’s nearly as big as she
should be, because she’s one of the greatest talents. Her voice is so
interesting and intriguing and original. I would really like to collaborate
with her, both songwriting and singing.
For a guy, I think it would have to be John Pardi. Vocally, I don’t know
how our voices would mesh, but he has such an interesting voice. But for
songwriting, I think he’s one of the most talented songwriters going, as far as
being able to bring traditional country music into the forefront by making it
newer-sounding and popular. It’s very impressive.

PH:
You play a lot of honky-tonks and bars.
Do you find you get a lot of energy from the audience in places like
that?

PD:
As far as getting energy, one hundred percent. I feed off the crowds
tremendously.  I could be having the
worst day, but you put me on stage with a crowd in front of me, a switch flips
and I turn right on.  I always have such
a calm demeanor from day to day, but as soon as I’m on stage, it’s 180 degrees
the other way.  But if I’m in a more
intimate setting, there’s where I try out my songs.  If I’m in a big honky-tonk, I stick to what I
can jam out and rock it out there, and play songs they know and have heard
before to keep them involved.  And then I
always find places to play my new stuff and try things out.

PH:
Is that your favorite kind of gig?

PD:  Honestly,
some of my favorite gigs to play are when it’s just me and an acoustic guitar
in a smaller room where people are really listening to the music.  I love being able to rock out on a stage with
people, but I really like it when people can hear the words and are there to
intently listen to it. That’s what inspires me to write.  It gives me the validation, I guess, and
that’s the driving force behind my writing.

His album, NORTHERN TRUTH, and the single,
‘I Never Got Over You,’ are available at all digital outlets.