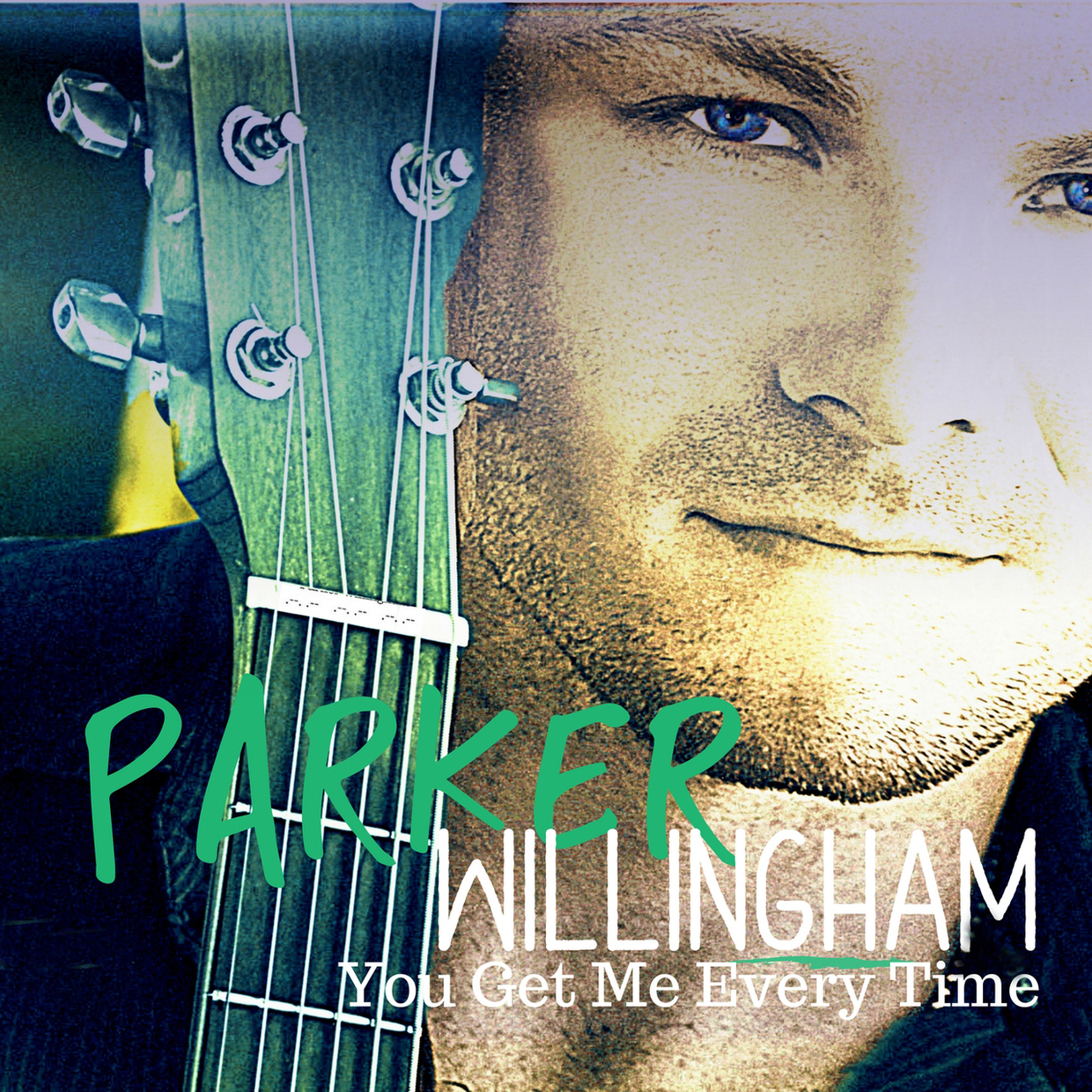 PARKER WILLINGHAM
SET TO DEBUT NEW MUSIC
Single  – “You Get Me Every Time” –
Opens The Gates To Introduce “Nashville’s Best Kept Secret”
Coming To Country Radio—March 20, 2017

NASHVILLE, Tenn. (March 8, 2017) – Apple Row Records is pleased to introduce the debut single from its flagship artist Parker Willingham. Willingham will make introductions official with his first single titled “You Get Me Every Time.”* The offering is the lead single from Willingham’s newest album by the same name (YOU GET ME EVERY TIME)
and makes evident the artist’s talent for stylistic yet simplistic
lyrical phrasing complemented by modern country music composition
infused with Southern Rock nuance.
The
mid-tempo, evocative ballad opens with sweet floating electric guitar
laced with soft, subtle acoustic undertones to spotlight the mellow
arpeggio intro. The storyline caresses every little detail of a woman’s
magnetic power and a man’s weakness, and willingness, to appreciate her
spellbinding allure. The track showcases Parker’s prowess to express and
deliver emotion with his sandy vocals in this no-holdin’ back, ocean
deep love song.
“No question, when we’re in, ‘we’re in’,” said Willingham.  “When
we let down our guard, a woman can just take a man over to nearly
become defenseless, and that’s what I wanted to convey in this song.  I
wanted to say something that women want to hear. I wrote it with two
women (Kate and Paula); they helped me to touch on some sentiments that
are spot on.”
Written by Willingham (alongside Kate Hart and Paula Hallmark, and produced by Hart), the single is scheduled to impact radio March 20, 2017 [CDX Vol. 645 (3/20/17)/PlayMPE (3/07/17)].  Jerry Duncan Promotions will spearhead the radio campaign.
Parker Willingham
is a straightforward, down to earth southern gent, with an infectious
“cat got the cannery” grin, sense of humor and wit.  He’s a man of
substance and soul with a conscious respect for others and personal
insight and admiration for women. The traits trademark his music.
While
his “beach-dwelling redneck” background lends to his southern sandy
texture, Parker is an all-around music lover of various styles and
genres (Styx, Skynyrd, Garth Brooks, George Strait, The Eagles and James
Bay as examples). His Florida Panhandle country roots, combined with
Rock, Blues and Reggae influences, are brought to life with Parker’s
dirty, swampy, country vocal delivery and instrumentation. Parker is an
entertainer with the knack to turn on a dime; he possesses the innate
ability to segue from a raucous, good timin’ honky tonk tune to a
haunting, spine-chilling, impassioned ballad.
“Parker
Willingham is absolutely incredible; this guy must be heard. He’s
‘Nashville’s best-kept secret’ and he’s going to be explosive!”  –  Seth Coburn, Morning Drive Host / KLAW101 (OK)
Since
his arrival in Nashville (2011), Parker has performed as a regular at
every notable and renowned nightclub (and dive) in Nashville. He has sat
in at writer’s rounds, had two callbacks to “The Voice” and performs
each year in the Swiss Alps.  He signed with the indie label Apple Row
Music Group in 2014.
“You Get Me Every Time” will be available via all major digital retail and streaming outlets (Amazon/iTunes/Pandora/Rhapsody/Spotify) on March 20, 2017; Ed Gertler (Digital Delivery Services) will spearhead the digital campaign. For more on Parker Willingham, please visit: www.parkerwillinghammusic.com.
Suggested Link:
www.facebook.com/parkerwillinghammusic/