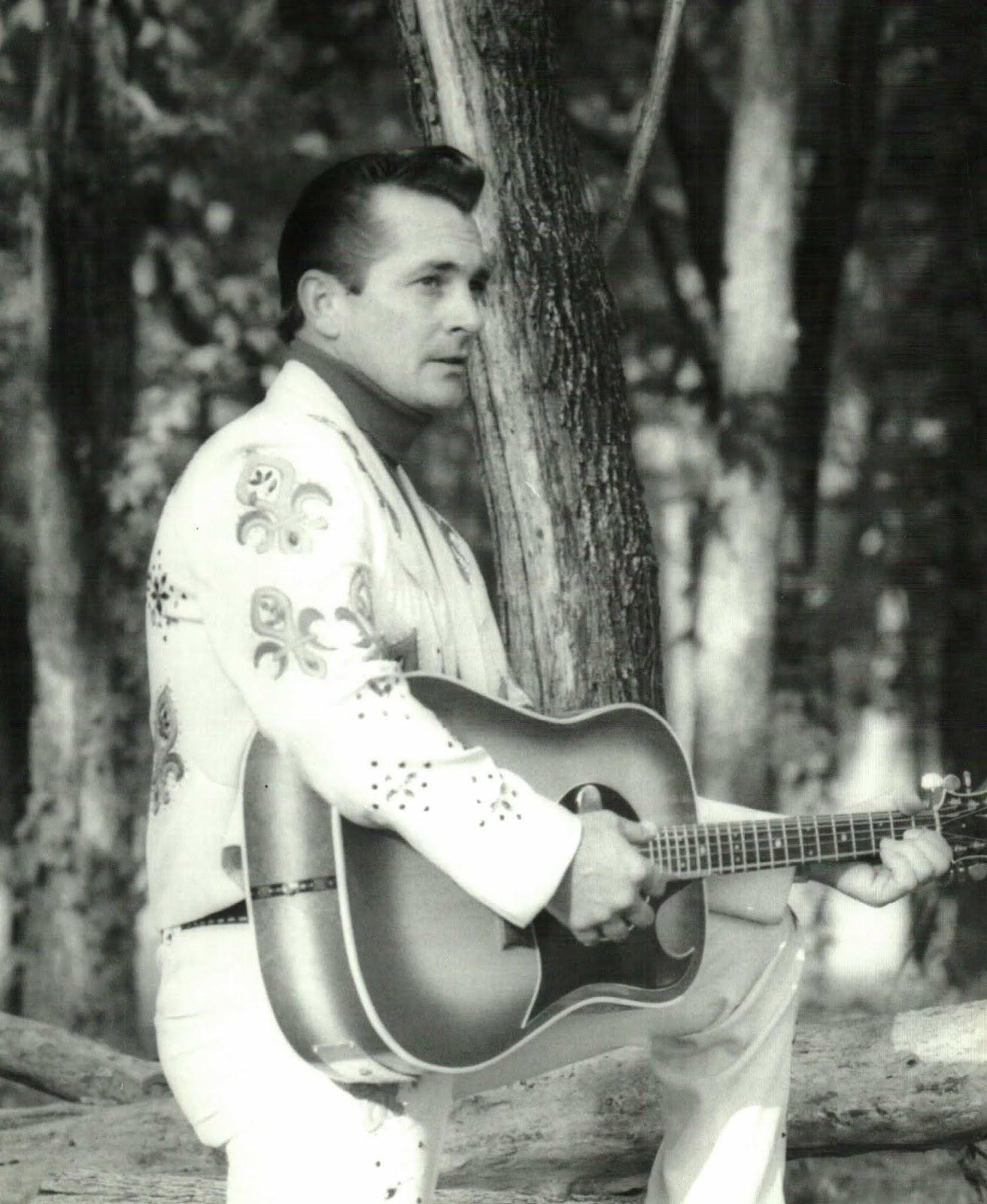 One of the best things that happened to me

during my career – by Dick Flood

It was during that tour that one evening after our big show at the auditorium a few of us were having a late night snack in the restaurant at the hotel when Mr. Jim surprised me by asking me what size suit I wore.

I could not imagine why he would ask me that, but I told him anyway. And what he said next just about floored me. He said he had two almost brand new Nudies of Hollywood suits that he was not happy with and he thought that they would fit me just fine. He then asked me if would I like to have both of them.

I about fell out of my chair. Of course I would love to have both of them and I told him so. Then he said there would be just one stipulation. Being the business man he was he could not see it fitting to just give them to me. He felt he had to charge me for them. I started to back off a little then, but then he added the price tag. He said he’d have to have $25 apiece for them.

I did not balk a bit. We shook hands on the deal, and a day or so after we got back from that tour I drove over to his house, gave him $50, and drove home with two almost brand new genuine Nudies of Hollywood rhinestone suits in my posession. I like to think that he did that out of respect for my talent and he liked what I did up on stage. I also sincerely believe he thought of me as a friend. And I will always remember him for that.

of Georgia the first night my documentary”Swampwise” was aired on Georgia Public Television. Golly!

Everybody in the state of Georgia must have been watching it. And as the months and then the years

rolled by, “Swampwise” was aired time and time again.and again.  It became the most requested

documentary that GPTV had ever produced,and believe it or not throughout the nineties my alter ego

Okefenokee Joe became a “household word,” and a “legendary folk hero” in Georgia and her surrounding states.Those are not my words.

Those titles had their origin in the many articles about and pictures printed of Joe in newspapers, and his many appearances on local TV and radio stations.  Not to mention the hundreds of schools, and the many outdoor sportsman shows, country fairs, Native American pow wows, libraries,museums, and birthday parties where he would perform his “Earth Day Every Day”presentation. Here is the link to my Georgia Public Television’s documentary “Swampwise” Swampwise | GPB Documentaries