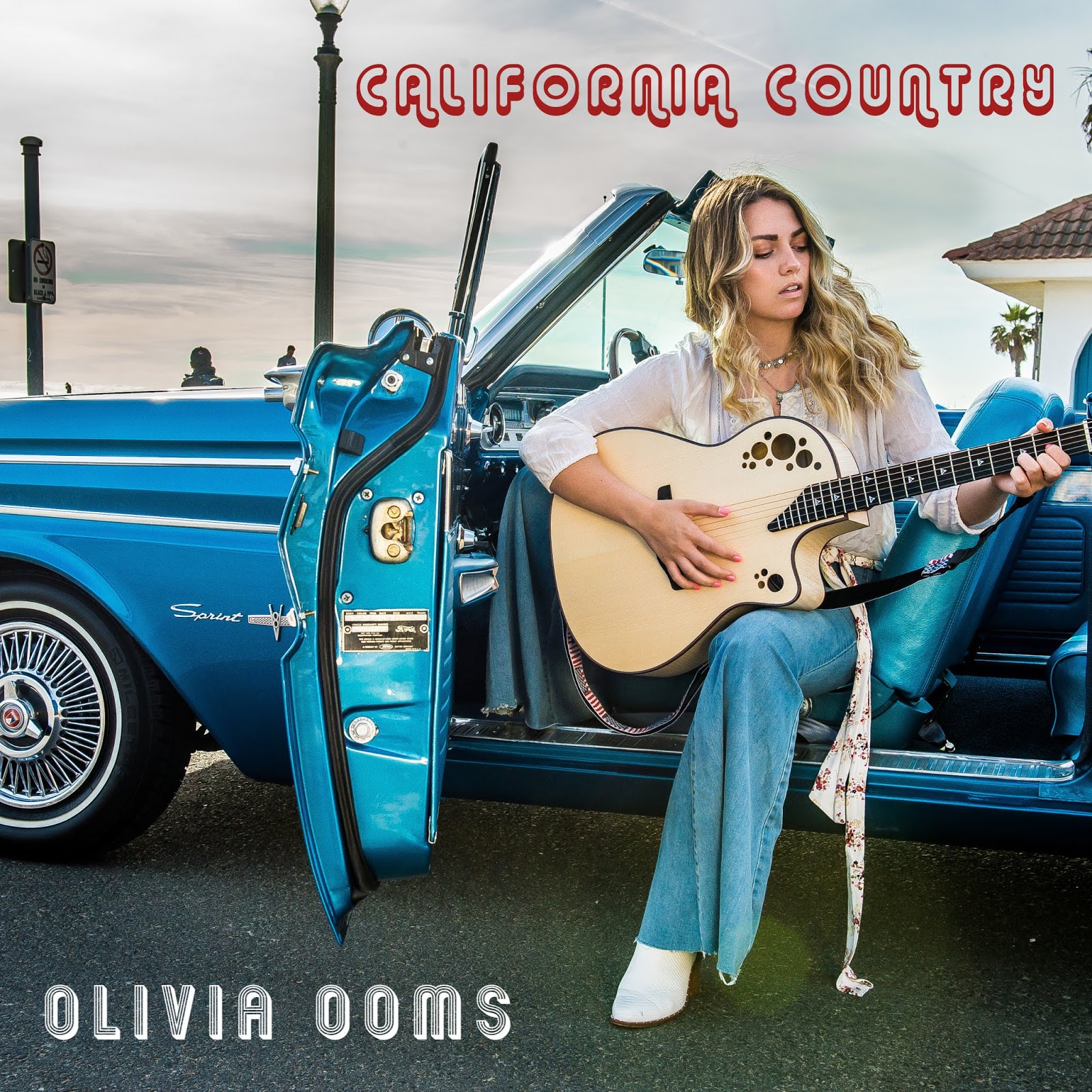 The rising songstress debuted “California Country” during her first Song
Suffragettes round at The Listening Room Cafe in Nashville. Music Update Central also premiered an exclusive first listen to the tune.

“Growing up in a western beach town, some say I can’t be a true country
singer because I’m not from the South. This song attempts to dispel that
idea and embracing the carefree California lifestyle bridges the gap
between West Coast Country and traditional Southern Country,” expressed
Ooms.

“When I first heard Olivia sing I was taken aback by her mature tone.
Her voice is at once deep and distinctive and she’s a great songwriter
with an innate sense of who she is as an artist. I’m so excited for her
future and to be her producer!” added O’Neal.

The Huntington Beach native regularly performs at venues throughout her
home state with her band Highway 39. On August 16 and 17, Ooms, who has
opened for artists including country music icon Tanya Tucker, will open
for John Fullbright and The Swon Brothers at the Oklahoma Festival of
Ballooning at Muskogee’s historic Hatbox Field.

“We’re Chasing Waves Like We’re Chasing Dreams” is the line that inspired this song and is the inspirational image Ooms hopes to leave with her listeners.

Sixteen-year-old singer-songwriter Olivia Ooms has the mature vocals and
songwriting prowess of an old soul. The Huntington Beach, Calif. native
caught the attention of Radio Disney and CMT with her new single
“Thoughts of You.” Both of those national media platforms debuted her
music through the RDYou station and CMT Artist Discovery program. The
multi-talented entertainer’s passion for country music is evident in
every performance from opening for Lady Antebellum and Old Dominion with
her band Highway 39 at Coastal Country Jam, to entertaining crowds of
fans during CMA Fest, and opening for country music icon Tanya Tucker,
whose path Ooms can certainly relate to as a teenage songstress rising
to fame. While not on the road, Ooms is actively involved with her
performing arts magnet program at her high school and throughout the
community through her involvement with the Community Outreach Alliance,
Alzheimer’s center and work with children. Visit www.oliviaooms.com for more information about Ooms.