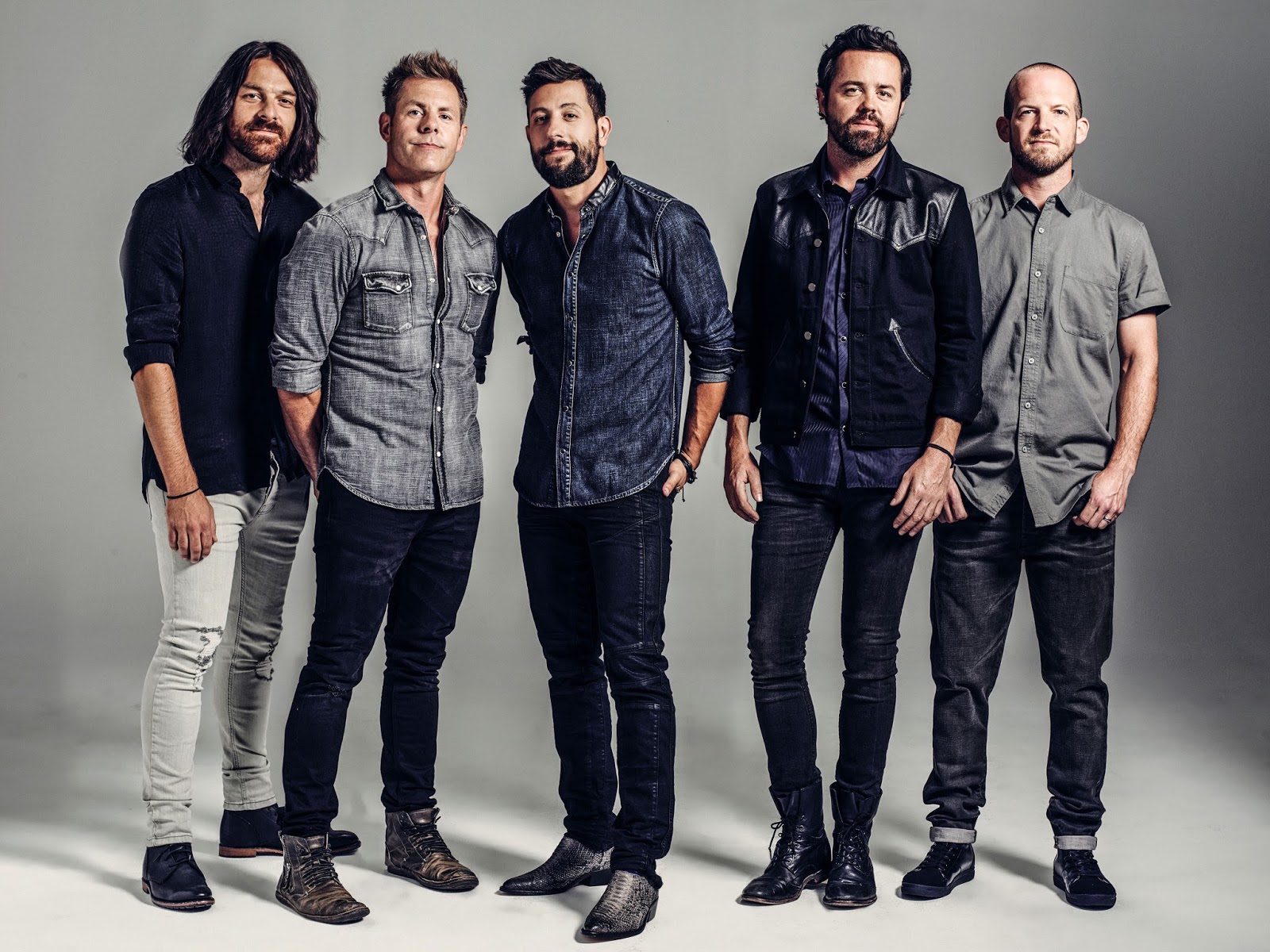 OLD DOMINION’S ASCENSION CONTINUES WITH TWO AWARD NODS FROM THE ACADEMY OF COUNTRY MUSIC INCLUDING VOCAL GROUP OF THE YEAR
Tune in tonight for Old Dominion’s late night debut on ABC’s Jimmy Kimmel Live — performances of current rapid-climbing single “Snapback” and multi-week No. 1 “Break Up With Him” from Meat and Candy

“As songwriters, we started playing together so our songs would be heard
and people would hopefully want to cut them,” says now four-time No. 1
hit maker and lead singer Matthew Ramsey. “So to know that as a band we
have been honored by receiving this type of recognition has us all
feeling incredibly grateful and truthfully, a little speechless.”

The two nominations are Old Dominion’s first. The band will have another
first tonight when they make their late night debut on ABC’s Jimmy Kimmel Live, Feb. 1 at 10:35 p.m. CT / 11:35 p.m. ET. They are set to perform two tracks from their album Meat and Candy, including
their smash debut single “Break Up With Him” and “Snapback,” their
current single that is soaring up the charts – at No. 20 and 21, on Billboard and Mediabase respectively,  in only its first month at Country radio.

Old Dominion is continuing to gain momentum with their do-it-yourself
approach. From writing and recording every song they release to
performing their own hits live, they are earning their name as “one of
country music’s few current, self-contained bands,” as NPR recently declared.

Fans can catch Old Dominion on their headlining Meat and Candy Tour that
has already claimed sellouts in 15 markets across the U.S. With
upcoming performances at Country Radio Seminar’s highly-regarded New
Faces Show and a stop in London, UK at the C2C after party, Old Dominion
will have a busy 2016 before they join Kenny Chesney for the second
straight summer along with Miranda Lambert and Sam Hunt.

The Academy of Country Music Awards will be broadcast live from Las Vegas, Nev. on Sunday, April 3 on CBS.

About Old Dominion
RCA Nashville recording act Old Dominion has been writing songs and
honing its live show in Music City for 10 years. While many of the
group’s songs have been recorded by top artists including Kenny Chesney,
Keith Urban, Luke Bryan, The Band Perry, Chris Young and more, the
group is currently focused on performing its own brand of country
stripped down and raw but muscular enough to fit in on today’s country
radio. Their recent debut single “Break Up With Him” spent two weeks at
No.1 on the Country charts and was certified GOLD by the RIAA. The band
released its debut full-length album Meat and Candy on Nov.
6. Produced by GRAMMY Award winning songwriter/ producer Shane McAnally.
They will join Kenny Chesney’s 2016 tour. Their new single “Snapback”
is at Country radio now.