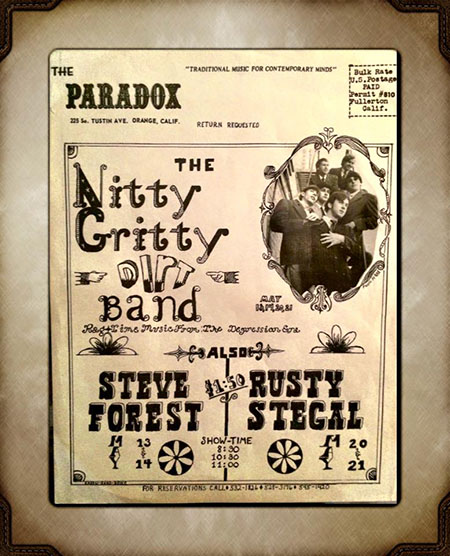 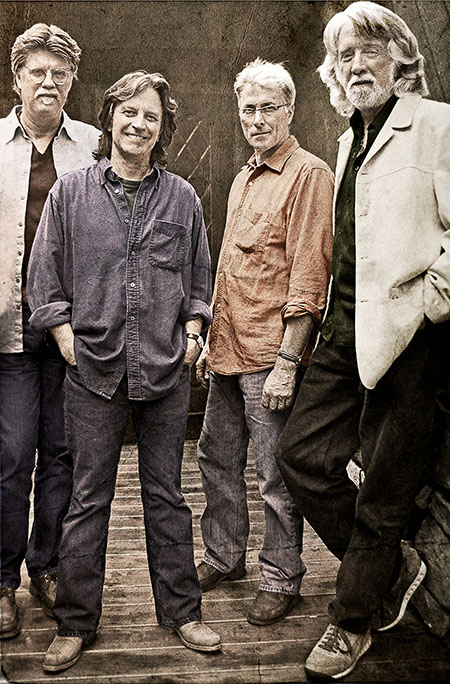 NASHVILLE, Tenn. (May 13, 2016)
– The Nitty Gritty Dirt Band made their first public appearance 50
years ago May 13, 1966 and now they’re marking that milestone with more
airings of their star-studded televised PBS Pledge Special. Click here to find dates and times for when the PBS Pledge Special airs in your market.

“We never could’ve imagined being able to do this, a job we all love
so much, for 50 Years! Our biggest thanks goes out to our amazing
fans!!” Nitty Gritty Dirt Band said.

There will be an accompanying CD and DVD that include extra songs and
performances as well as concert tickets and meet and greets in select
markets available exclusively through PBS member stations.

The Nitty Gritty Dirt Band has a full slate of dates to celebrate
their Golden 50th anniversary planned to run through the end of 2017,
with many additional dates to be announced.

ABOUT NITTY GRITTY DIRT BAND:
The iconic and profoundly influential Nitty Gritty Dirt Band, often
cited as a catalyst for an entire movement in country, rock and American
roots music, marks its 50th birthday of nonstop touring and recording
vital music. Formed in California in 1966, the Nitty Gritty Dirt Band
consists of founding members Jeff Hanna (guitars/vocals), Jimmie Fadden
(drums/harmonica/vocals), John McEuen (banjo/fiddle/guitar/mandolin),
and Bob Carpenter (keyboards/accordion/vocals). The group has lasted
longer than virtually any other group of their era with multi-platinum
and gold records, including legendary hits “Mr. Bojangles” and “Fishin’
in the Dark” (certified platinum for digital downloads in 2014 and the
longest recurrent country radio song of all time). Their groundbreaking
1972 Will The Circle Be Unbroken album, which assembled the
living legends of country, bluegrass and mountain music to record what
many critics have hailed as “an American treasure,” has been inducted
into the U.S. Library of Congress and the Grammy Hall of Fame. “Mr.
Bojangles” was also inducted into the Grammy Hall of Fame in 2010. Most
recently the Nitty Gritty Dirty Band was inducted into the Colorado
Music Hall of Fame, class of 2015. For more information, visit nittygritty.com.