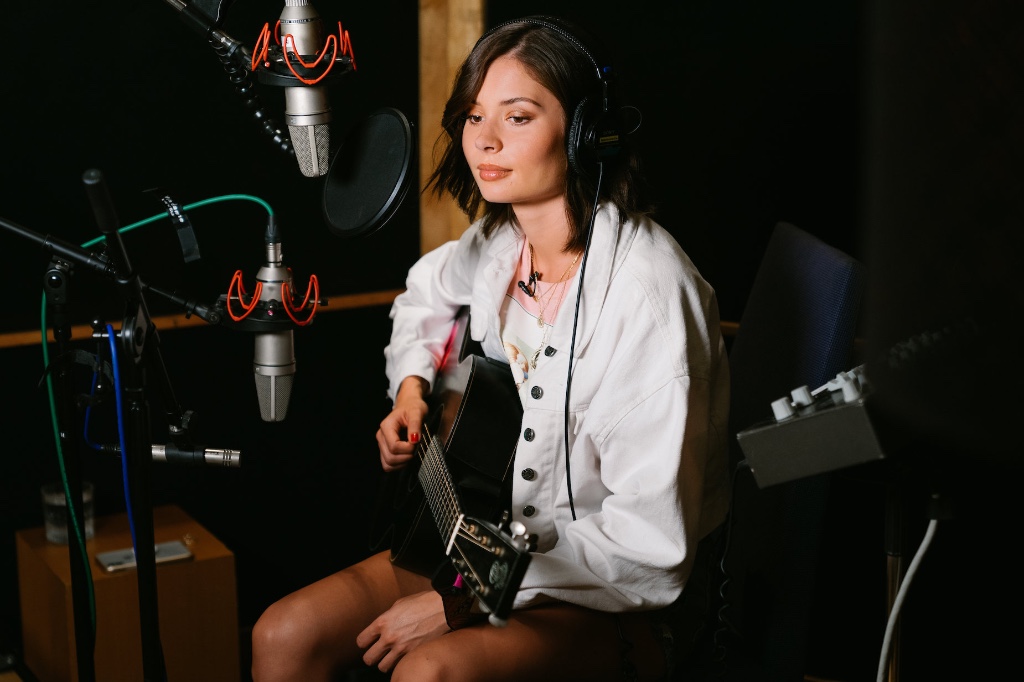 LISTEN
“CRY ME A RIVER”

Nina Nesbitt has teamed up with a 6-piece gospel choir to record an acoustic version of Justin Timberlake’s ‘Cry Me a River,’ the
classic Timbaland-produced Britney Spears break up track from JT’s 2002
debut ‘Justified.’ Stripped back and raw, Nina’s bittersweet vocal,
combined with the choir’s harmonies, lift the track to a whole new level
of emotion.

Recorded at Metropolis Studios in London, the track is now available exclusively on Spotify as part of their Spotify Singles. Also available is an acoustic version of Nina’s current single ‘Loyal To Me,’which was recorded with the same gospel choir.  ‘Loyal to Me’ has now amassed 3 MILLION STREAMS and has received praise from The New York Times, Rolling Stone Magazine, PAPER, Billboard and many more.

“Loyal to me started very stripped back so I wanted to showcase this
in the singles session. I’ve always wanted to perform with a choir and
with all the harmonies in the track it seemed like the perfect moment. I
feel like you can really hear the lyric in the stripped arrangement and
choir give it a new energy.

Cry me a river is one of my favourite 00s songs. I wanted to pick a
song that was well known, a classic pop hit and turn it into my own
style. I love that I could get 3 vocal octaves in there throughout the
song and the melodies gave plenty of room to play around. The lyric of
the song is actually really sad and emotional so I wanted to make a
version that showcased that.” – Nina

This is not the first time Nina has teamed up with Spotify. In March Nina revealed a new track ‘Psychopath’ for the launch of Spotify’s ‘Louder Together’ initiative, a program bringing artists together to collaborate on an original SpotifySingles song in the spirit of community, empowerment and inspiration – Nina being the only UK artist asked to take part. Coinciding with Women’s History Month, Louder Together’s debut single, ‘Psychopath’ partnered emerging female artists, Sasha Sloan, Nina Nesbitt and Charlotte Lawrence, who came together for the first time to create and record an original Spotify Singles song.

Having grown-up in a small village just outside Edinburgh, Nina Nesbitt enjoyed a whirlwind of success with the ‘Peroxide’ album, but she was soon ready to move on. An organic evolution, her 2016 track ‘Chewing Gum’ was the
sound of her breaking out of her comfort zone and indulging fully her
love of pop. Her desire to challenge herself continued with the low-key ‘Life in Colour’ EP which found Nina writing emotional and sometimes dark stories that were inspired by experiences which fans had sent to her.

Still only 23-years-old, Nina Nesbitt has found a way
to make it work for her in an industry that often doesn’t give you the
time to settle into the artist you want to be. Rather than rush into
making another album for the sake of it, she waited for the inspiration
to strike and let it slowly take shape organically. What she excels at
is being an artist, but one that’s fully in control – the very best
kind.

This fall, Nina will be returning to North America for a 17-date tour with American singer/songwriter MAX.
The tour kicks off in Seattle, Washington before winding down the West
Coast, hitting major cities including Vancouver, Portland, San
Francisco, Los Angeles, Phoenix, Salt Lake City, Denver, Austin,
Houston, Dallas, Kansas City and concluding in St. Louis. In the
meantime, Nina will be embarking on a number of prominent UK summer
festival dates alongside support slots with UK artists James Arthur and Lewis Capaldi.  For a full list of tour dates and ticket information, please visit www.ninanesbittmusic.com/home/#tour.