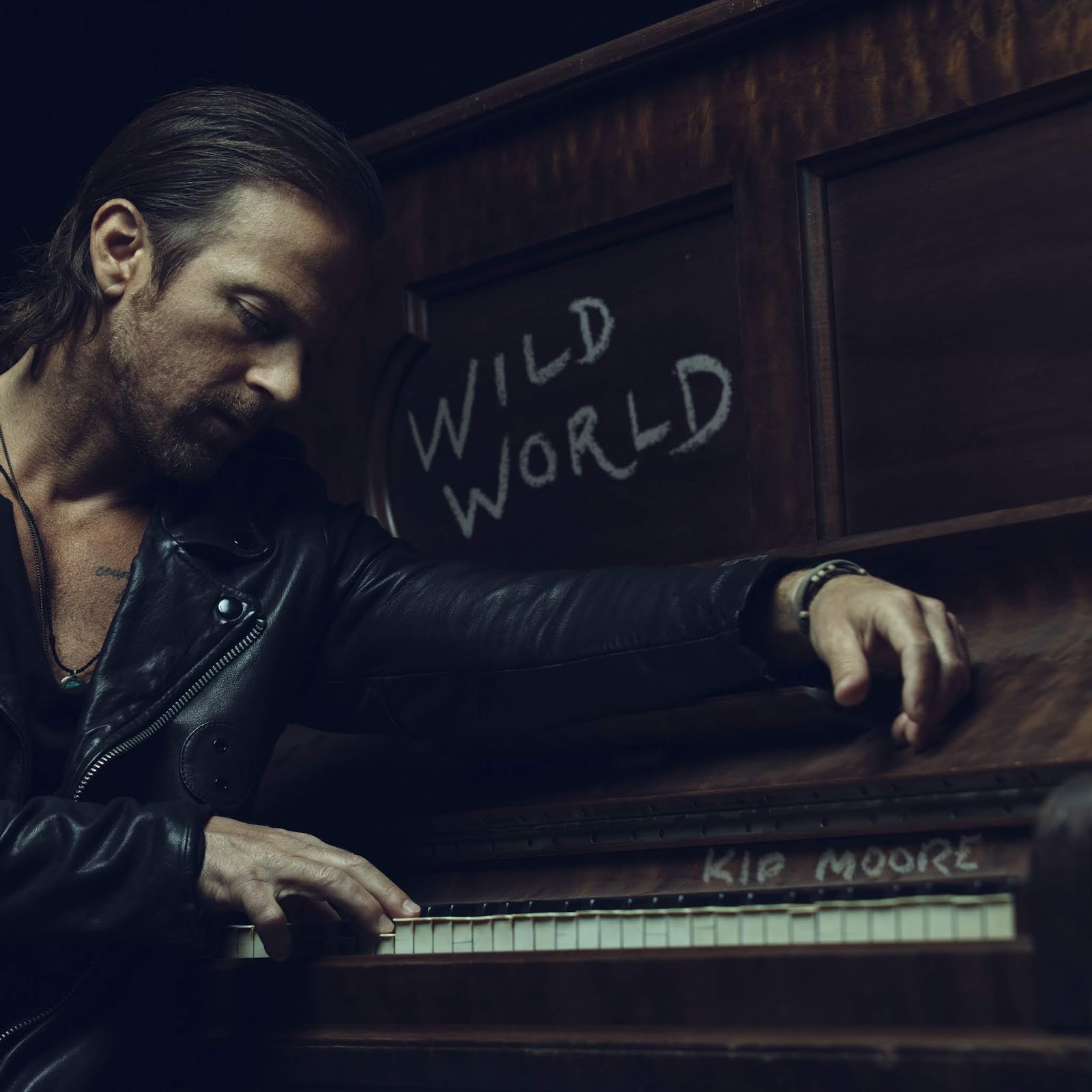 Multi-PLATINUM singer/songwriter Kip Moore announced today that his highly-anticipated fourth studio album WILD WORLD will be available May 29 and is available for physical pre-order now. Sharing the news exclusively with Billboard,
Moore also gave his notably fierce fan following a taste of what to
expect, releasing the upcoming collection’s title track that “anchors
the album” today, available to listen here. Fans can also tune in to a special livestream on Moore’s Facebook and Instagram today at 3pm CST.

Co-writing all but one of WILD WORLD’S insightful tracks,
Moore navigates the search to find a place and purpose. Throughout the
13-song collection that search is revealed in deeply personal terms,
with Moore even self-producing the set, with help from David Garcia,
Luke Dick and Blair Daly on respective tracks. The weathered
heartland-rock sound Moore has embraced on previous efforts gets its
emotional volume pumped up, recorded live with a full band, as substance
trumped style and the timeless prevailed over the trendy. Moore admits
the result includes a few quirks – but that just gives WILD WORLD the
character he values so much. “We wanted it to be more in-your-face,”
he says. “More earthy, more analog.”

That straightforward honesty arrives early on the record, starting
with the very first song, “Janie Blu,” about a girl who’s always been
special, but often stood in her own way – a compassionate,
force-of-nature plea to get your head right, before it’s too
late. Likewise, the sturdy “Southpaw” stands as a grunge-rocking
manifesto for the proudly out of touch, rejecting the notion of “going
with the flow” and showcasing just how Moore stands apart in today’s
Wild World. Meanwhile, the calming “More Than Enough” presents a better
option, blowtorch anthems like the “Fire And Flame” pour gasoline on the
quest for greater meaning and “Red White Blue Jean American Dream”
flies down an empty highway of optimism.

“I know it’s an unsettling time for a lot of people right now, and so
my hope is that this music can bring even just one person some
peace,” shared Moore. “I try to make music that reaches people in a pure
sense – something that’s light and easy to carry with you, but 1000
pounds of weight at the same time, and I think Wild World is just a
depiction of what I see. Life is one crazy, wild ride. But it can be so
simple if we look for the right things, and I think that is more
important than ever right now.”

Multi-PLATINUM singer/ songwriter Kip Moore has toured the world
headlining his own shows, earning acclaim and a rabid fanbase as an
all-in performer in each setting and most recently wrapping 40
sold-out headlining shows in The U.S, The U.K. and Canada. Praised by Noisey as “an uncompromising, genre-defying artist firing on all cylinders” Moore has blazed his own trail. The current CMA “International
Artist Achievement Award” nominee first splashed into the mainstream
with the double-PLATINUM “Somethin’ ‘Bout a Truck” in 2012, then
followed up with three more best selling No. Ones (“Hey Pretty Girl,”
“Beer Money” and “More Girls Like You”), a trio of ambitious,
critically-praised albums and two gritty EPs that landed Moore
on multiple “Best Of” lists. Moore is currently gearing up to hit the
road this summer as a special guest on Sam Hunt’s THE SOUTHSIDE SUMMER
TOUR. For more information visit kipmoore.net.