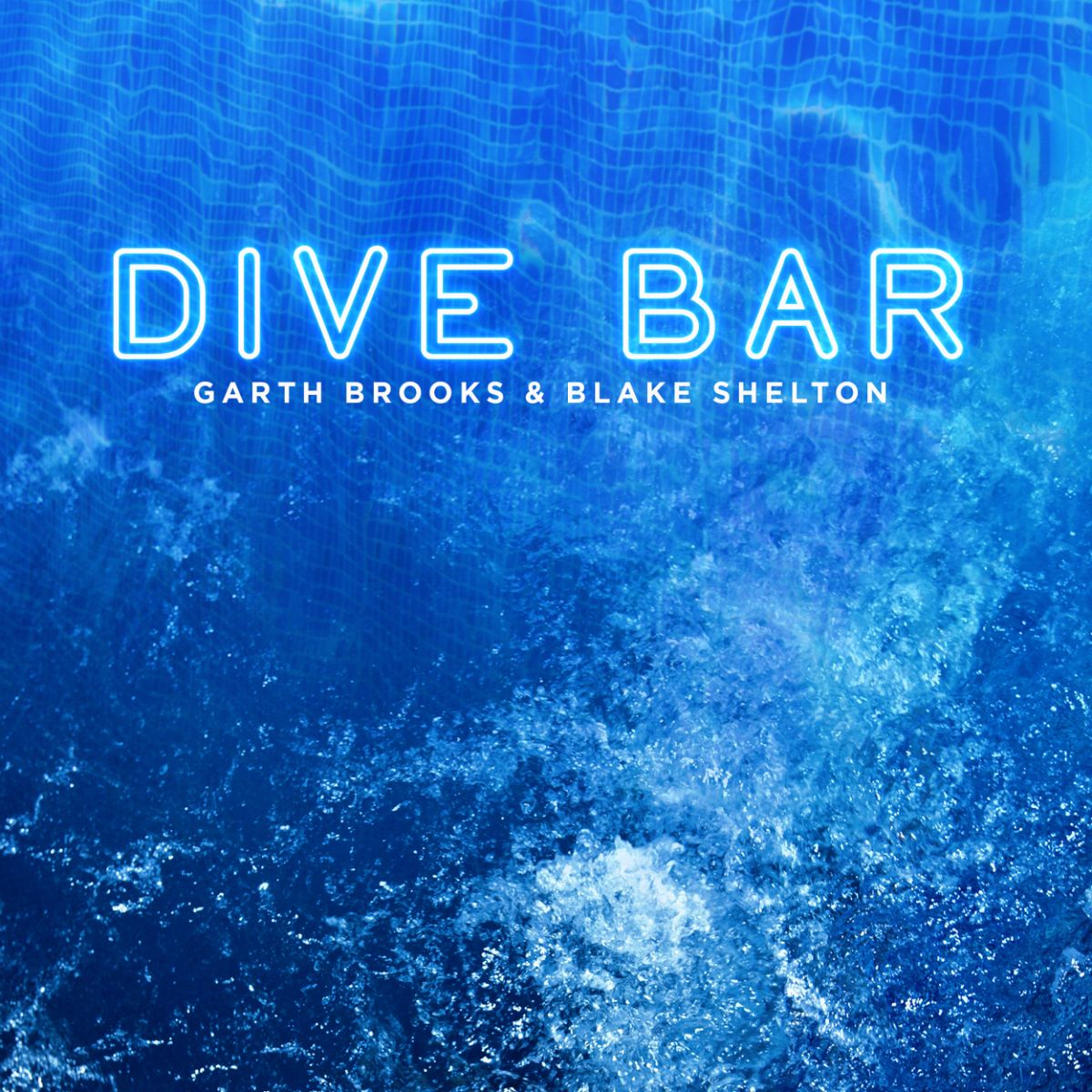 Garth Brooks’ new song featuring Blake Shelton, “Dive Bar,” is available exclusively at country radio today. Heralded by Tennessean as
a “romping beer-soaked, blue collar anthem that hearkens to ‘Friends in
Low Places’ and showcases both singers as the life of the party.” Fans
can tune into any country radio station to hear the song before it
becomes available on Amazon Music as part of Amazon Prime Day. “Dive
Bar” is taken from Brooks’ forthcoming studio album FUN, and is his
first musical collaboration with Shelton, whose current hit, “God’s
Country,” is in the Top 5 at country radio. A preview of “Dive Bar” can
be heard here.

Brooks and Shelton are set to perform the song live for the first time
in Boise, ID on 7/19 at a stop on the monumental THE GARTH BROOKS
STADIUM TOUR. Since launching the tour, Brooks has broken attendance
records in St. Louis, MO at The Dome at America’s Center, Glendale, AZ
at State Farm Stadium, Gainesville, FL at Ben Hill Griffin Stadium, two
sold-out nights at Minneapolis, MN’s U.S. Bank Stadium and Denver, CO at
Mile High Stadium. Additional upcoming shows are already sold-out in
Eugene, OR at Autzen Stadium on 6/29 with Regina, SK’s Mosaic Stadium
show on 8/10 and Boise, ID’s Albertsons Stadium show on 7/20 both
selling out in under an hour, averaging just over 75,000 tickets in each
city.

Brooks has now gone vinyl with a new package titled, LEGACY. During the
first pre-sale, he smashed records with 20,000 packages sold in under 18
hours, that’s 420,000 vinyl records. Forbes noted,
“To put this in context, The Beatles were the number-one vinyl artist
in 2018 with 321,000 sales over 12 months.” Additionally, Brooks just
received iHeartRadio’s inaugural Artist of the Decade Award at the
iHeartRadio Awards in Los Angeles. In October of last year, Garth Brooks
sold out the first ever concert at Notre Dame Football Stadium. The
concert, “GARTH: LIVE AT NOTRE DAME!” aired CBS with 14 million viewers.
On November 20th, 2018 Garth released The Anthology Part III, LIVE, a
detailed look at the electrifying concerts of Garth Brooks. He has been
awarded CMA Entertainer of the Year six times, a first for any artist.
He is also the first artist in history to receive 7 Diamond awards for
the now seven albums certified by the RIAA at over 10 million album
sales each and remains the #1-selling solo artist in U.S. history
certified by the RIAA with over 148 million album sales. He has received
every accolade the recording industry can bestow on an artist. Garth
has been inducted into the International Songwriters Hall of Fame in New
York, the Nashville Songwriters Hall of Fame, Country Music Hall of
Fame and most recently, the Musicians Hall of Fame. Last year, Garth
finished the three and a half year long, Garth Brooks World Tour with
Trisha Yearwood. The tour played 79 cities, 390 concerts with over 6.3
million tickets sold, making it the biggest North American tour in
history and the biggest American tour in the world.

Garth also has “Inside Studio G,” a weekly Facebook Live series. It airs
every Monday on Garth’s Facebook page at 7:00 PM EST. You can follow
him at: https://www.facebook.com/GarthBrooks, https://twitter.com/garthbrooks, http://instagram.com/garthbrooks.

CMA’s 2012 “Entertainer of the Year,” five-time Male Vocalist of the
Year winner and GRAMMY nominee Blake Shelton continues to add to his
superstar status. His current single “God’s Country” is in the Top 5 at
country radio with over 75 million on-demand streams. He performed the
“southern-rockin’ country stomper” (Rolling Stone),
which made its national TV debut on the 54th ACM Awards, on the road
for his sold-out “Friends & Heroes 2019” tour this year. The arena
run was one of the only nine country tours to make Pollstar’s Top 100
Tours in Q1 list. A member of the Grand Ole Opry, the Platinum-selling
entertainer has earned a host of honors throughout his career including
20 ACM nominations and both the male and overall Video of the Year
trophies at the 2018 CMT Awards. As a coach for the Emmy Award-winning
television show The Voice, Shelton is a six-time champion, most recently
with his contestant Chloe Kohanski. Off stage, he has teamed up with
Ryman Hospitality to open a string of Ole Red entertainment restaurant
venues, a nod to his 2001 hit of the same name, in his Oklahoma hometown
of Tishomingo as well as Nashville and most recently in Gatlinburg, TN.
Shelton’s most recent album Texoma Shore became his sixth record to
debut at No. 1 on the Billboard Top Country Albums chart and marked his
11th all-genre Top 10. It features the GRAMMY-nominated “I Lived It” and
his 25th No. 1 song, the Gold-certified “I’ll Name The Dogs,” which
boasts nearly 150 million streams to date. In the week following album
launch, Shelton became the first artist in Country Aircheck / Mediabase
history to have six songs chart simultaneously.