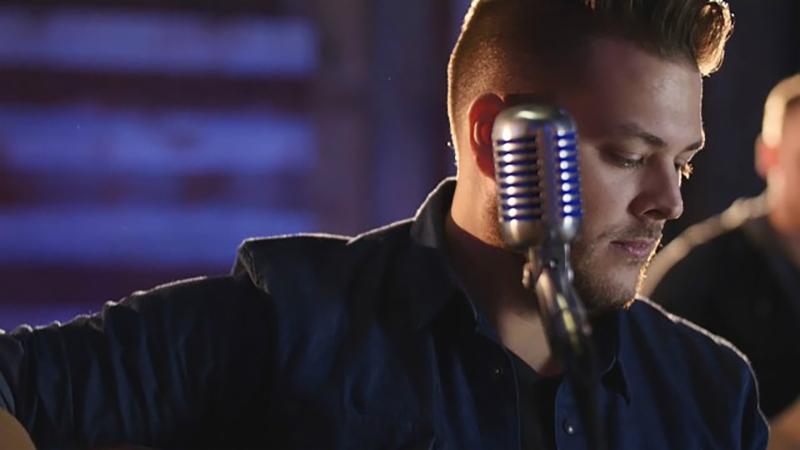 NASH Next Top 10 Finalist BRECKEN MILES Impacts Radio With New Single, “Liar Out Of Me”

NASH Next Top 10 Finalist BRECKEN MILES Impacts Radio With New Single, “Liar Out Of Me”

Singer/songwriterBrecken Milesheads in to the NASH Next national finale with his new single,“Liar Out Of Me,“impacting Country radio. A Top 10 finalist in the fourth annual
competition, Miles will be judged by a panel of celebrities that
includes Big Machine Label Group’s Scott Borchetta and entertainer Kix Brooks. The finale takes place on October 11 at Nashville’s famed Wildhorse Saloon.
Borchetta notes, “I’m always on the hunt for top-notch talent, and this
program provides an incredible opportunity to have our eyes and ears on
the ground in all of the great Cumulus country radio markets. If you
want to be Next,it’s game on.”

You made a liar out of me (Miles/Bollea/Duncan)

“I
love this record,” notes newcomer Miles. “I think it’s a song that will
have meaning for a lot of folks. And, I’m really pumped to be one of
the finalists in this huge competition. That in itself is a big
accomplishment, and I’m gonna rock the house.”

Singer/songwriter Brecken Miles has shared the stage with Luke Bryan, Brad Paisley, Luke Combs, Cam,
Blake Shelton, Phil Vassar, Big & Rich, Justin Moore, and others.
His far-reaching musical influences range from Garth Brooks to Johnny
Cash, and includes James Taylor. He’s performed in venues ranging from
the gigantic Summerfest (Lake Michigan), Wisconsin State Fair, Allstate
Arena (Chicago, IL), Country Thunder (Twin Lakes, WI), and FM 106.1 New Faces Class of 2018 at Pottawatomie Casino to the intimate, world-class Bluebird Café. Music
runs in the family: his father is a musician, and Miles followed that
tradition, picking up his first guitar at the age of 10. He was raised
in the small town of Colgate, Wisconsin where The Eagles, James Taylor,
Springsteen, and AC/DC ruled the household airwaves. Brecken fell in
love with Country music at a Kenny Chesney concert (2003) and never
looked back. In 2008, he became the front
man/lead singer and rhythm guitarist for the popular Milwaukee-based
band Bella Cain, performing over 200 shows a year until leaving the
group in 2014. He has since gone solo, made Nashville his second home,
signed an exclusive publishing deal with Rhyme Partners Music Publishing
and released two Top 50 MusicRow chart singles, “The Anchor” and “I’m Good With That.” Brecken is a devoted spokesperson forGenerations Against Bullying,a Milwaukee-based charity for which he wrote “God Loves,” the organization’s theme song.