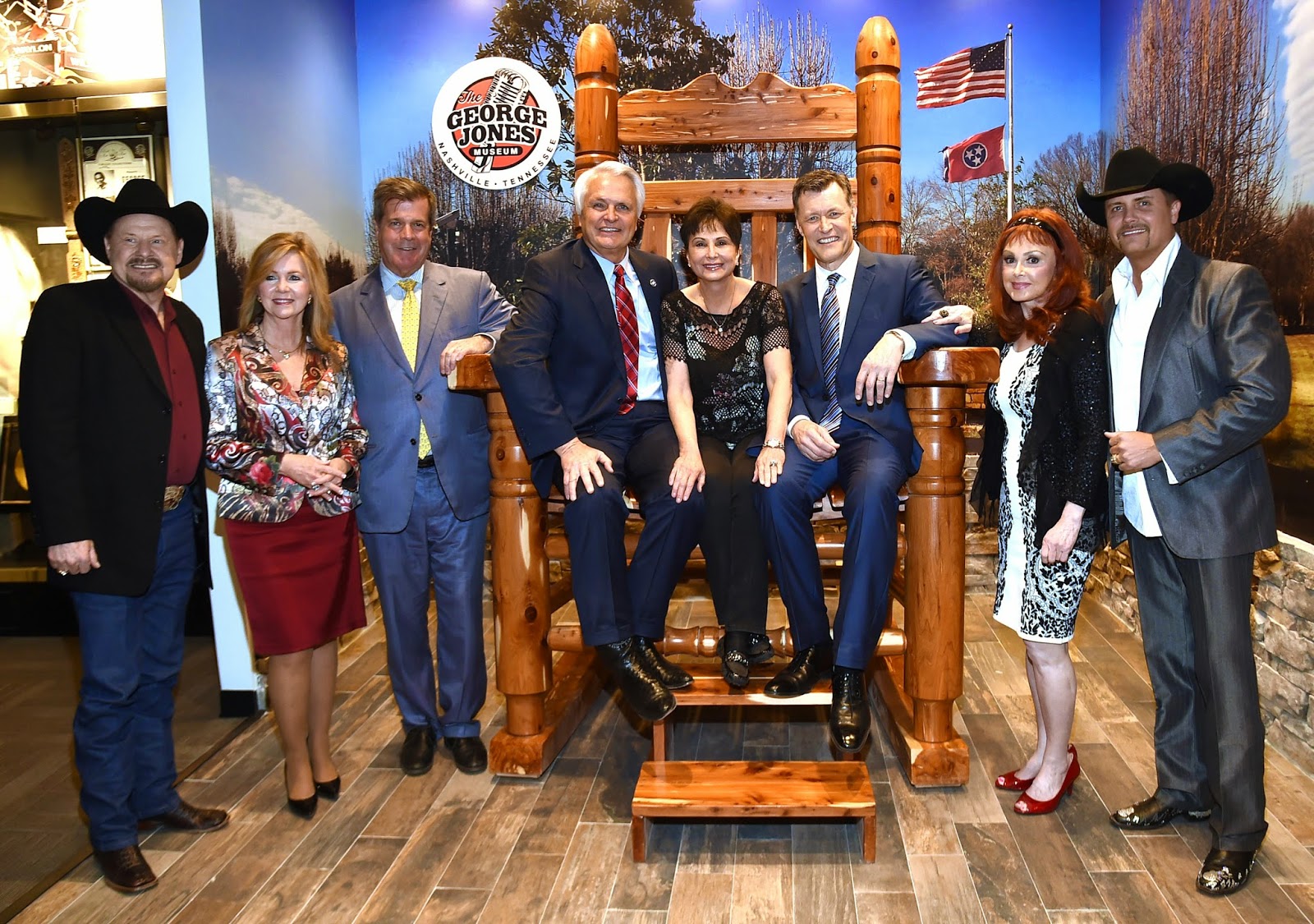 Nashville,
Tenn. (April 24, 2015) – Some of the biggest stars in country music
turned out for a red carpet event Thursday, April 23, to commemorate the
grand opening of the George Jones Museum, celebrating the life and work of one of the icons of country music. More than 800 people turned out for the gala event.

The museum is the result of years’ worth of effort by Jones’s wife,
Nancy, who announced the museum’s creation last fall. The grand opening
corresponds to the second anniversary of Jones’s passing, April 26. The
new museum is a world-class exhibition that documents Jones’s life and
cements his position in the history of country music.

“I was so touched to see how all of George’s friends came out
tonight,” said Nancy Jones. “George always thought he didn’t have any
friends and he’d tell me to build a museum but no one would come. Well,
here we are, and everybody came!”

Also among the museum’s first attendees was Jones’s sister, Helen
Scroggins. Now 93, she is the last remaining of eight Jones siblings. Nashville Mayor Karl Dean, U.S. Rep. Marsha Blackburn, and Tennessee Lt. Gov. Ron Ramsey
were among the dozens of celebrities, government officials, and
hundreds of music industry professionals who turned out to honor Jones
and his legacy.

In addition to the displays of Jones memorabilia and history in the
museum and a lobby gift shop, the George Jones Museum includes two
restaurants, a public exhibition space and event center, and a roof-top
bar that overlooks the Cumberland River and LP Field, home of the
Tennessee Titans.

The museum opened to the public Friday, April 24. Tickets are $20 for adults and $15 for children ages 6-15. The George Jones Museum is located at 128 Second Avenue North, just one block off of Broadway.