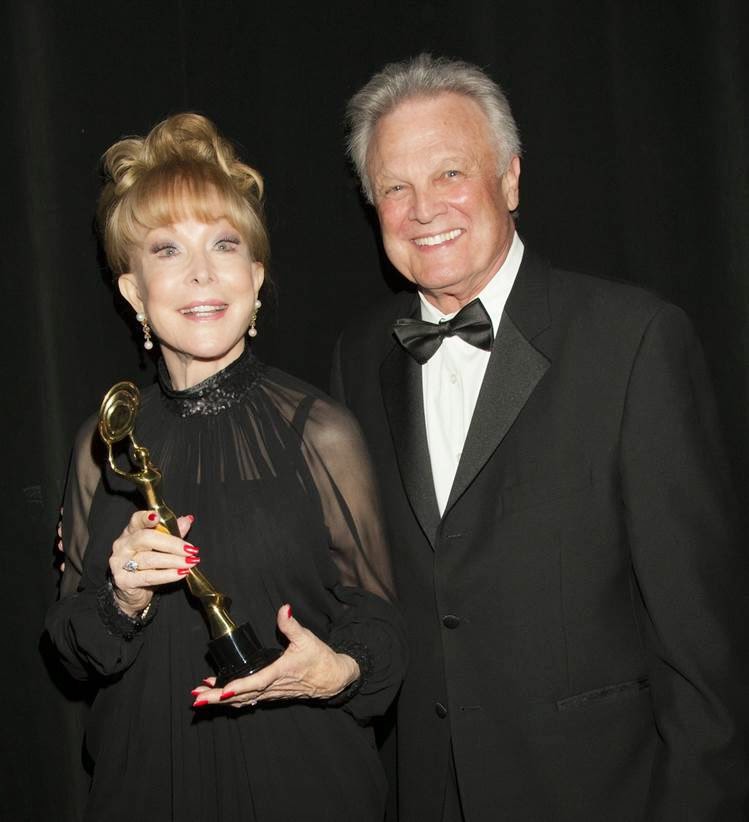 “Barbara is well known as Jeannie on the hit TV series ‘I Dream of
Jeannie,’ but her body of work spans decades and is well documented as
one of the most illustrious careers in Hollywood. She has also won many
prestigious awards and her generosity when it comes to her charity work
is second to none,” said Roe. “My wife, Josette, and I have known
Barbara and her husband Jon for years, and consider their friendship
very special.”

Roe is the singer-songwriter behind genre-defining hits “Sheila”
(1962) and “Dizzy” (1969), both of which are certified at more than 2
million airplays. In addition to “Sheila” and “Dizzy”, Roe helped define
the 1960s music scene with a string of Billboard Top 10 hits, including
“Everybody”, “Sweet Pea” and “Hurray for Hazel”. Eden was the star of
the hit television series “I Dream of Jeannie” which aired for five
seasons from 1965 to 1970, and in Flaming Star (1960) alongside Elvis Presley.

The 1st Hollywood Beauty Awards were presented by LATF, a daily news
site and monthly online magazine covering entertainment and lifestyle
content worldwide. Information about the HBAs is available on the LATF
Web site, www.latfusa.com.

About Tommy Roe
Tommy is a multifaceted international artist who wrote, co-wrote, and
recorded, six top ten hits between 1962, and 1969, more than any other
single artist/songwriter during this period of the 60’s, with four RIAA
certified gold records, and two of his hits, “SHEILA” and “DIZZY,”
topping the Billboard chart at #1. Tommy had a total of eleven records
reach the Billboard top forty, and twenty three Billboard top 100 chart
records. With similar chart success in England, and throughout Europe,
Asia, and Australia, Tommy is considered one of the early pioneers of
American pop culture. Born Thomas David Roe, on May 9, 1942, in Atlanta,
Georgia, Roe, who is sometimes known as the “father of bubble-gum
music,” has sold more than 60 million records, including six Top 10
hits, and four Gold Records.