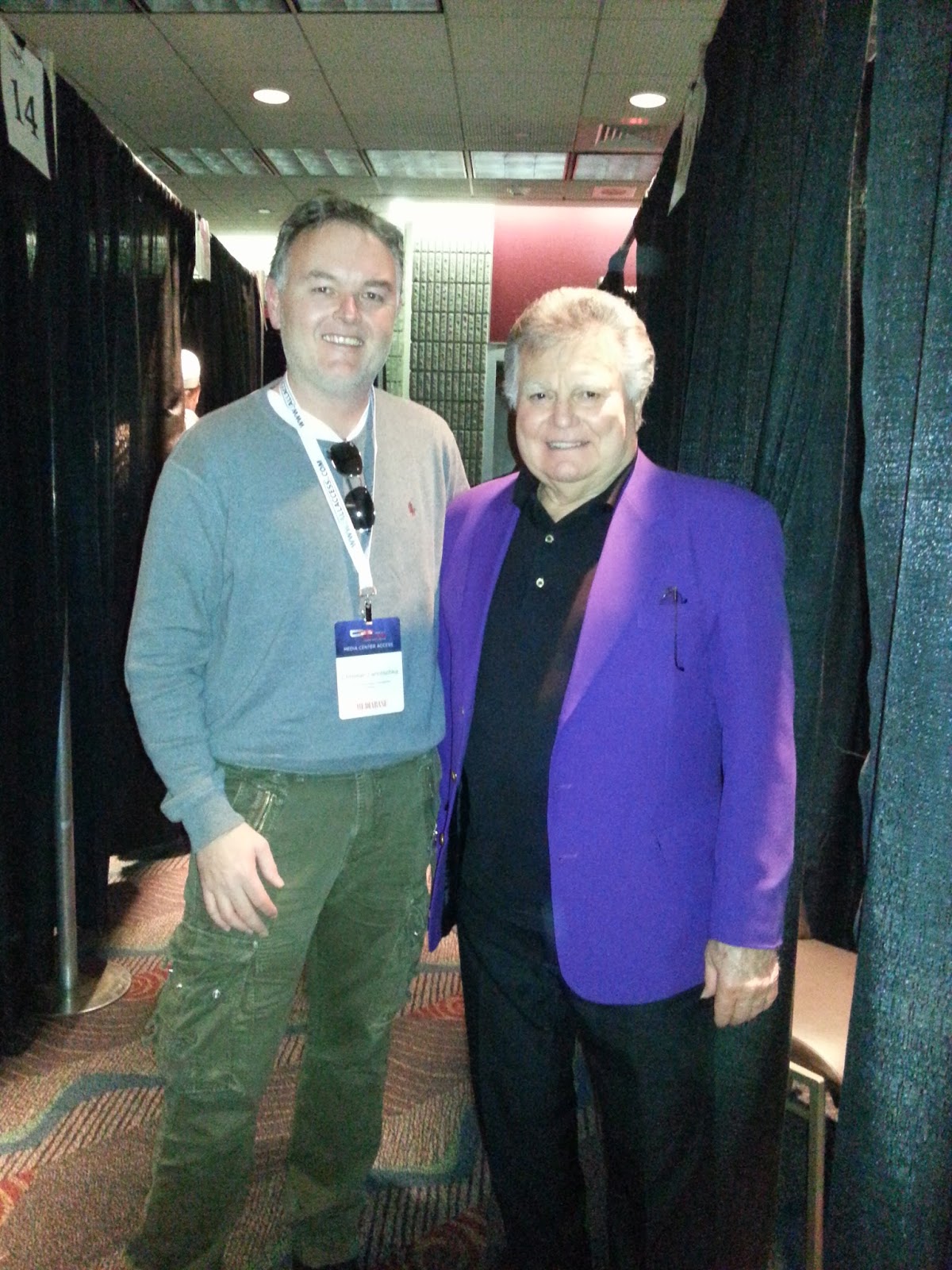 JEFFERSON CITY, Mo. (January 13, 2015) –
The members of the Missouri legislature will take time next Tuesday
afternoon to honor country music legend and Missouri native Leroy Van
Dyke. The Missouri House of Representatives will hold a brief ceremony
on the House floor as state Reps. Nathan Beard and Steve Cookson present
Van Dyke with an official House Resolution honoring him for his 60
years in the music business. Van Dyke is also scheduled to be honored on
the floor of the Missouri Senate that same day.

Both Beard and Cookson said it was a privilege to be able to
recognize a man who has had such a profound impact on the country music
business, and such incredible longevity in the industry.

“The impact Leroy Van Dyke has had on country music is unparalleled
and something we all should take immense pride in as his fellow
Missourians. I am blessed to have him as a constituent and so extremely
proud of the amazing career he achieved with talent, hard work and
perseverance. I am thrilled that my colleagues will join us in shining a
much deserved spotlight on the Missourian who is respected throughout
the country music industry as a consummate professional,” said Beard,
R-Sedalia.

“Our state has seen some truly outstanding men and women accomplish
amazing things, but few can rival the phenomenal accomplishments of
Leroy Van Dyke, who is Missouri’s ambassador for country music. He has
entertained millions over multiple generations, and continues to be a
world class entertainer today at the age of 86. He is truly one of our
state’s finest and most accomplished citizens, and someone I am proud to
be able to join my colleagues in recognizing,” said Cookson, R-Poplar
Bluff.

Van Dyke, who was born in Mora, Missouri in 1929, currently lives on a
ranch near Sedalia. A University of Missouri graduate, he first
achieved country music fame in 1956 with his hit song, “The Auctioneer”,
which sold more than 2.5 million records. Van Dyke was also famous for
his song, “Walk on By”, which was named by Billboard Magazine in 1994 as
the biggest country music single of all time. In total, Van Dyke
recorded more than 500 songs with dozens of them making the charts. For
his many successes in the country music business, Van Dyke was made a
member of the Grand Ole Opry; named the Country Music Entertainer of the
Decade for the 1960s by music industry experts; and inducted into North
American Country Music Association, International, Hall of Fame.

Van Dyke also had a successful career in other mediums as he starred
in the leading role in the 1967 movie “What Am I Bid?”, and served as a
cast member on the ABC television show “Ozark Jubilee”. Van Dyke also
co-hosted the Country Crossroads radio show, which became the most
widely syndicated radio show in country music history. In addition to
his success as a country music entertainer, Van Dyke served his country
in Korea as a special agent with the U.S. Army Counter-Intelligence
Corps. He also is a member of the National Auctioneers Association Hall
of Fame, and is the author of “Auctioneering, Motivation, Success”.

Cookson and Beard plan to honor Van Dyke for his many accomplishments
when the House convenes for session at 4 p.m. on Tuesday, Jan. 19.

ABOUT LEROY VAN DYKE
Leroy Van Dyke of “Auctioneer” and “Walk On By” fame is known around
the world as an entertainer, recording artist, radio and television
star, auctioneer and veteran of the Las Vegas circuit. He has recorded
more than five hundred songs. Van Dyke has performed an estimated 3,500
shows at agricultural events, including fairs and livestock events, in
addition to a great variety of engagements. In his six decades of
performances, he has never missed a show.