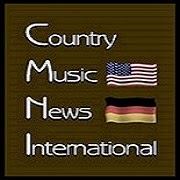 Miranda Lambert has followed her path with the surefootedness
of a high-wire aerialist who prefers working without a net. Betting on herself,
sticking to her convictions, doubling down when caution might have seemed the
wiser choice – every risk she took and every due she paid led directly to her perch at the top.

“I didn’t go to college
because I knew I’d just be wasting my parents’ money. I told them, ‘If you’ll
let me pursue music, I’ll make it work.’ At 19, going into Nashville record
labels and saying, ‘Hey, I’m gonna do this my way or I’m not gonna
do it’ … What was I thinking?” said CMA’s reigning Female Vocalist of
the Year, laughing at her own early self-assurance. “I could have lost everything
right then! But I knew I had to make the music I wanted to make and sing about
what I wanted to sing about. I never was tempted to go in a direction I wasn’t
comfortable with. Playing it safe has never been an option.”

This is evident on Platinum,
the fifth in Lambert’s line of successful album releases.

During the Platinum sessions,
Lambert invited some of her heroes and peers to join in as guest artists. Little
Big Town appears as a result of a conversation with Karen Fairchild about “Smokin’
and Drinkin’” (written by Hemby, Luke Laird and Shane McAnally), a song that
Lambert had on hold. “Karen said, ‘We’ve heard the song and if you don’t
want it, we’ll take it,’” she recalled. “I told her, ‘Well, hey, I want
to have harmonies and sound like a bunch of people singing around a campfire,
so why don’t you guys just sing on it with me?’”

For “Somethin’ Bad” (Chris DeStefano, Brett James
and Priscilla Renea), Lambert chose Carrie Underwood for the vocal thrash-out.
“I respect Carrie so much as an artist, as a singer and as a female,” Lambert
said. “She’s strong and smart, and we’re two of a kind the way we’ve had
to work to get where we are. I was nervous to ask her because I didn’t know
how she’d feel about it, but she was right on board.”

But no moment in the recording
process gave Lambert a case of rookie nerves as much as working with Vince Gill
and the legendary Time Jumpers on “All That’s Left,” a Tom T. and Dixie
Hall song she had heard on a bluegrass station while driving home from a Beyoncé
concert in Dallas. “I was so nervous and excited to have The Time Jumpers singing
on my record that I couldn’t get my act together,” Lambert insisted. “It
was crazy. I had to go back into the studio later and sing my part after everybody was gone.”

Now 30 years old, Lambert
senses a subtle, shifting wisdom and maturity in herself. She knows that her choices
matter. And so far, she says, so good.

“I’ve had the exact career I would want,” she
said. “I didn’t shoot to the top immediately. It’s been a slow, steady burn.
And I got to do it the right way — my way. I think Platinum is exactly
the album I need right now. It’s who I am and where I am at this moment in my life.”