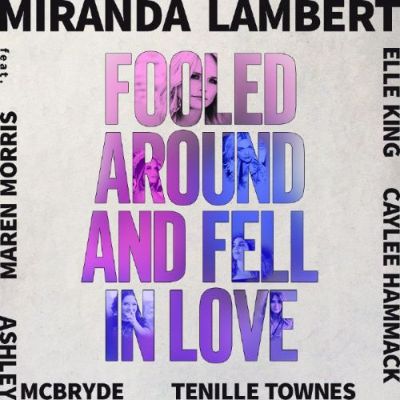 Miranda Lambert and the
women of the Roadside Bars & Pink Guitars Tour are kicking off the
cross-country trek in style, releasing today a special version of
“Fooled Around and Fell in Love” featuring Maren Morris, Elle King,
Ashley McBryde, Tenille Townes, and Caylee Hammack – all of whom will
open for Lambert on select dates. Listen here.

“The girls on the Roadside Bars and Pink Guitars Tour can sing their
asses off,” said Lambert. “There’s something crazy about seeing these
artists with a new fire in their eyes. It reignites your own flame. I’m
so excited to watch them every night on tour.”

The Roadside Bars & Pink Guitars Tour launches this evening with a
two-night stand at the Mohegan Sun Arena in Uncasville, CT and ushers in
a new artistic chapter for Lambert, who will release her eagerly
anticipated studio album Wildcard Nov. 1 via Vanner Records/RCA Nashville.

The most decorated artist in the history of the Academy of Country
Music, Lambert is the recipient of more than 70 prestigious awards and
special honors: 34 ACM Awards (including 9 ACM Female Vocalist of the
Year Awards), 13 CMA Awards (Country Music Association), 2 GRAMMY
Awards, the Harmony Award (Nashville Symphony), Artist in Residence
(Country Music Hall of Fame), the ACM Gene Weed Milestone Award, ACM
Song of the Decade Award, and several others.