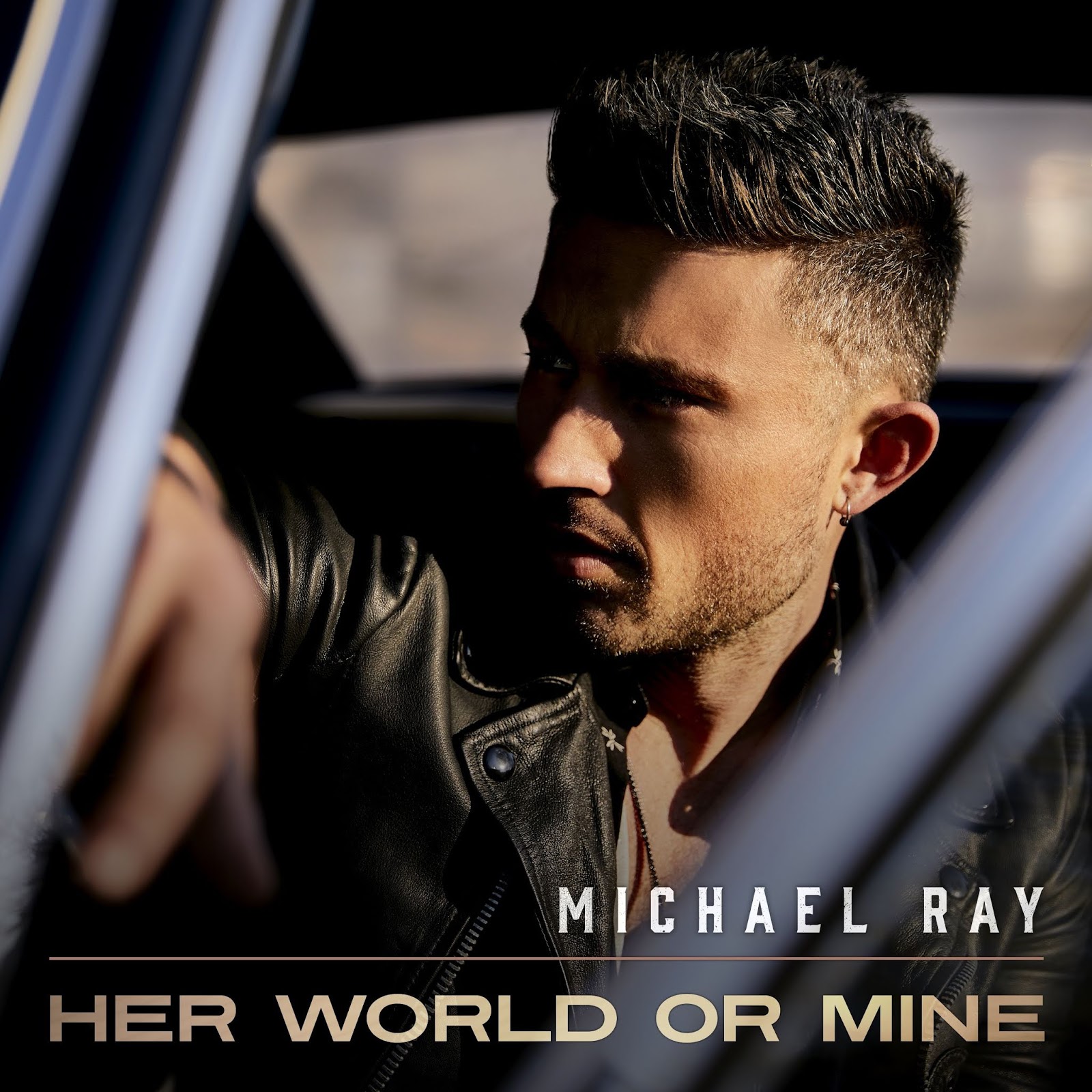 Michael Ray Readies “Her World or Mine” Following 3rd No. 1

Michael Ray may
be on the highest of highs after an incredible year of sold-out shows, a
No. 1 single and traveling around the world performing for fans,
however, he’s no stranger to heartbreak as he shares a thoughtful and
honest perspective about love and loss in his latest single “Her World Or Mine.”

Ray’s fourth single is the emotional centerpiece of his sophomore album Amos and
starkly contrasts the carefree theme and upbeat sound of his recent
No.1 hit, “One That Got Away.” His relatable ballad examines both sides
of a breakup and how painful moving on can be. The heartbreak expressed
in “Her World Or Mine,” Ray says, “is the reason I got into country
music.”

“When
we added ‘Her World or Mine’ to our live show last year, the response
was immediate and now every night on the road the crowd sings it back to
us,” shares Ray. “I think it has resonated so strongly with fans
because no matter which side you are on…the one who has moved on or the
one who is hanging on…everyone has been there at some point in their
life, they see themselves in this song. I certainly do.”

One of us took that one from Mexico, threw it in the trash

One of us don’t even notice

When the radio plays that song

One of us breaks down and has to pull over

Whenever it comes on

No there ain’t no in between

When it comes to her and me

One of us moved on, one of us got stuck

One of us is drinkin’ just for fun

One of us is drinkin’ to get drunk

One of us sleeps good

One of us hates to face the night

Just depends if you’re talkin’ about

Her world or mine

The emotional song was written by Brett Beavers, Jamie Paulin and Travis
Denning and produced by Scott Hendricks. The track has been described
as a “poignant ballad” by Rolling Stone while People proclaims, “Michael Ray finds a new kind of coolness … by being more vulnerable.”

Ray is currently on the road continuing his popular Nineteen Tour,
which includes festival appearances at Tortuga Music Festival,
Stagecoach and Country Thunder. Michael will join Brantley Gilbert on
his 2019 tour Not Like Us.

Dates marked with an asterisk (*) are Brantley Gilbert’s Not Like Us tour that feature Michael Ray.

Country singer-songwriter Michael Ray was a hit right out of the box,
scoring both with critics and on the charts. With Country Aircheck
boasting there are “big things on the horizon for Michael Ray” and his
live shows lauded by USA Today as simply “lip-smacking good,”
the Florida native backed up that praise with two number ones from his
2015 self-titled debut album with “Kiss You in the Morning” and “Think a
Little Less.” His sophomore album, Amos, which debuted in the Top 3 on the Billboard Country Charts upon release has already spawned the hit “Get to You” and third No. 1 “One That Got Away,” which All Access declared “an undeniable crowd pleaser.” Learn more about Ray at MichaelRayMusic.com or follow him on Facebook at facebook.com/MusicMichaelRay, Instagram @MichaelRayMusic and Twitter @MichaelRayMusic.