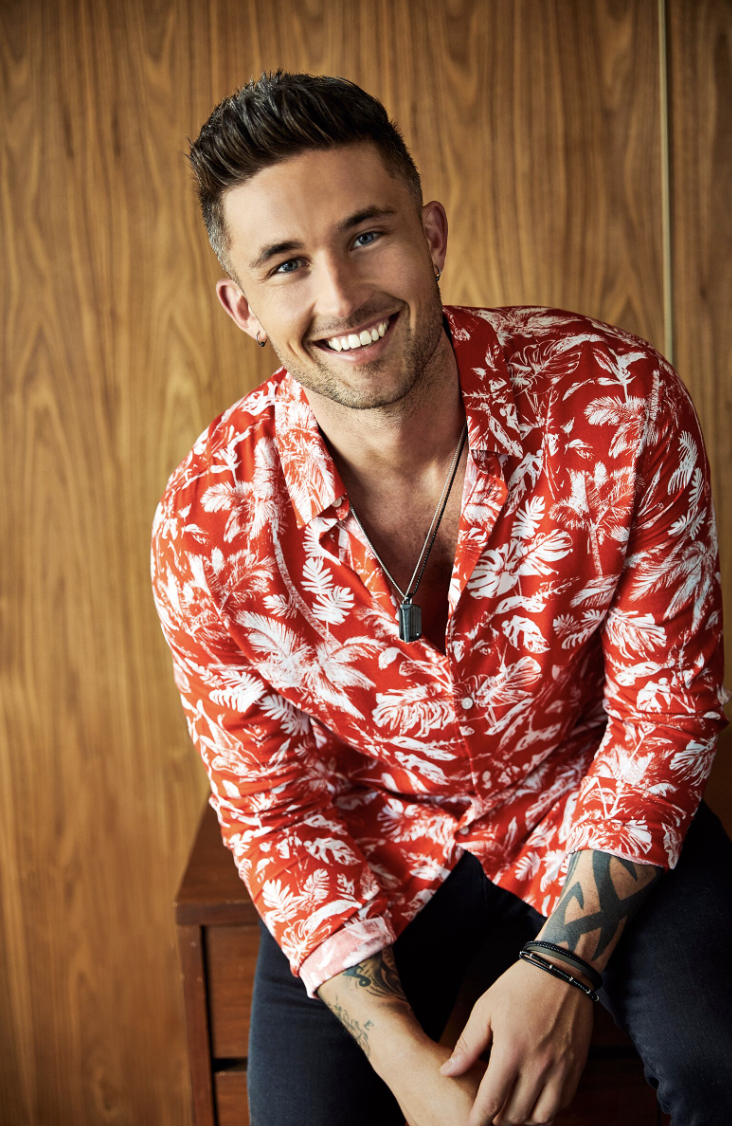 Michael Ray says the heartbreak expressed in “Her World or Mine,”
poignantly brought to life in his latest video, “is the reason I got
into country music.” The video premieres today exclusively with “Good
Morning America” and ABC.com. Ray’s third single is the emotional
centerpiece of his 11-song sophomore album Amos and starkly contrasts the carefree theme and upbeat sound of his last single and third No. 1 hit, “One That Got Away.”

“I wanted to tell the story of my parents’ divorce and that part of my
life – the confusion and the fact that it wasn’t easy for a while. And
losing my grandparents was a massive hit, not only to me, but my whole
family,” explains Ray.

The new video features film and television star Chad Michael Murray in the role of Michael’s father. The two met at the CMT Awards four years ago and have been friends ever since.

“This song touched me. It’s my favorite, personally,” Murray said.
“Watching the song play and seeing everybody react and seeing them go
through their own honest memories is trippy. It’s really fun to watch.”

The video for “Her World Or Mine” is based on Ray’s experience as a
child of divorce, with his entire family and himself as a child
portrayed, as they navigate hard life changes and separation until the
death of Ray’s grandmother brings them together.

“It’s so relatable and it deals with so many issues that everybody’s
going through,” continued Murray. “You’re going to see so many people
come up to you and say, ‘That’s my song.’ And it will be for different
reasons because they went through different trials and tribulations to
get them there. That’s what’s cool about it.”

Ray was raised in rural central Florida and was very close with his grandfather, who taught him how to play guitar.

“When my parents were going through their divorce is when my grandfather
started teaching me guitar chords – it was my outlet. It was my way to
get away from all the hell and chaos that was going on,” shares Ray.

However, this year has brought the singer new-found happiness with his
love Carly Pearce. Earlier this month, Ray married the country star in
Goodlettsville, Tenn. The pair’s nuptials were featured inPEOPLE Magazinewith all the details of their big day.

Ray is currently on the road with his popular Nineteen Tour in
the U.S. and England. He will join the Carolina Country Music Cruise
2019 to the Bahamas and is also set to appear with Old Dominion on
their Make It Sweet Tour in Providence, R.I. on Nov. 8; Syracuse, N.Y. on Nov. 9 and Grand Prairie, Texas on Nov. 16.

Country singer-songwriter Michael Ray was a hit right out of the box, scoring with critics and on the charts. With Country Aircheck boasting there are “big things on the horizon for Michael Ray” and his live shows lauded by USA Today as
simply “lip-smacking good,” the Florida native backed up that praise
with two number ones from his 2015 self-titled debut album with “Kiss
You in the Morning” and “Think a Little Less.” His sophomore album, Amos, which debuted in the Top 3 on the Billboard Country Charts upon release, has already spawned the hit “Get to You” and third No. 1, “One That Got Away,” which All Access declared
“an undeniable crowd pleaser.” His latest single “Her World or Mine” is
available now. Be sure to see him perform it live on his own Nineteen
Tour now through the end of the year. Learn more about Ray at MichaelRayMusic.comor follow him on Facebook at facebook.com/MusicMichaelRay, Instagram @MichaelRayMusic and Twitter @MichaelRayMusic.