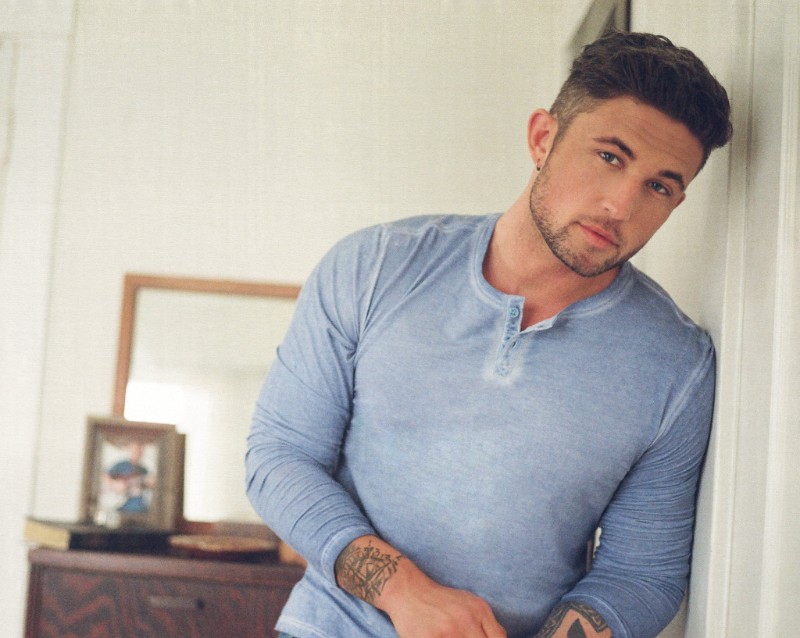 New Single “One That Got Away” Playing on Country Radio Now

LOS
ANGELES, Calif.—With his new album expanding upon the foundation he
built when he first burst onto the country music scene with two No. 1
singles, “Kiss You In The Morning” and “Think A Little Less,” country
music’s Michael Ray heads to Los Angeles Monday to celebrate his latest album, Amos, with his debut late night performance on ABC’s Jimmy Kimmel Live!.

The artist Rolling Stone dubs “an ace guitar player [who] can
rip with the best of them” will perform his new single “One That Got
Away,” which tied for the most-added upon impact at Country radio. The
tune MusicRow declares a “bouncy, mid-tempo outing with loads
of hooks” is a live-show staple, with fans singing back every word even
before it was a single!

“Growing up in South Florida, there were those summer grooves that just
felt anthemic,” shares Michael Ray. “On this album, for me, that song is
‘One That Got Away.’ The songwriters — Jesse Frasure, Trevor Rosen,
Matt Ramsey and Josh Osborne — really knocked it out of the park with
this jam. Taking it to the late-night television audience seems like the
perfect stage as we celebrate the second single from this album.”

Amos borrows its name from Michael Ray’s grandfather, who
inspired the country star’s music career by teaching him to play guitar
and inviting him to play in the family band from the time he was 9 years
old. The album combines Michael Ray’s lyrical roots in classic country
with the upbeat rock riffs of today’s country songs to create a sound
all his own. USA Today declares “the singer’s music spans
semi-traditional to progressive, and he has the moves and attitude to
make every note believable.”

Fans can catch Michael Ray playing a variety of fairs and festivals
including Cheyenne Frontier Days this summer, and he will hit the road
with Old Dominion this fall to play direct support on their Happy Endings World Tour. His sophomore album, Amos, is available now.

Country singer-songwriter Michael Ray was a hit right out of the box, scoring both with critics and on the charts. With Country Aircheck boasting there are “big things on the horizon for Michael Ray” and his live shows lauded by USA Today as
simply “lip-smacking good,” the Florida native backed up that praise
with two number ones from his 2015 self-titled debut album with “Kiss
You in the Morning” and “Think a Little Less.”  His sophomore album, Amos, which debuted in the Top 3 on the Billboard Country Charts upon release has already spawned the hit “Get to You” and new single “One That Got Away,” which All Access declared
“an undeniable crowd pleaser.” Inspired by his rescue dog Wrigley,
Michael Ray created the charitable initiative Wrigley Cares: Helping
Animals in Need, collecting donations for local animal shelters at every
stop on his “Get To You” Tour in partnership with Zappos For Good. This
summer Michael Ray hits the road to play a variety of shows and
festivals and will play direct support on Old Dominion’s Happy Endings World Tour this fall. Learn more about Ray at MichaelRayMusic.com or follow him on Facebook at facebook.com/MusicMichaelRay, Instagram @michaelraymusic and Twitter @MichaelrayMusic.