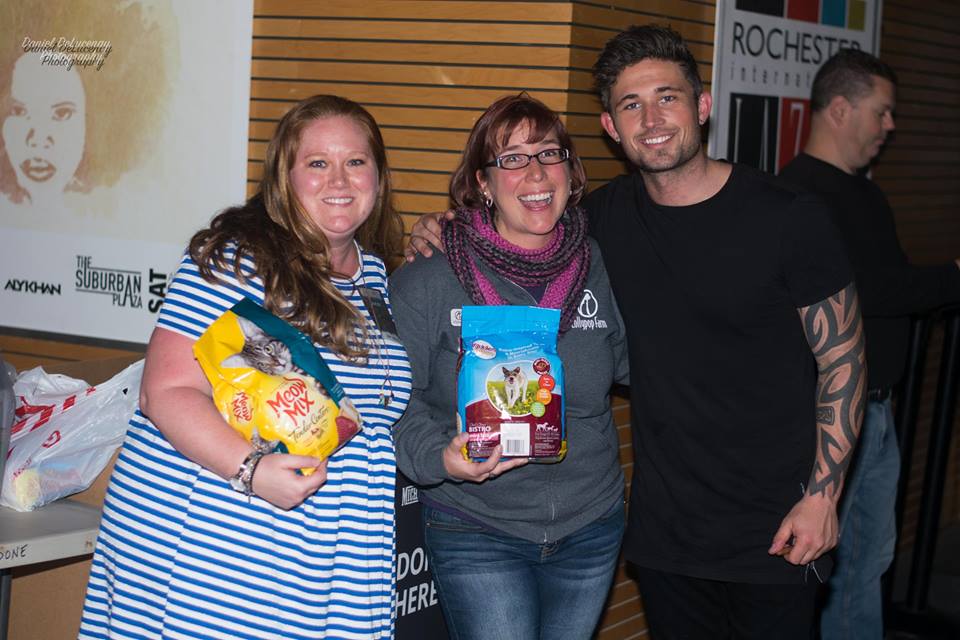 NASHVILLE, Tenn.  – A life-long animal supporter, Platinum-selling recording artist Michael Ray launched Wrigley Cares: Helping Animals In Need earlier
this year as a philanthropic component to his 15-city “Get To You”
Tour. Named after his rescue dog, Wrigley, the chart-topping
singer/songwriter teamed up with Zappos For Good and local animal
shelters to set up donation stations at each of his “Get To You” Tour
stops. In just four weeks on the road, Ray and his fans have collected
100,320 meals to donate to animals in need, based on one cup of food as
an average per food meal size.

“We set out to see how we can help animals in need and we are blown away
by the huge response,” shared Michael Ray. “When we’re on the road, we
stop in each town and become a part of the community for a night while
on stage. It’s inspiring to see the ‘Get To You’ Tour can leave a
lasting impression and feed so many shelter animals. Wrigley’s stoked
too.”

“Zappos For Good is
humbled once again to have partners like Michael Ray and his fans,
who’ve helped us make a difference in the lives of so many pets around
the country,” said Steven Bautista, Head of Charity at Zappos.com. “With their help, our Give campaign is able to provide a much-needed service.”

“Get To You,” the lead single off Ray’s forthcoming sophomore album, has
amassed over six million on-demand streams as the single climbs the
country charts. The “passionate, inked-up country rocker” (Tampa Bay Times)
impresses audiences across the country on his second headline tour.
With staples in his set like Platinum-certified No. 1’s “Think A Little
less” and “Kiss You In The Morning,” Ray’s live show presence continues
to be praised for “the energy and the polish of a pro” (Nash Country Daily).

*Denotes dates Devin Dawson will not appear on.

March 2017 brought Michael Ray his second No.1 single with “Think A
Little Less” off his debut self-titled album. This followed his first
No. 1 single, “Kiss You In The Morning” which went to the top spot in
just 24 weeks. Ray continues to grow his following, having toured with
Sam Hunt, Kip Moore, Brantley Gilbert and Darius Rucker and wrapped up
his own first 40-city headlining tour last year.

Michael was raised in Eustis, Florida an hour from Orlando. The child of
a family full of musicians, he began his professional career before he
was a teenager, graduated to the bar scene as soon as he could drive and
hasn’t let up on the pedal since. When he decided it was time to move
to Nashville, the work Ray had put in began to pay off quickly as he
landed a publishing contract with Warner/Chappell Music and a record
deal with Atlantic Records /Warner Music Nashville.

In between touring, Michael has been recording his new album this year,
with the first single, “Get To You” at Country radio now.