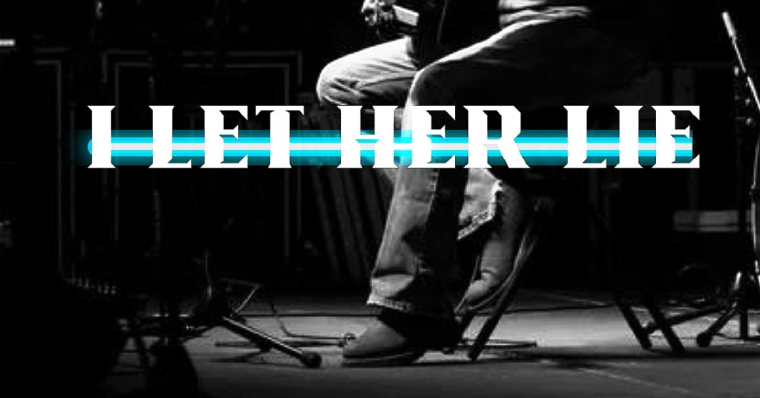 Matt Kennon is back on the move with his music career since covid began in 2020 with new music releases and his upcoming concert tour in 2022, beginning this Spring, is sure to WOW his many fans!

The Conyers, Georgia native nicknamed, RoadDawg, Matt, is widely known for his deep, emotional messages that hit home and strikes a chord in each of the songs he writes. Matt is inspired by, and writes about things close to his heart; messages about the daily struggles and situations that affect each and every one of us on a daily basis– be it suicide, abortion, bullying, small towns, addiction, being cheated on, love lost, PTSD, love, and even how that love is strong enough to pick yourself up to fight again and again, no matter the odds, and no matter the circumstances.
In his bio Matt says, “Great material always has real life at the center, and I’ve had a lot that enables me to write, and sing about it with conviction. It’s important, and it makes it believable real. I always try to be real with my fans. They’re really loyal and hang in there with me– now we owe it to them to return with great music, and I pray we can put it out on a large scale. I’m really excited for the future, and can’t wait to share this with my fans. ~Matt”.
Matt’s first love has always been music. Since his chart-topping hit, “The Call”, he continues to make his music and touring independently these last 10 years. Matt has recorded and is credited with about 60 songs, and all inspired with messages of hope and healing. He has sold over 300,000 singles, and 40,000 albums, and releasing new music every month now.
“Matt knows the power of a song; it can stir your emotions, move you to tears, motivate you, and in some cases, even save your life”. For him the music is all about the message that tugs at your heart strings, and really makes you think about the meaning of life. Matt truly has a heart made of gold!
“The Call”, Matt’s 2010 Top 20 #1 Heatseeker Billboard hit shined a spotlight on a conversation to prevent suicide, and about abortion… Just by making THE CALL that saved the life of a young man from suicide, and that of saving the life of an unborn child from abortion. Matt found and met his biological mother 25 years ago and says he wrote the second verse of the song for his Mom whose love was stronger than most because she gave him life through adoption instead of ending his life in abortion. “The Call” has had over 22,000,000 video views and over 250,000 downloads to date.
“You Had To Pick On Me” is a song Matt wrote about bullying where many students, and adults alike, face ridicule, abuse, and ultimately face life as a “failure” because of early childhood bullying. He says, “It’s not fluff, it’s not fictional. People are hurting”. “You Had To Pick On Me” prompted a regional grassroots outreach program called, “Making Music That Matters, Stop The Bullying Outreach and Enlightenment Program” nationide. Matt personaly reaches out and speaks directly to students who face every day challenges, and make a difference in their own lives, and the lives of others. He has enlisted many motivational speakers to join him in his quest to let kids know there is hope, and by joining together, they can make a difference in their lives, and the lives of others when it comes to dealing with bullies and the stresses of life.
“Love Is Stronger”, written by #MikeMobley, produced by Paul Worley, sends a strong message of hope and healing, and shows that you really are “somebody”, and that you’re not alone when facing certain trials in every day life. It tells us that no matter the struggle, no matter the heavy cross you may have to carry, you’re not alone, and that “Love Is Stronger”…. That love can see you through any battle; loss of a loved one, the struggles of cancer, and that love gives you strength to get back up and fight some more, again and again.
Matt also took his fans on an incredible journey of love and self-realization last year when in search of possible siblings of his “blood family” through DNA testing with “23 & Me”. He found out he had a different Father and a whole bunch of relatives through “23 & Me”. He, with his fans, got to meet his many biological family members first hand…family he never knew he even had!  It was truly an exciting journey for him and his loyal fans!
Matt’s other songs of note are: “Wasn’t It Enough”, a cheating song; “Drive It Like You Stole It”; “My Last Prayer”, another of my personal favorites; “Some People Piss Me Off”; “You Can Still Wear White”; “Same Hometown”; “That’s Love”; “Damn Small Town”; “More Of Us”; “Throwback Town”; “You Won’t Hurt Me Anymore”; “More Of Us”; “Cry Like Memphis”; “I Don’t Wanna Just Make Love”; “Beautiful Cry”; and “Midnight Jesus”.
Matt’s recent release, “I Miss You Bad”, written with producer, Chip Martin, hit the ground running on Dec 10, 2021, and hit Top #1 song on Dirt Road Risers chart this week. His next song release is due on January 28, 2022, “I Let Her Lie”, a Daryl Singletary Hit song. He and his friends, Whey Jennings (Waylon’s grandson), and Darryl Worley will be hitting the streets in Arizona, Pennsylvania, and upstate NY this Spring, with more concert locations to be announced very soon. 2022 promises to be a year full of great music for Matt’s fans, and as a fan, I can’t wait!