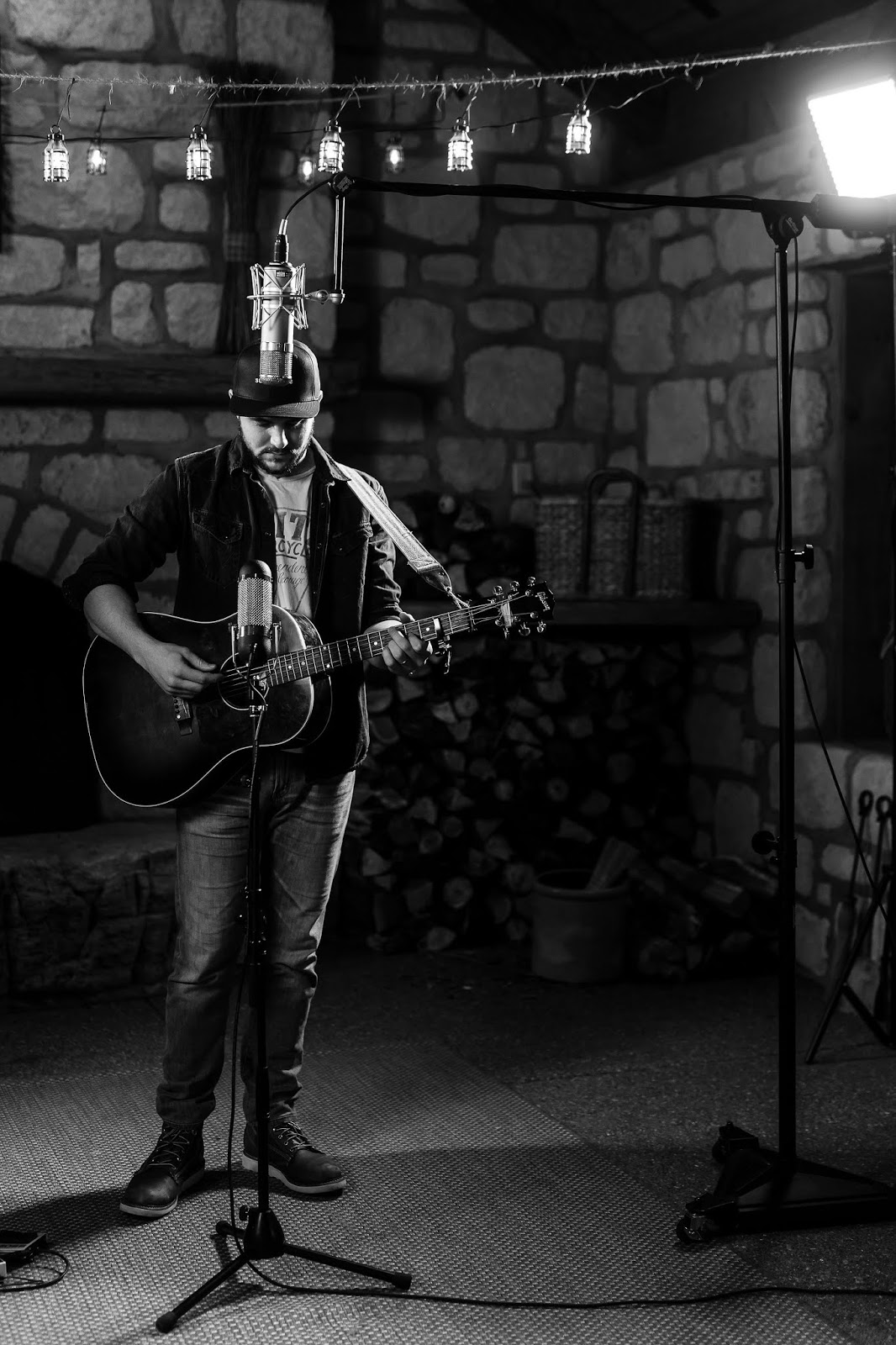 Lamitschka:  Country Music has many new fans
throughout Europe who may be hearing about you for the first time. How would
you describe yourself and the music you play to someone who has never seen or
heard you?

Answer:  Of course – and I appreciate the
opportunity to introduce myself to a new group of people. I’m Matt Jordan from
St. Louis, Missouri. I’ve been writing songs for about 15 years now and I’ve always
been influenced by some of the American Rock greats like Bruce Springsteen, Tom
Petty, Bob Seger and The Eagles to name a few. Growing up on and being
influenced by that music, lyrics have always been my focus when I write. So
while there’s some country influence in my music, my lyrics are generally more reminiscent
of Springsteen than Florida Georgia Line or Luke Bryan.

Answer:  Well, as a bit of a backstory, my
wife and I had our first kid in 2017. So I took about a year and a half or two off
from music to learn how to be a dad. So that put us in June of 2019 – a year
ago. I was basically restarting honestly. I’d written a lot of new songs in
that time off, but hadn’t been in the studio or on a stage in a while. My band
had moved on to other ventures, so I was starting over in a lot of ways.

But to answer the question, the last year has been
amazing. Exactly a year ago, I got back in the studio and recorded a ton of new
music, some of which I’ve released, some of which will still be coming out
later this year and early next. I pulled together a new band and they bring a
professionalism and energy to this journey that I’ve never had with old bands,
so that’s exciting. We played a few local shows at the end of 2019 and were
gearing up to start work with a booking agent early 2020 when COVID-19 hit and
everything kind of paused for a bit.

So the last year has been great and encouraging on the
whole. The last few months have been frustrating but I have no doubt we’ll get
back at it before too long and I can’t wait.

Lamitschka:  How did you choose the title for your
latest single?  Is there a story behind the name?

Answer: My latest single, ‚Alive‘ is a song I wrote
with Bobby McLamb in Nashville about 6 years ago. It’s about my experience growing
up in a small town in Missouri. I am not from the middle of nowhere or a
one-light farm town, but I am from a small town on the edge of what you’d consider
the suburbs. And as an adult, I go back and see that nothing much has changed,
hardly anyone has left, it’s all generally the same town I grew up in. And that’s
what ‚Alive‘ is about. The hook is ‚Leaving’s the difference between living and
being alive.‘ There’s a life outside of that little town that a lot of people
will never get to experience becuase they’re unwilling to leave.

Lamitschka:  Do you write the song yourself?

Answer:  I am a cowriter on everything I
release – at least up to this point I have been. ‚Alive‘ was written with Bobby
McLamb.

Answer:  I’m a sucker for a mid-tempo ballad
that is thought provoking and builds to be a big song by the end. ‚Outskirts of
Grace,‘ a single I released earlier this year, was my favorite song to record.

Answer:  As an indpendent artist, I have
complete control over my music, which I really enjoy. It’s nice not having
someone telling me which songs I can release and which I can’t. So I have full
control. However, I work with a great producer, Sal Oliveri, and he speaks into
the recording process a lot, which has made my music better. He’s incredibly
talented and hears things that I don’t hear, so it’s great to have him speaking
into it.

Answer:  Over the years, I’ve heard a few
stories about my music impacting people – which is great. It’s why I write. My
goal is to share my stories in hopes that someone else will relate to them and
if I do my job right, each song will impact or inspire at least one person.

Most recently, I was on a Facebook Live and someone
commented that they were going through chemotherapy and one of my songs was the
song that’s been empowering them to keep going and to stay strong. That’s always
powerful to hear.

I don’t like social media in general, but it is a cool thing
that people can send me direct messages and tell me how my music’s impacted
them. It’s one of my favorite things to hear.

Answer:  Like I mentioned earlier – Springsteen,
Petty, Seger, Mellencamp, Jackson Browne, The Eagles – all those guys.

Answer:  That’s a tough question. I love the
recording process – it’s so much fun to see a song go from the way I write it
(acoustic guitar and vocal) to a full band arrangement in the studio. However, it’s
hard to beat the feeling of being on stage. I’d probably say playing shows is
my favorite part.

Answer:  I’ve been a songwriting fan my whole
life. Growing up, my dad used to call out lines in songs and tell me to listen
to the lyrics. So I’ve been ‚studying‘ songwriting since I was about six years
old.

I guess what inspired me to try it though was just being
in a band. I was in a band in high school and we were playing all covers. We
had big dreams and wanted to really get the full music experience and go into
the studio to record. At that time, none of us had ever been in a studio, so that
was the dream. We figured we couldn’t record if we didn’t have our own songs,
so all four of us started writing. We actually didn’t record any of the ones
that I wrote, but I think I’m the only one who still writes and plays music
today.

Answer:  Fear of complacency. Music is the only
thing I’ve ever truly loved to do. It’s the one thing I can’t put down. But it’s
hard. It’s hard to make money, it’s discouraging more often than not – it often
feels like a losing game. But I am terrified to give it up and then look back
someday wondering if I could’ve done something with it. So I’m gonna keep
going.