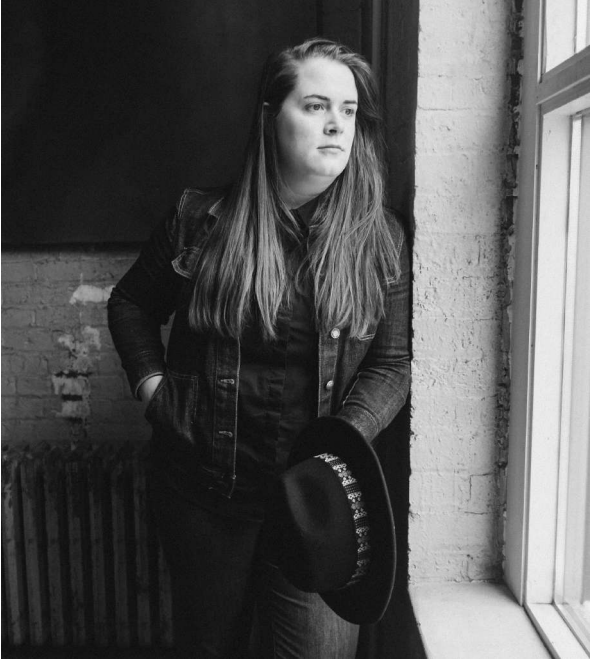 TORONTO ON — Calgary-based singer/songwriter Mariel Buckley today releases “Rose Coloured Frames,” the first single from her sophomore album Driving In The Dark,
out May 4. “Rose Coloured Frames” is available at iTunes, Amazon Music,
Google Play and all streaming services.

For Driving In The Dark, Buckley teamed up with decorated songwriter and producer Leeroy Stagger. The album boldly displays her evolution as a songwriter, with Stagger’s production adding a richer, edgier tone. Overall, Driving In The Dark is a complex experience of loss and uncertainty, propelled by raw Americana and tender notes of traditional country.

“‘Rose Coloured Frames’ is a song about letting go of something that
once was, while knowing that it can never be,” Buckley says. “The song
was an exercise to find peace with some moments from my life. It helped
me to remember the purpose of nostalgia, especially when the memories
are painful — because even if it wasn’t always the case, it’s nice to
remember things fondly.”

In Stagger’s view, “Mariel is one of those rare artists that you stumble
upon who’s songs are so good that they stop you dead in your tracks.
And instantly make you want more.”

Buckley’s performances have led her to supporting idol k.d. lang,
and entertaining audiences at the Calgary, Edmonton, Canmore and Fort
MacLeod Folk Music Festivals. Mariel deftly matches her stark and
haunting narratives of real-life struggle with a brassy wit that sets
her apart from her contemporaries in its fearlessness. Her strengths as a
songwriter are exemplified by her self-titled EP, and full-length debut
Motorhome. She’s been hailed by No Depression
as, “a new Loretta Lynn, speaking her mind… Throw in a little Townes
Van Zandt mixed with Joan Jett and you’ve got an artists who’s going to
grab a lot of people’s attention.”