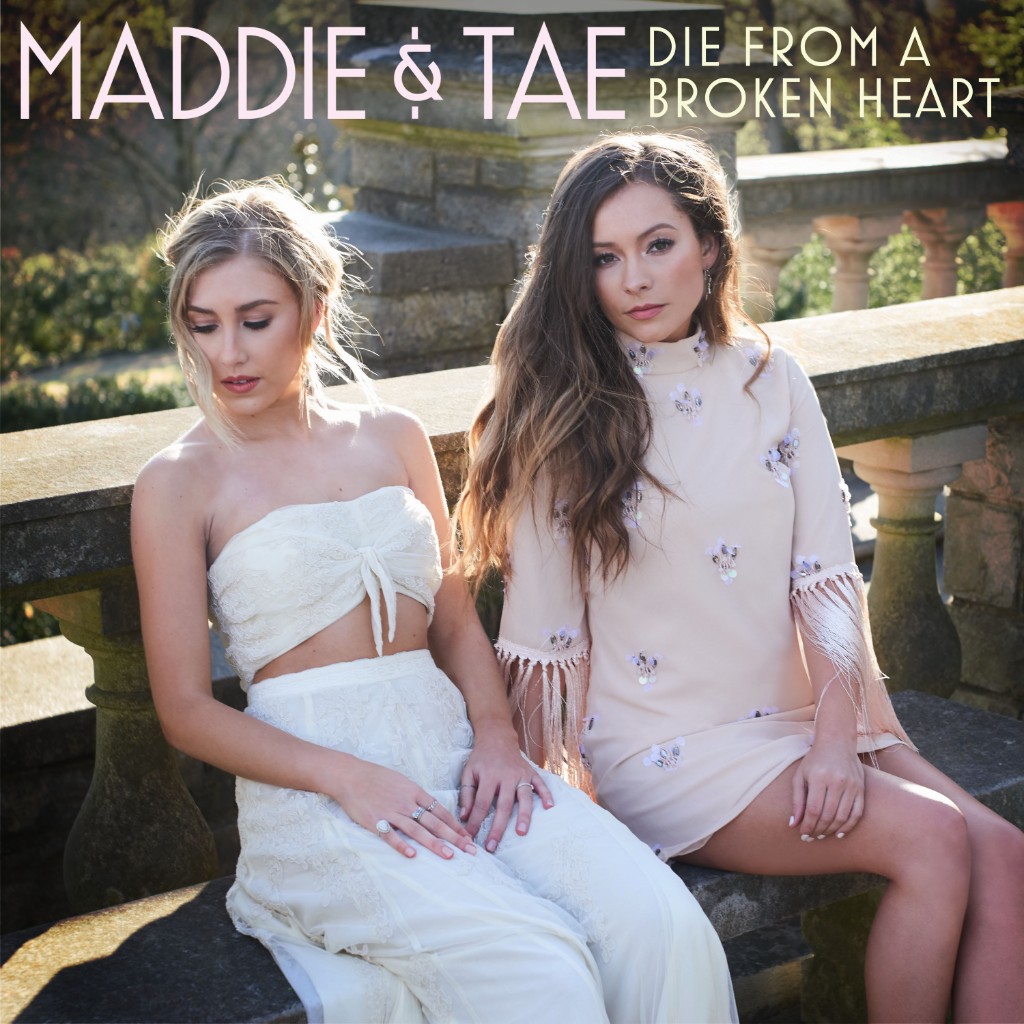 “We created a concept record that follows the ups and downs of a
relationship,” Maddie & Tae shared. “You’ve heard the in love phase
with Friends Don’t, and now you hear the heartbreak in ‘Die From a
Broken Heart.’ This song definitely hits home for us, and we hope our
fans relate to it as well.”

Award-winning duo Maddie & Tae are drawing praise for their new
single “Friends Don’t,” “anchored around their stellar vocal pairings
and some of the tightest harmonies on Music Row (Rolling Stone). “The sound is identifiable while still representing a distinct step forward” (Billboard),
giving fans a taste of what to expect from their highly-anticipated
forthcoming full-length album, due in 2019. Maddie & Tae first broke
out in 2013 with their brilliant take down of bro-country, “Girl In A
Country Song,” which took Country radio by storm, skyrocketing to the
top of the charts and quickly going PLATINUM. The duo became only the
third female duo in 70 years to top the Country Airplay charts, also
earning trophies from the Country Music Academy and Radio Disney Music
Awards along with multiple ACM, CMA and CMT Award nominations. They are
currently nominated for CMA Vocal Duo of the Year. Receiving
widespread praise from NPR, Billboard, Entertainment Weekly, The
Washington Post, Glamour and others, country music’s hottest stars
including Dierks Bentley, Lee Brice and Brad Paisley have welcomed
Maddie & Tae on the road, with Carrie Underwood recently inviting
the duo out as direct support on her 2019 Cry Pretty Tour 360. For additional information, visit www.maddieandtae.com.