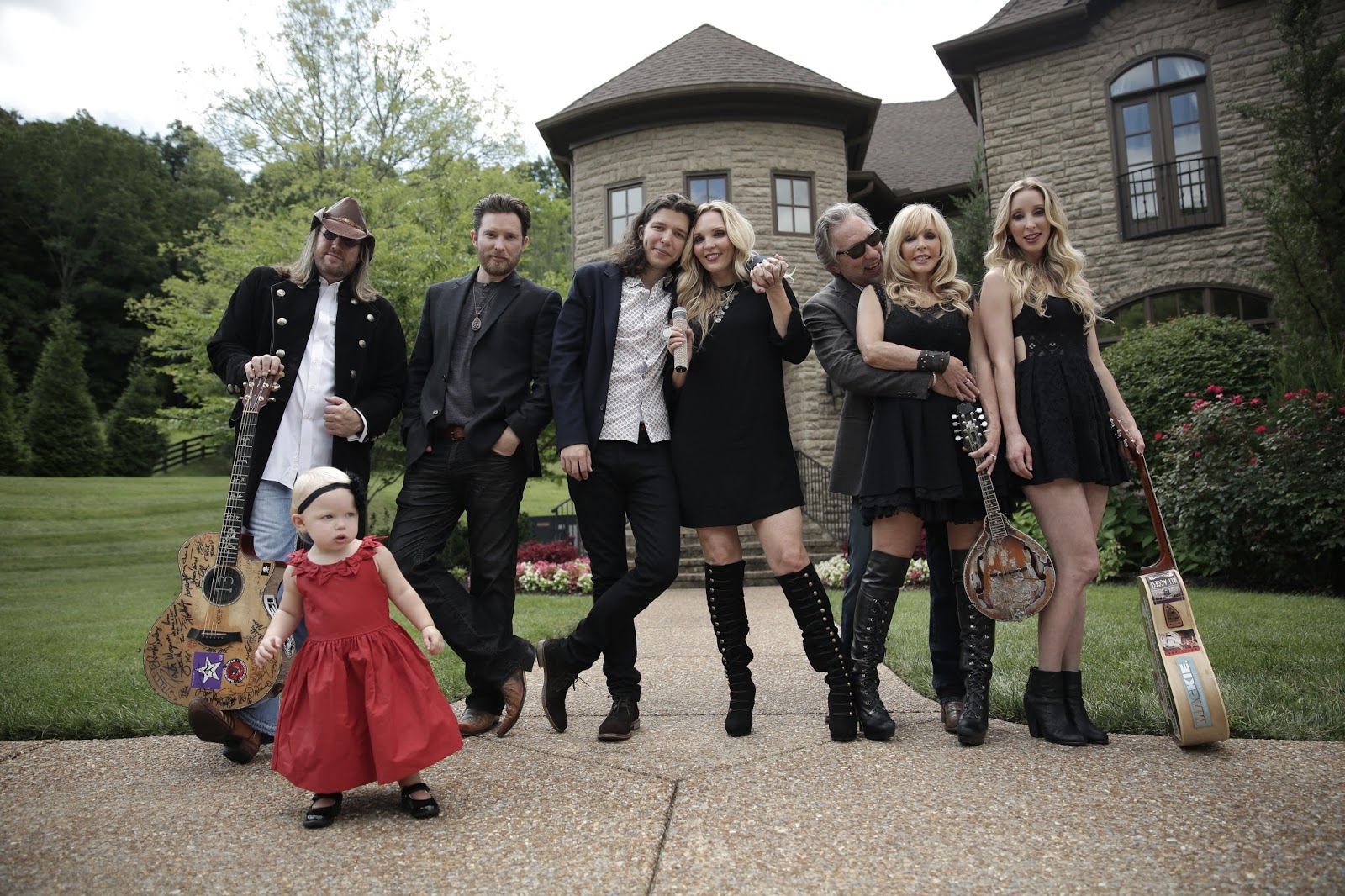 DISCOVERING LUCY ANGEL follows the mother-daughter trio Lucy Angel and
their family, the Andertons, as they work together to launch their music
career in Nashville. The docu­-series captures the ups and downs of the
family members’ lives as they make a name for themselves in country
music. It follows the endearing group while on the road, and looks in on
family life at their home in Franklin, Tennessee.

In the debut episode, the Anderton family members rehearse and prepare
for the biggest performance of their career to date: a live concert at
the Pocono Raceway.

“We are thrilled to have acquired the rights to this ground-breaking
Country-themed series,” said Kevin Petillo, ShowBiz TV’s Head of
Acquisitions.

“We look forward to a long and fruitful partnership with the producers
of DISCOVERING LUCY ANGEL, as we develop and expand our Country
programming.”

Lucy Angel emerged onto the country music scene with their acclaimed
debut single “Crazy Too,” staging them as one of tomorrow’s supergroups.
The upbeat and lighthearted tune from their self-titled album soared up
the Billboard/Mediabase charts while the trio toured the U.S.
headlining and opening shows for artists such as Jake Owen, Chris Young,
Dustin Lynch, Kip Moore, Craig Campbell, Chris Janson, Big & Rich
and more.

DISCOVERING LUCY ANGEL is produced by Taylored TV and Eggplant TV. The
series is executive-produced and directed by Emmy® Award-winning
television producer JT Taylor, who is known for producing the original
hit reality television series The Osbournes from 2002.

Consisting of mother Kate and daughters Lindsay and Emily Anderton, the
trio Lucy Angel made waves this year as they emerged onto the Country
scene with debut single “Crazy Too.” Their self-titled album made its
way to Walmart and Target shelves nationwide alongside the initial AXS
TV premiere of their 13-episode docu-series, DISCOVERING LUCY ANGEL. No
strangers to the road, the trio visited over 100 radio stations in the
U.S. while “Crazy Too” soared up the Billboard/Mediabase chart and was
named One of Tomorrows Hits by Billboard. The upbeat and
lighthearted acclaimed single led them to headline shows coast to coast
as well as open for artists including Jake Owen, Chris Young, Dustin
Lynch, Kip Moore, Craig Campbell, Chris Janson, Big & Rich, Lauren
Alaina, James Otto, A Thousand Horses, LoCash, The Swon Brothers and
more. Also deemed Pepsi’s No. 1 Country Star Lighting Up 2015 Out of Nowhere,
Lucy Angel was honored as the first Western/American act to ever sing
at the Great Hall of the People in Beijing, China and “Crazy Too” found
success in the UK, spending 6 weeks at No. 1 on the Hotdisc Chart.