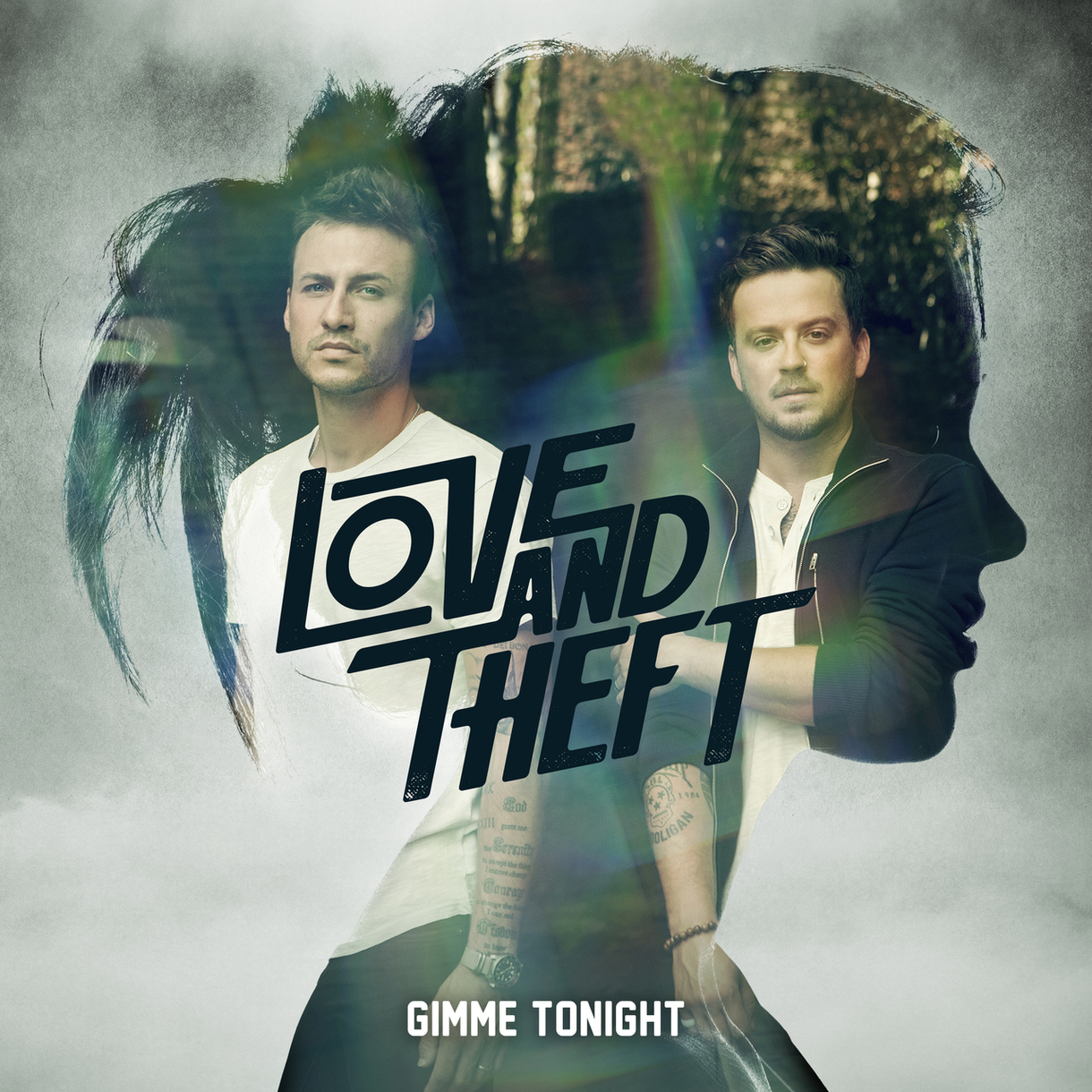 CMA,
ACM and CMT-nominated duo Love and Theft return to the forefront with
their new single “Gimme Tonight.” The sultry upbeat jam written by Jaren
Johnston (The Cadillac Three) and the late Andrew Dorff, will be
available worldwide on April 19th.  With this release, produced by Love
and Theft, Josh Leo and Jim Ed Norman, the duo continues to evolve and
push boundaries with their music by featuring their signature harmonies
wrapped in a fresh modern sound and production.

“The first time I heard the song, I fell in love with it instantly,”
explains Stephen.  “I sent it over to Eric and he loved it as well.
This song was on the top of everyone’s list when we went to the studio
to cut songs for our new album. It really showcases a cool side to us
and the crowds at our live shows are crazy about it.”

About Love and Theft:

CMA, ACM and CMT-nominated duo Love and Theft, made up of Stephen
Barker Liles and Eric Gunderson, first hit the scene with their debut
single “Runaway” which landed in the Top 10 on the Billboard Country
Charts.  They followed it up with their #1 platinum hit, “Angel Eyes”,
from their self-titled album on RCA Records Nashville.  The album also
yielded “If You Ever Get Lonely,” “Running Out Of Air,” and fan-favorite
“Amen.”  “Whiskey On My Breath” is the most recent full-length album
that the duo has released back in 2016, with the title track reaching
over 3.9 million views on YouTube. When not in the
studio, Love and Theft has shared the stage with country music’s biggest
superstars including Tim McGraw, Brad Paisley, Jason Aldean and Taylor
Swift. With the release of their brand new single “Gimme Tonight,” off
of their forthcoming album, the platinum-selling recording artists are
poised to put another platinum plaque on their wall.