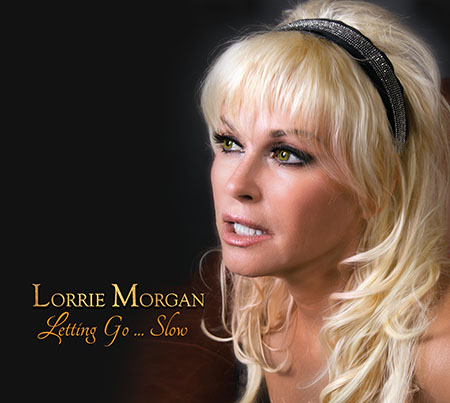 NASHVILLE, Tenn. (January 15, 2016)
– Called “one of the most eloquently emotive country vocalists of
modern times,” by famed critic Robert Oermann, multi-time Female
Vocalist Of The Year award-winner Lorrie Morgan is catapulting into the
new year with new the release of her first solo album in five years, LETTING GO… SLOW,
available February 12 on Shanachie Entertainment. The 12-track
collection brimming with personal reflection and emotion features
vibrant never-before-heard songs as well as daring remakes of classics
by artists like Patsy Cline and Bob Dylan. Get Letting Go… Slow now before you can buy it by pre-ordering on iTunes and available soon on Lorrie.com.

After decades in country music cranking out hit after hit in sassy
and memorable songs like “Five Minutes,” “Except For Monday,” “What Part
Of No,” “Something In Red,” and “Watch Me,” Morgan remains a modern-day
pioneer, making country music history by remaining true to herself with
every piece of music she records.

Why did it take her five years? “I wanted the songs to be right – I couldn’t handle one more song about a truck (laughter),”
she told WSIG-FM in Harrisonburg, Va. “I got my head together and told
myself I was just going to record the songs that I wanted to, and now I
can confidently say – ‘here they are.’ I’m very proud of this project
and I’m even more excited to have something new to play out on the
road.”

Tune in this weekend at various times on Saturday Jan. 16 and Sunday,
Jan. 17 when Morgan joins country genre-favorite Tracy Lawrence in the
studio on his national weekend country radio show, “Honky Tonkin’ With
Tracy Lawrence,” to talk about the new project. Check your local
listings here.

Morgan will also be heading out on three separate tours in 2016 – the Country Unplugged Tour with Joe Diffie and Mark Chesnutt, Grits & Glamour with Pam Tillis, and her own headlining solo tour, which is currently underway.

For a full list of tour dates and to stay informed about the latest on-the-road happenings with Lorrie Morgan, please visit www.lorrie.com.