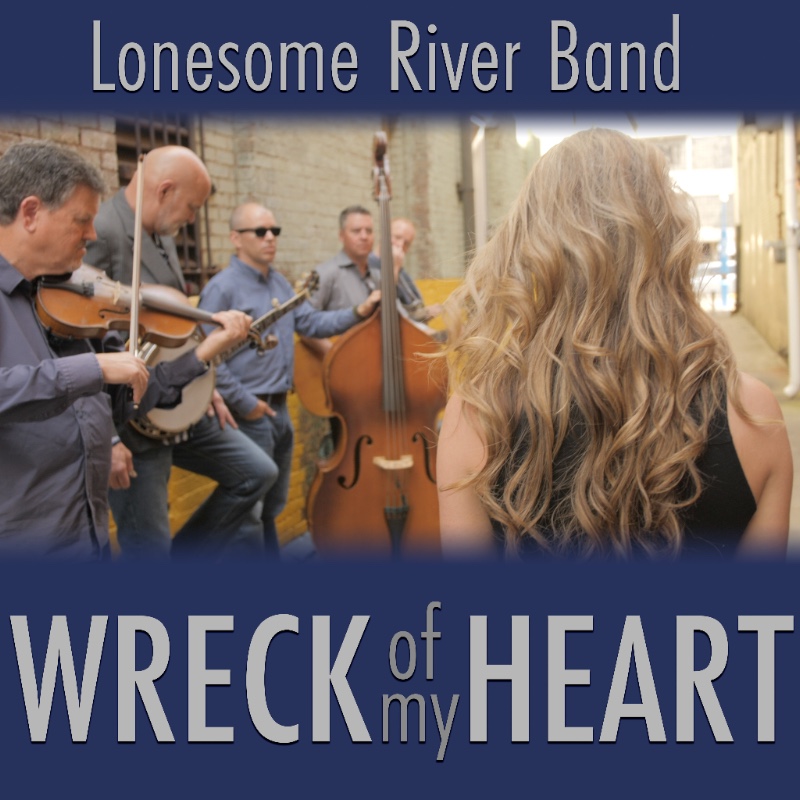 The legendary and award-winning Lonesome River Band has released their second single of 2018, “Wreck Of My Heart” on Mountain Home.

With an iconic driving Bluegrass sound that has kept the band at the forefront of the genre this latest single, “Wreck Of My Heart,” shows why the Lonesome River Band continues to grow a fan base in their 35-plus years as performers and recording artists.
This bouncy, three-part harmony, “leavin'” song embodies the band’s enduring, driving-grass sound. Lead vocals from guitarist Brandon Rickman alongside the iconic banjo and baritone of multi-awarded IBMA Banjo Player of the Year, Sammy Shelor; the mandolin and tenor of gifted Jesse Smathers; the pulsing bass of Barry Reed and sharp fiddle of celebrated player Mike Hartgrove make for a perfected Grass single. It’s traditional-based with a contemporary feel. It’s a new song with a classic sound.

Listen to “Wreck Of My Heart” HERE and check out a video for the single produced by Mountain Home Music Company, to premiere July 27 at The Bluegrass Situation.

Since its formation 35 years ago, Lonesome River Band continues its
reputation as one of the most respected names in Bluegrass music.
Five-time International Bluegrass Music Association (IBMA) Banjo Player
of the Year, and winner of the Steve Martin Prize for Excellence in
Banjo and Bluegrass, Sammy Shelor leads the group that is constantly
breaking new ground in Acoustic music. With two stellar lead vocalists,
Brandon Rickman (guitar) and Jesse Smathers (mandolin), with impressive
talents of Mike Hartgrove (fiddle) and Barry Reed (bass), the band
seamlessly comes together, performing the trademark sound that fans
continue to embrace.