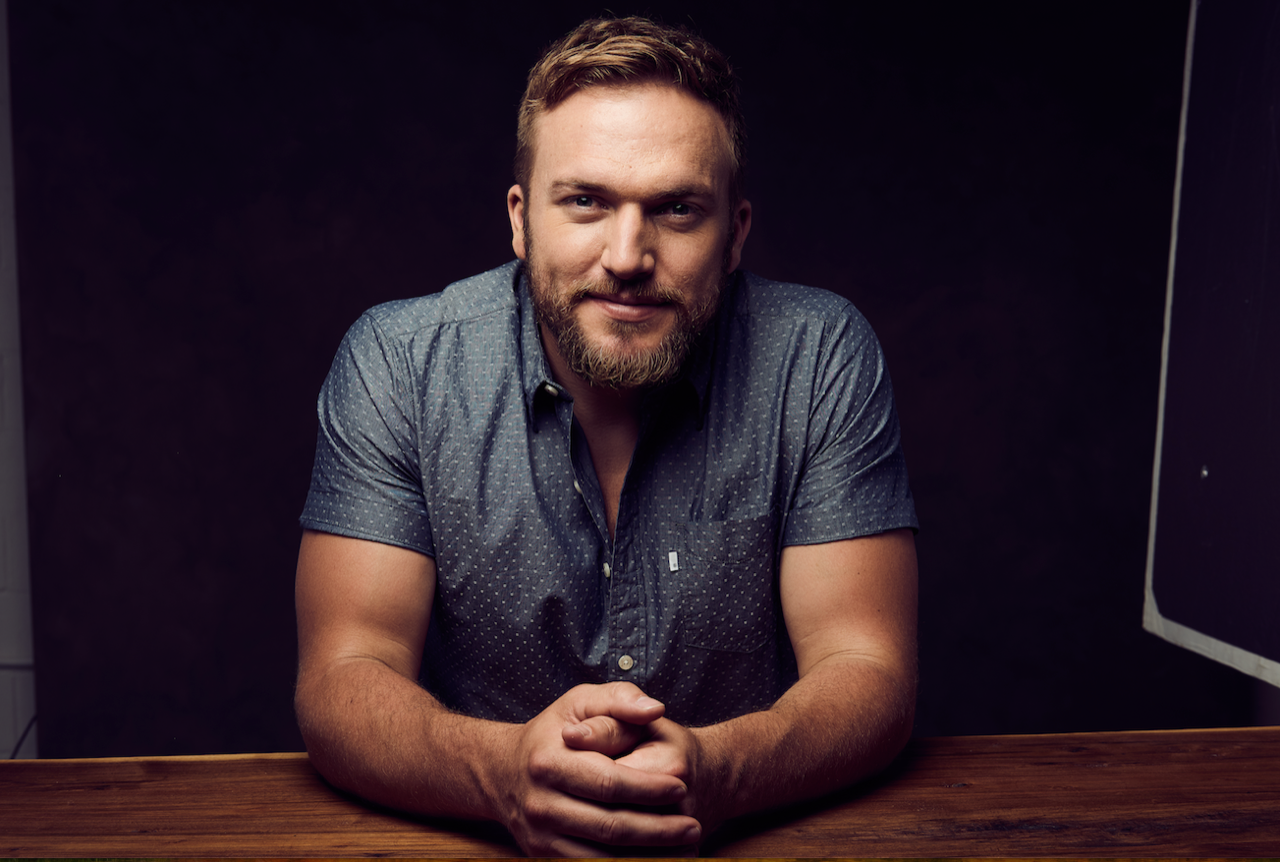 Answer:  We play a pretty healthy blend of heartland rock and
country music.  I grew up listening to a
lot of John Mellencamp, Elton John, and Tom Petty.  I also live in a town of 1000 people and
still work on a farm during harvest seasons so there’s naturally some more
country scenery in my lyric writing.

Answer:  We were pretty busy on the road.  We did about 110 dates in a van.  I have two kids at home so I try not to be
gone any more than that.  There were some
developments that probably won’t come to fruition until later in 2019 so it’s
difficult to know exactly what any of

Answer:  My last album was called ‘Come Back Road’…We
released it independently in late 2017 and it took a good while to get some
legs but it’s really starting to take off.
We have over 100,000 streams on the album so far which seems remarkable
for a project that has had relatively zero promotion aside from my
touring.  The streaming services have
been really good to us so I have to attribute a lot of the success to them.

Answer:  It’s one of the song titles but I had recorded the
first half of this album while still on a major label.  I turned it in and they didn’t like it and
let me go from the label.  When I
completed the second half of the album I felt like ‘come back road’  was an appropriate title since I was determined
to prove them wrong and make a comeback.

Answer:  This is the first album that I cut more outside
songs than I wrote.  I still write a lot
and try to write as much of my material as I can but cutting through all the
noise in today’s music industry is tough.
I knew that I needed the absolute best songs that the writing community
had to offer in order to plow my way back into the scene and really make some
waves.  I still wrote a few of them and
there will be a time and place for another album that I don’t need a hand in
writing, but currently I’m looking for the songs that can catapult my career to
the next level.  It’s tricky business getting
on the radio and consistently getting hits but that’s the game I’m
playing.

Answer:  There is an instrumental band in Texas called
Explosions In The Sky.  I always thought
they had really cool sounds and I enjoyed their arrangements.  When I went about creating the overall sound
for this album I used them as a reference sonically.  Then from there just condensing that into 3
minutes with a great chorus melody and good hooks to accompany it.

Answer:  There was an EP that came out in 2015 on Sony but it
was a mess.  The production and overall
vision for it got lost in the major label system.  I was a fish out of water.  There was an album in 2012 that came out
independently.  I’m still really proud of
that one but it was completely different from the current album.  It was very raw and live sounding as opposed
to a more slick calculated sound like we currently have.  I think it’s important to experiment in the
studio and try new things.  What I do
love about the current album is that it’s full of hooks.  They’re everywhere and it makes it fun to
listen to.

Lamitschka:  Your current single is being played by radio.
What do you feel is special about this song that makes people want to hear it?

Answer:  Well it hits radio in less than a month….So
hopefully they give it a lot of spins and it gets a good reaction.  It’s one of our more acoustic numbers called
“better off gone”.  I think people are
drawn to the acoustic stripped down sound of it.  It stands out among other current country
hits in that regard.

Answer:  Good question….I don’t know if we’ll get another
single off this album or if we’ll move on to another project.  I guess it depends on how this single does.

Answer:  I enjoy recording songs that I know will be
enjoyable to play live.  The majority of
my career is spent performing this music for people so that’s usually my first
thought before recording a song.

Lamitschka:  You did a duet with Jill Martin. How did
that happen to come about?

Answer:  Well we’re married for one…I was producing her
current EP and we had written this song together that was fairly personal.  It felt like it needed to be a duet so I
threw a little part on there when we got to the studio.

Answer:  A song called “Sunflowers”….It’s on my 2012
album.  It was a poetic moment about
missing home in Kansas

Answer:  100%  I have
people around me that give their input and try to influence my decisions but
ultimately I’m not going to make a record or put it out if I don’t believe its
exactly how I want to be represented.

Answer:  We’ve had a lot of people meet at our concerts and
end up married haha. We get asked to play a lot of weddings.  More than we could possibly ever do.

Lamitschka:  What do you think about today’s music scene
versus its post and where do you see it going in the future?

Answer:  I think the music industry is always in a constant
state of change.  Artists are always
moving it forward.  If it becomes
stagnant then there’s a problem.  I
understand why some listeners get nostalgic for the past but it has to move
forward.  I don’t know where it’s headed
but I think wherever it goes people will still be there to buy concert tickets
and listen in whichever way that happens in the future.

Answer:  I think it’s a little bit of the Wild West with all
the streaming and the amount of music a listener is able to consume.  It’s fun to be a part of.

Answer:  I really enjoy all aspects of doing what I do.  I feel the most comfortable and creative in
the studio but as far as having fun it’s hard to beat touring and playing
live.  It’s really hard to explain that
lifestyle to someone who doesn’t experience it but it’s like living on your own
planet.  I hate being away from my kids
so it’s a sacrifice but that aside I think touring is my favorite.

Lamitschka:  Is there any place you haven’t played that you
would like to?

Answer: loganmize.com  should be links to all socials on there

Answer:  We’re coming for ya!