LOCASH’S THE FIGHTERS IN STORES NOW 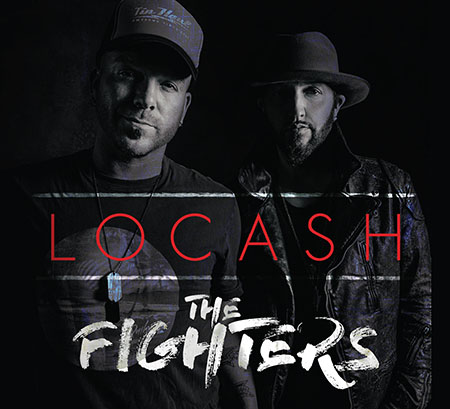 LOCASH’S THE FIGHTERS IN STORES NOW

NASHVILLE, Tenn. (June 17, 2016)
– It’s the day LOCASH fans everywhere have been waiting for – the No. 1
“I Love This Life” hit-making country music duo celebrates the release
of their first full-length album with Reviver Records, The Fighters,
in stores nationwide today. Pick up a copy of the anticipated release
at Target, Walmart and other select retailers, as well as all digital
retailers including iTunes and Amazon.

Along with the top-charting hit single “I Love This Life,” the 11-track album The Fighters
also includes their latest single, “I Know Somebody,” which is Top 30
on the country radio charts and rising, and other brand-new songs like
“Ring On Every Finger,” “Alll Day,” “God Loves Me More,” “Moonwalkin”
and others. Fans can also expect to find crowd favorites that they
perform out on the road like “Shipwrecked,” “Drunk Drunk,” “Till The
Wheels Fall Off,” and “Ain’t Startin’ Tonight,” on the new project.

“It’s been a hell of a year with Reviver Records and we have our fans
to thank for getting us to this point – it’s been 10 years of clawing
our way to success, and it feels great,” said the duo’s Preston Brust.
“We’ve fought hard for this, and it’s finally paying off.”

As announced last week during CMA Music Festival while LOCASH was
performing a high-energy set at the River Front Stage, “I Love This
Life,” has been RIAA Certified Gold, selling over 500,000 copies! Also,
fans can watch the music video for new single “I Know Somebody” which
premiered on CMT this week by clicking here.

LOCASH has a full slate of dates on their calendar throughout the rest of 2016.