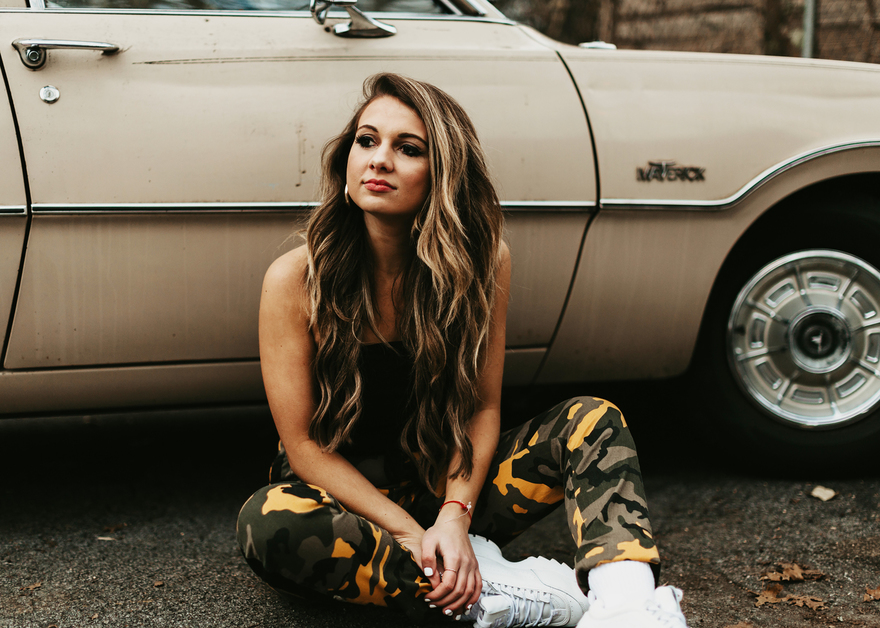 Genre-bending artist, Kaylee Rose, has premiered a first listen to her new County Hip-Hop track, “Wagon” on Billboard.com (see here). The singer-songwriter is set to release the song to all streaming platforms and digital retailers on Aug. 16.

“Wagon” is a song about the path to success and how those who may have
not been supportive in the past are always ready to ‘jump on the
bandwagon’ once it’s too late. Rose commented, “The inspiration for
‘Wagon’ came from a good friend who challenged me to write a song as if I
had already ‘made it’ in the music industry. Rappers are always writing
songs about ‘making it’ before they do so he thought it would be fun to
put a Country spin on the idea. Although the lyrics come from my
perspective, I think it could be relatable for anyone. People will
always doubt your dreams, goals and passions until they start to watch
you succeed. This song is a sassy and honest way of saying ‘look at me
now.'”

Co-written by Kaylee Rose, Andy Scott Wills, Tori Tullier, and Joe Tounge, “Wagon” is the artist’s second single to be released in 2019. Co-produced by Joe Tounge, David “Messy” Messcon, and Blane Mitchell,
the track breaks new territory for the young artist. Rose, who is known
for her distinctive brand of Country music and Hip-Hop flare, commented
about the song, saying, “This is the true blend of genres. I love
the message of the song and the production adds an unexpected sound and
flavor. I can’t wait for the world to hear it!” When it comes to her songwriting style, Rose states, “I say what most people think but don’t want to say out loud. My music is me as a person. What you hear is what you get.”

Kaylee Rose has kept busy throughout 2019 with writing, recording and
performing. Since the release of her previous track, “Stuff” the
songstress played her CMA Fest debut on the CMA sanctioned Spotlight
Stage, opened up for Morgan Wallen at NASH FM’s Rhythm & Boots show
and has continued to perform at local venues including The Wildhorse
Saloon and The Listening Room Cafe.

About Kaylee Rose: Kaylee Rose is a bold 24-year-old
singer-songwriter from St. Augustine, Florida, who has a unique style
that blends many sounds across the musical spectrum. Originally hailing
from Miami, she grew up submerged in a menagerie of musical influences
and cultures which undoubtedly swayed her unique brand of Country music.
A childhood hip-hop dancer with aspirations of performing
professionally, Rose’s father was the one who first saw music in her.
Having played over 1,000 shows since the young age of 14, Rose relocated
to Nashville in 2015. Since then, she has collaborated with a variety
of writers, continues to book shows weekly at popular venues, and has
gained attention among industry insiders.