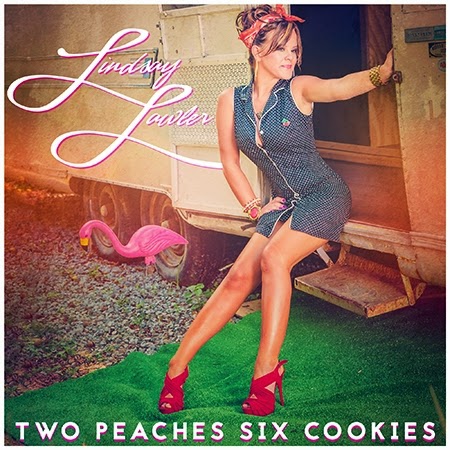 NASHVILLE, Tenn. (December 4, 2014)
– Country recording artist Lindsay Lawler has never been one to follow a
crowd… While most fellow artists in the genre prefer performing for
fans at honky tonks and festivals, she’s carved a niche for herself in
the trucking industry as the Truckload Carriers Association’s Highway Angel spokesperson, headlining the official Highway Angel Truck Stop Tour and performing for drivers from her flatbed truck stage. So when it came time to write for her new album, Two Peaches Six Cookies, it came as no surprise that Lawler once again strayed from the pack.

“I’ve
wanted to make this record for 3 years,” said Lawler. “I remember the
exact day the idea popped in my head and I’ve thought about it every day
since.”

With the release of Two Peaches Six Cookies,
due out in January, Lawler will introduce the world of a country to a
sound she’s dubbed “Countrihanna” – an infectious, beat-driven mix of
club and country music inspired by one of her favorite artists.

“I’m
a huge fan of Rihanna and realized one day that I listen to a lot of
her music, so why wouldn’t I make a record inspired by that? I love that
music can be whatever it wants these days. Instead of putting my new
music into a category or genre, I’m just calling it Countrihanna. It’s
club music that has driving grooves, which makes it great to dance or
drive to… But then it also features fiddle, steel and banjo,
instilling that country vibe.”

“Chris, Greg and I have been
friends and co-writers for years. They understood exactly what I wanted
to accomplish and we have had such a great time experimenting and
exploring this new sound together. It’s been so amazing watching this
vision come to life.”

As Lawler puts the finishing touches on the
album, she’s also preparing for her 2015 Highway Angel Truck Stop Tour,
which will once again be hosted by TravelCenters of America, LLC and
will include a new single at radio.