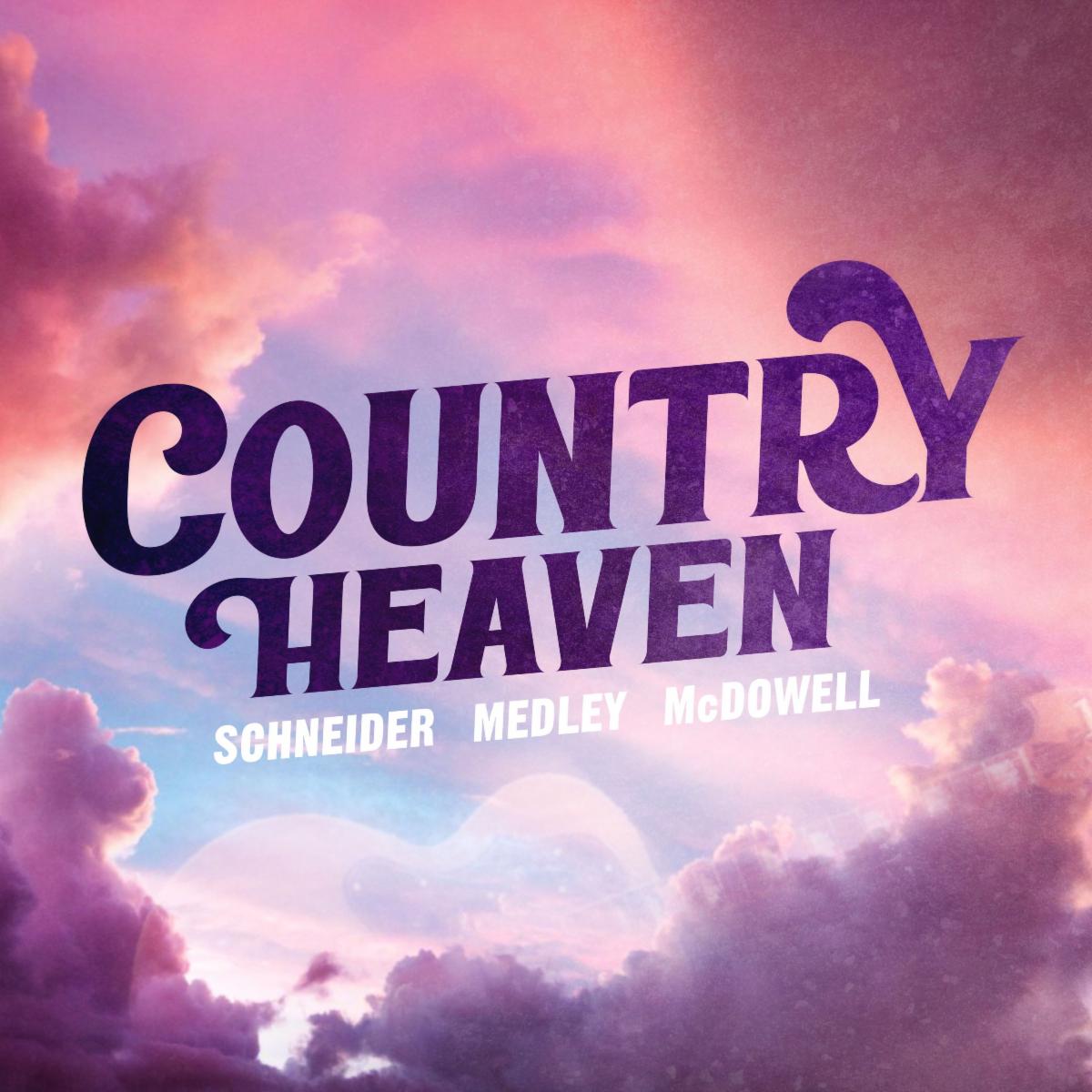 This new collaboration is an updated version of the iconic
Righteous Brothers hit, “Rock and Roll Heaven,” appropriately titled,
“Country Heaven.” McDowell worked a new arrangement on the classic which
he says, “I am so proud of this recording. I can’t wait for everyone to
hear it.”

Along with Ronnie McDowell, actor, film maker, singer and songwriter John Schneider belts out the soulful lyrics, “If theres a Country Heaven, then you know they have a hell of band.”
Added to the mix are Bill Medley and Bucky Heard of The Righteous
Brothers bringing back the authenticity from the original hit.

Fans will hear the song for the first time, this Friday, September
27, 2019 at 9am central time on 650am WSM, www.wsmonlline.com and
Heartland TV on the Coffee, Country and Cody Show hosted by Bill Cody.
Ronnie McDowell and John Schneider will join Cody in studio for some fun
and behind-the-scene stories.

They will also be promoting their upcoming shows together in Red
Boiling Springs, Tennessee for the weekend. The two versatile
entertainers will perform a two-night run at the historic Donoho Hotel
on Friday, September 27th and Saturday, September 28th.

Ronnie McDowell and John Schneider will also guest on Newschannel
5’s Talk of the Town at 11am central time on Friday, September 27th to
show off their new project and catch up on other upcoming events.

“Country Heaven” is the first single and title track from Ronnie
McDowell’s new album, which will be released in conjunction with the
single. The project features Ronnie McDowell on duets with some of
music’s biggest hitmakers, from Conway Twitty to Wayne Newton, Jerry Lee
Lewis, T. Graham Brown, Dolly Parton, The Oak Ridge Boys and The
Righteous Brothers. A special song recorded by John Schneider honoring
the two stars’ favorite restaurant, during an important anniversary year
for the establishment, is an added bonus, The Cracker Barrel Song.

3. Heartache By The Numbers with Jerry Lee Lewis

7. Boardwalk Girl with Bill Pinkney and The Drifters

8. Shame On Me with T Graham Brown

15. I Dreamed About ELVIS with Dolly Parton

About Ronnie McDowell:  Ronnie McDowell entertains audiences worldwide with his own blend of romantic intimacy and country excitement! Ronnie
McDowell charted a string of hit singles between 1979 and 1986…
“Older Women”… “You’re Gonna Ruin My Bad Reputation”… “Watchin Girls
Go By” …and “In A New York Minute.” The Vietnam Veteran’s admiration
for Elvis led to McDowell singing 36 songs on the soundtrack “Elvis,”
the Dick Clark-produced television movie that featured Kurt Russell as
the performer. He also was the singing voice for the television movie
“Elvis And Me”, the ABC television series about the early years of
Elvis’ career titled simply “Elvis” as well as, the 1997 Showtime
special “Elvis Meets Nixon.” McDowell is a true artist and his
creativity has expanded to original paintings for Walt Disney along with
painting of some of pop culture’s biggest celebrities from Elvis to
Dolly Parton to Clark Gable.

About John Schneider:John
Schneider’s extensive acting career includes the iconic roles of “Bo
Duke” on The Dukes of Hazzard, “Jonathan Kent” on Smallville and “Jim
Cryer” on his current OWN series, Tyler Perry’s The Haves and the Have
Nots — the #1 primetime series on cable on Tuesday nights. Add in
countless films and guest appearances, and a recent stint on Dancing
with the Stars, and it’s no wonder that Schneider is an American icon.
Schneider is also a celebrated country music artist with 4 #1 singles on
the Billboard Country chart. Schneider co-founded the Children’s
Miracle Network in 1983. To date, they have raised more than $7 billion
dollars (with over $409 million in 2018 alone) for medical research and
community awareness of children’s health issues, which is distributed
directly to a network of 170 children’s hospitals.

The Righteous Brothers were inducted into the Rock and Roll Hall of Fame in 2003.