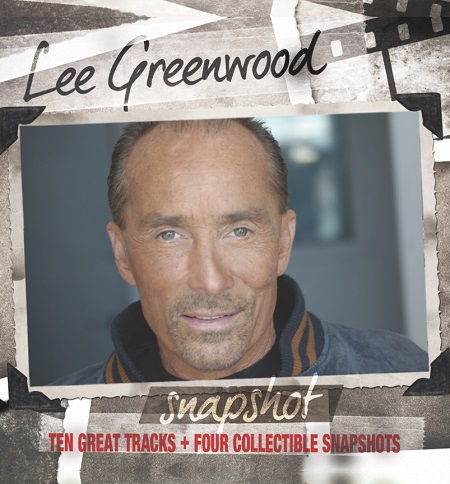 NASHVILLE, Tenn. (May 14, 2015) – Since the start of his music career, GRAMMY-winning country music star Lee Greenwood
has released more than twenty major-label albums, celebrated seven No. 1
hit songs and captivated a nation for over three decades with his
iconic stars and stripes embellished anthem, “God Bless The U.S.A.” Today, he announces his plans to embark on a national tour this summer, spanning the country from sea to shining sea.

Beginning May 17 in Vermilion, Ohio, Greenwood will kick off a season
full of headlining performances infused with both patriotic vigor and
sheer musical ingenuity. Critics have long heralded his smoky, soulful
voice and praised his diverse musical talent at live shows, which he
showcases all the way from the microphone, to the keyboard, to the
saxophone. He’ll appear at a variety of venues including fairs,
festivals, theaters and casinos, as well as major events across the
nation including: the Coca Cola 600 NASCAR race at Charlotte Motor
Speedway, Harrah’s Casino in Biloxi, Miss., The Lyric Theatre in Stuart,
Fla., and the Kennedy Center for Performing Arts in our nation’s
capitol. For a full list of upcoming tour dates, visit www.leegreenwood.com.

Greenwood is also slated to release his first-ever children’s book, Proud To Be An American,
encouraging patriotism in our nation’s youngest generation, which will
be backed by a major national press launch and media tour over the
Fourth of July weekend.

“After more than 30 years of singing ‘God Bless the U.S.A,” I’ve
watched my song be passed down to three generations. Given the unrest in
America today, I felt it was time to give the next generation something
to hold and read, that tells, in a very simple way, why it’s good to be
an American and why we should be proud of it,” Greenwood said.

The fully illustrated hardback paints a childlike picture of America
in colorful snapshots that teach geography and show on several pages the
portrait of American soldiers. The book is available this May at LeeGreenwood.com,
Barnes & Noble, LifeWay Christian Stores, Books-A-Million, Family
Christian Stores and other select bookstores, and also includes a
download for a never-before-heard version of “God Bless The U.S.A.” It
is published by Clovercroft Publishing.