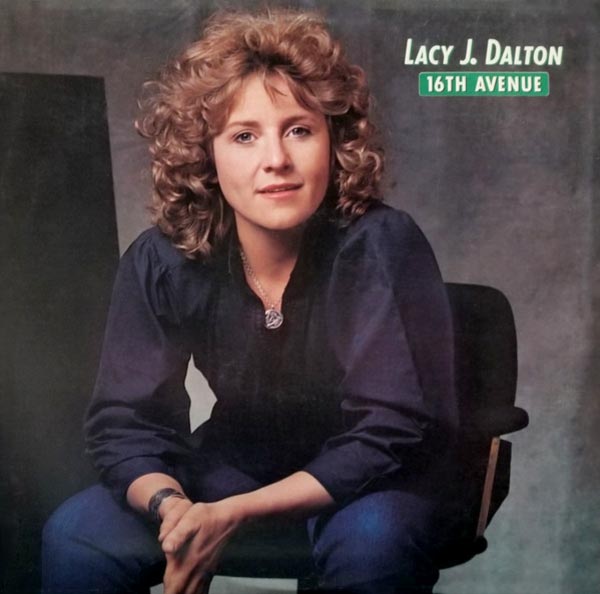 Lacy J. Dalton (born Jill Lynne Byrem on October 13, 1946 in Bloomsburg, Pennsylvania), is an American country singer and songwriter with a career that has spanned many decades and touched the hearts of millions of music fans. In March 2017 Lacy J Dalton was inducted into the North American Country Music Association International Hall of Fame, and in 2018 she was nominated for a Lifetime Achievement Award.

In addition to her Top New Female Vocalist award, she also brought home numerous Grammy nominations and 3 prestigious, back to back (1979, 1980, 1981) Bay Area Music Awards for Best Country-Folk Recordings. Lacy appeared on those shows with the likes of Neil Young, The Grateful Dead, Grace Slick and the Jefferson Airplane.

Following a successful career in country music, Lacy decided to draw on all her musical experiences including country, rock and folk, and cross over into the Americana genre.  This blend of musical styles allows her to express herself in a way that demonstrates all the facets of who she is as a singer/songwriter.

Lacy J. Dalton: I’ve always been kind of a renegade with influences from artists like Bob Dylan, Joan Baez, Janis Joplin, Kris Kristofferson, etc.  So my writing reflects these so called outlaws influences.

Lacy J. Dalton: I’m currently working on a compilation I plan to call “For The Black Sheep”

Lacy J. Dalton: Yes.  Songs are written for persons who have not found answers in their churches, mosques, synagogues or ashrams and have kind of thrown out the baby (belief in something higher) with the bathwater.

Lacy J. Dalton: Yes, for the most part I have written the songs myself.  There are also some magnificent pieces that others have written that I am considering at this time

Lacy J. Dalton: Here’s a couple of verses from the first song on the “For The Black Sheep” project in a song called “The Devil By A Different Name”:

We are split right down the middle in this fight

Call me Imam, call me Priest

We are brothers separated by belief

But a loveless faith is a ball and chain

Must we stare across this chasm filled with hate

Lamitschka: You did a duet with Willie Nelson. How did that happen to come about?

Lacy J. Dalton: Now that I’m an independent artist, I’m happy and grateful to say I have total control over my music.