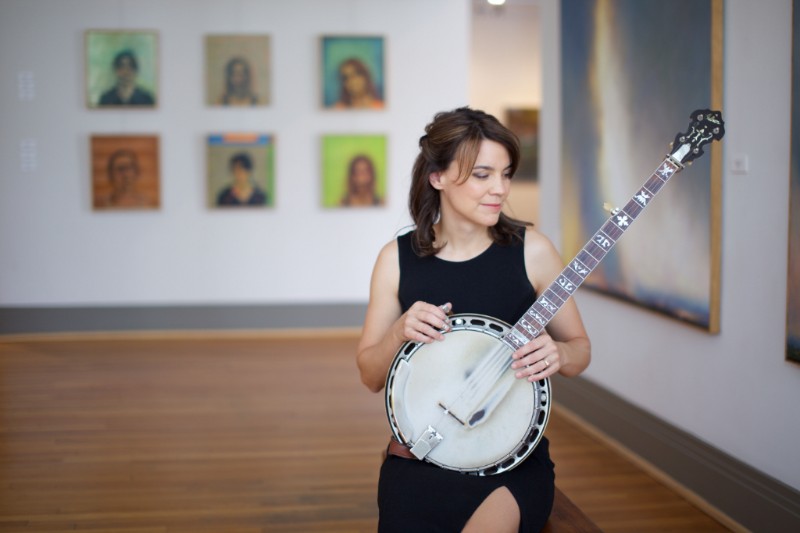 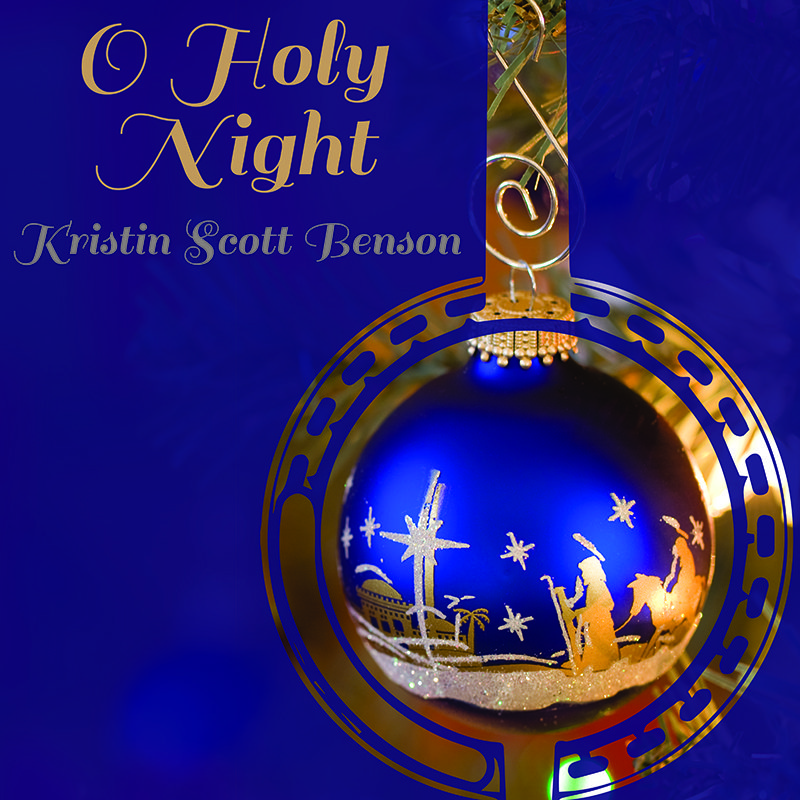 Kristin’s is an instrumental duet, its sweet rolling banjo bedding with the familiar melody played both by Kristin on banjo and by her husband Wayne
on tremolo mandolin and mandola. Layered instrumentation and a smooth
tempo give the version an effect that is reverent and stirring, haunting
and hallowed.

“I’ve
loved this song, since I was a kid. A guy at our church would sing it
at every Christmas Eve service and it has always put me in the mindset
of worship,” says Kristin. “I originally wanted to do this as a solo banjo piece, but loved all the choir arrangements people have created, so Wayne added mandolin and mandola parts to have a similar effect.”

Wayne adds, “Kristin
has had a borderline obsession with this melody, to the point that she
even played a version on my electric mandolin. After coming home from
teaching at the Blue Ridge Banjo Camp, she was really inspired and
started working on a solo version for banjo. We both thought it could
benefit from some layered voices, so I played several mandolin and
mandola tracks to create a choir of strings, behind the banjo.”

Kristin Scott Benson, this year’s winner of the 2018 Steve Martin Prize
For Excellence in Banjo & Bluegrass, is also a four-time
International Bluegrass Music Association Banjo Player of the Year. She
has been a member of the Grammy-nominated bluegrass band, The Grascals
since 2008. Her most recent album, Stringworks, was released by Mountain Home Music Company in 2016.​

Kristin
has attained a national identity as one of the top bluegrass banjo
players, exhibiting impeccable taste, timing, and tone. With an
attentive ear to back-up, she is known and respected as a true team
player:

“There
was one grass ceiling no woman could cut through—until Kristin Scott
Benson came along, that is. Almost two years ago, she joined The
Grascals. Not to front the band, not to sing, not to be eye candy, but
instead to drive the group with her five-string banjo. Until then, no
woman had ever been hired to play one of the most defining of the
bluegrass instruments in an A-list, festival-headlining, all-male
band….It’s a high profile gig, as Kristin takes the banjo where no woman
has taken it before.” — Larry Nager for Bluegrass Unlimited – “Kristin
Scott Benson – Cutting the Grass Ceiling”  October 2010​

In addition to Stringworks, Kristin has recorded two prior banjo albums, Straight Paths and Second Season.
Both received stellar reviews, as well as an IBMA nomination for
Instrumental of the Year for the self-penned, “Don’t Tread on Me,” on Second Season.