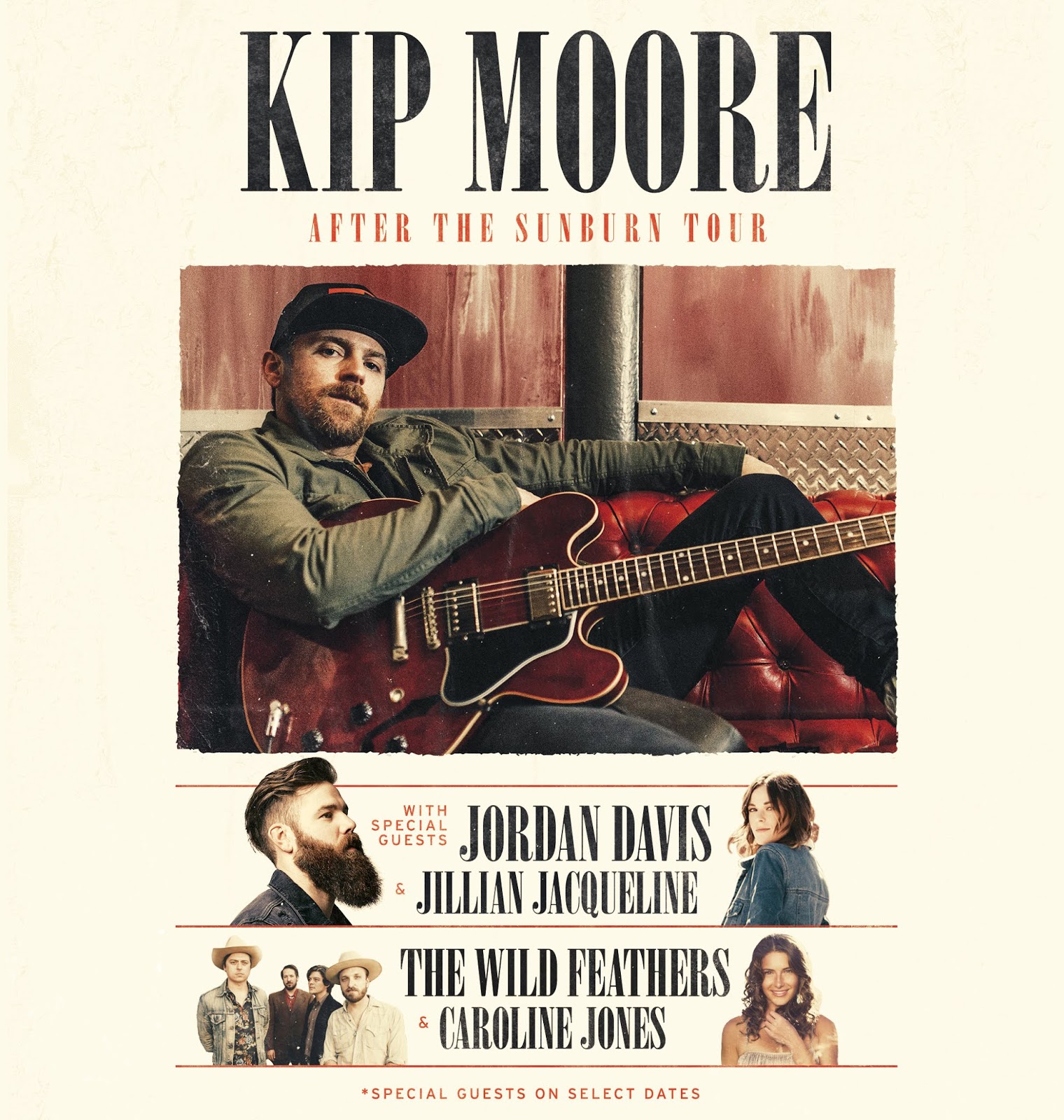 Moore
Will Play Major Cities Across The US With Special Guests Jordan Davis,
Jillian Jacqueline, The Wild Feathers And Caroline Jones

Nashville, TN –
July 16, 2018 – Known for one of the most high-energy and captivating
live-shows in the genre, Multi-PLATINUM singer/songwriter Kip Moore
revealed he will hit the road this fall for a string of headlining dates
across the country as part of his AFTER THE SUNBURN TOUR.
The impressive trek will kick off in Silver Springs, MD on 9/20 and
will make stops in major cities including Los Angeles, Nashville, New
York City and more, as Moore’s fervent live fanbase continues to grow as
“its the way he expresses what’s on his mind that draws sold-out
audiences around the world” (CMT.) Moore has
invited a combination of special guests including Jordan Davis, Jillian
Jacqueline, The Wild Feathers and Caroline Jones to join him across the
dates, assembling one of the most stacked lineups this fall. Live Nation
is the official tour promoter of AFTER THE SUNBURN Tour. Tickets for
the tour will go on sale beginning Friday July, 20 at kipmoore.net.

“Anyone who knows me, knows that the live show means everything to us,”
said Moore. “It’s where we get to thank our die-hard fans that show up
to every show year after year, and it’s also where we get to lay all of
our cards out on the table and win over new fans. I’m excited to get out
to some cities we haven’t played a full show at in a while and with all
the awesome acts we have joining us, it’s going to be a hell of a
fall!”

AFTER THE SUNBURN TOUR DATES:

Kip Moore’s current single “Last Shot” is the second taken from his
revered third studio album SLOWHEART and follows his fourth No. One hit
“More Girls Like You.” “SLOWHEART,” garnered instant praise from critics
as Moore’s “most complete, cohesive declaration of his artistic
sensibilities yet” (NPR,) as well as wrapped 2017 on multiple “Best Of” lists including Entertainment Weekly, Rolling Stone, UpRoxx, Bobby Bones Show, Taste Of Country, Sounds Like Nashville, The Boot, PopMatters and Whiskey Riff.
SLOWHEART follows the acclaim that surrounded Moore’s sophomore album
WILD ONES heralded as “an impressively singular release from Music Row”
by The Guardian and his PLATINUM debut album
UP ALL NIGHT that spawned three No. One hit singles, including GOLD
certified “Beer Money,” PLATINUM certified “Hey Pretty Girl,” and the
DOUBLE PLATINUM breakout hit “Somethin’ ‘Bout A Truck. For more
information, visit kipmoore.net.