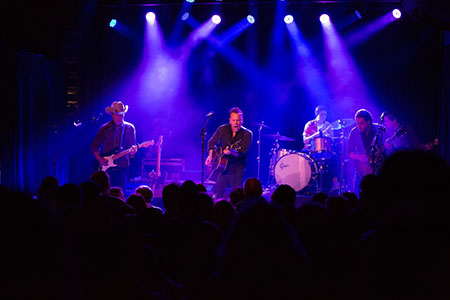 NASHVILLE, Tenn. (May 13, 2016)
– Not one for slowing down, Kiefer Sutherland will carry the momentum
from his live shows to Canada this June, as he adds 11 new tour dates to
his North American tour in support of his debut album, Down In A Hole, available this summer (release date to be announced). Click here to listen to “Not Enough Whiskey” – the debut track from the anticipated release.

So far, Sutherland has been on the road stateside this spring,
entertaining audiences nationwide, and will wrap the first leg of his
tour at the Grand Ole Opry May 31. He will kick off the second leg of
his tour in Ontario June 16 and will wrap up the string of Canada dates
with a performance in Quebec City June 30.

“There is something very satisfying about being able to look back on
my own life, good times and bad, and express those sentiments in music,”
Sutherland said of his performances. “As much as I have enjoyed the
writing and recording process, I am experiencing great joy now being
able to play these songs to a live audience, which was something I
hadn’t counted on.” An official track listing and release date for Down In A Hole will be announced soon.