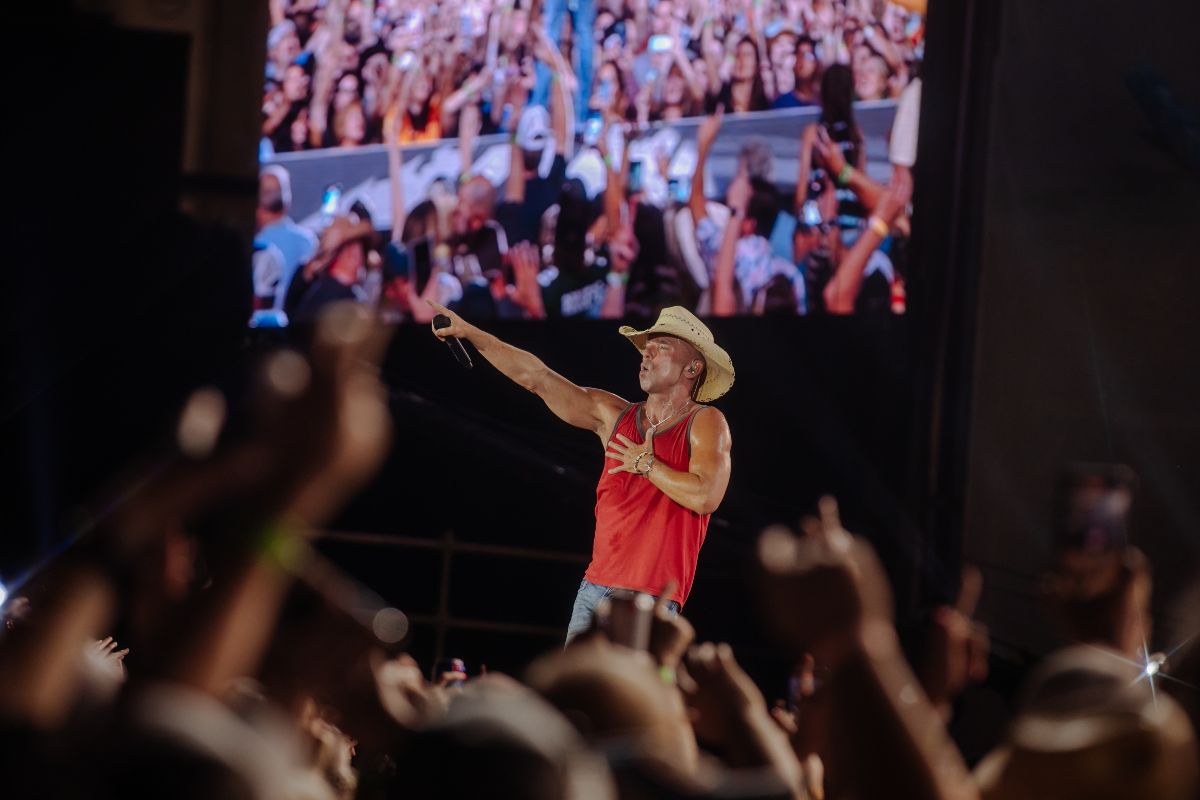 “You don’t think about this stuff!”

Kenny Chesney couldn’t believe it had been four years since he and his band stood on America’s NFL stadium stages – and rocked No Shoes Nation for everything they were worth. After three postponements, a name and line-up change and in many cases over 1,000 days, the man the Wall Street Journal called “the King of the Road” and his Here And Now 2022 Tour is Billboard’s No. 1 Country Tour. Like 2018’s last true full-on tour – the 19-stadium, 42-date Trip Around The Sun – Here And Now played to 1.3 million fans, making him to the top country touring act in the nation.

“You don’t think about this stuff,” Chesney says, “just the way it feels to be back out there with the fans! As good as No Shoes Nation is, and they’re the best, this year they took that heart and passion and brought it up six levels. Suddenly, me and my team were looking for ways to open up seats, move the stage back, create cleaner sight lines, so we could get every single person who wanted to be there into the venues.

“It’s a crazy thing to play a show when you’re backed up to the edge of the back end of the end zone,” marvels the eight-time Entertainer of the Year. “But you have this blast of energy coming from the people, hitting that, mixing with the band and that massive sound system and creating a whole other thing that we’re trying to throw back out to them. It was, in a word, insane!”

Chesney’s longtime manager Clint Higham told Billboard for “The Year In Touring Issue” that posted Dec. 6, “The people of No Shoes Nation are such intense fans, the being together after four years created its own energy and momentum. We found ourselves adding seats in so many markets trying to meet the demand because whether it was the people who’d held their tickets for over 1,000 days in many cases or the people buying those new tickets who felt the buzz and wanted to be there, it was a whole new level of demand based on what Kenny gives people.”

With his just announced I Go Back 2023 Tour – designed to bring the euphoria of Chesney’s live shows to those markets he started out in – almost sold out, the power of the musician from East Tennessee’s relationship with No Shoes Nation may be stronger than ever. By keeping the focus on those who find their life in his songs, the songwriter/superstar maintains one of the most passionate relationships in Country music.

“When we hit pause on our 2020 tour, I never thought we would go much past the fall, let alone into 2021,” muses the only country act in Billboard’s Top 10 Touring Acts of the Last 25 Years for the past 14 years. “The idea it would be 2022? That it would be four years was unthinkable. Yet, here we are, and it feels better than it ever has. So, for everyone who came out and helped make this Country’s No. 1 tour, this is all about you and how much we love you and what you bring us every time we set up and play where you are.”
Tune In 24/7 for Country Music News International Radio Show!