KENNY ROGERS WITH “ARTIST OF A LIFETIME” AWARD 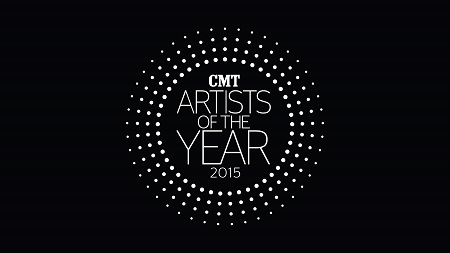 NASHVILLE, Tenn. (November 17, 2015) – Today, CMT announced that legendary country superstar Kenny Rogers
will receive the prestigious “Artist of a Lifetime” award presented by
Ram Trucks during the sixth annual “CMT Artists of the Year,” the
definitive year-end party, live from Schermerhorn Symphony Center in
Nashville on Wednesday, December 2 at 8pm ET/PT. Rogers is only the second recipient of the award with Merle Haggard receiving the inaugural honor in 2014.

“You go through your life and your career and you try to do the right
things and make the right decisions. You don’t always do that, but I
have been very lucky. I am grateful for it all. This is a great honor
and one I highly treasure. Being in with Merle Haggard on anything is
always a thrill. To CMT, the fans, and all who made this incredible
award possible, I can’t thank you enough,” said Rogers.

The sixth-annual 90-minute special will feature once-in-a-lifetime
performances, unexpected tributes and unforgettable toasts as the
biggest stars of music, film and television gather to celebrate the five
artists selected by CMT as the top artists of the year: Luke Bryan, Blake Shelton, Florida Georgia Line, Sam Hunt and Little Big Town.
These artists collectively dominated the last 12 months ruling CMT’s
platforms and country radio, scoring chart-topping album and singles,
and selling out arenas around the country. Additional performers,
presenters, and special guests will be announced at a later date.

The past several years have been some of the most active and
rewarding of Country Music Hall of Fame member and one of the
best-selling music artists of all time, Kenny Rogers,’ entire career.
Having recently announced his retirement from touring on NBC’s Today
show, he is gearing up for a worldwide farewell tour bringing his
legendary music one last time to fans across the globe. On Nov. 11,
Rogers embarked on his 34th Christmas & Hits tour in support of his latest Christmas album, Once Again It’s Christmas (Warner
Bros. / Warner Music Nashville). In 2013, he was inducted into the
Country Music Hall of Fame and received the Willie Nelson Lifetime
Achievement Award at the 47th Annual CMA Awards.

To date, Rogers has sold more than 120 million albums worldwide. He
has charted a record within each of the last seven decades. The first
country artist to consistently sell out arenas, Rogers quickly became a
pop superstar as well — his 28 Billboard Adult Contemporary Top 10’s
rank him fourth-best of all time among men, trailing only Elton John,
Neil Diamond, and Elvis Presley. Rogers has recorded 12 No. 1 albums and
24 No. 1 hits and is the RIAA’s eighth best–selling male solo artist of
all time. He has received three GRAMMY Awards, 11 People’s Choice
Awards, 19 American Music Awards, eight Academy of Country Music awards
and six Country Music Association awards.