KENNY ROGERS ALL OVER NATIONAL TELEVISION THIS HOLIDAY SEASON 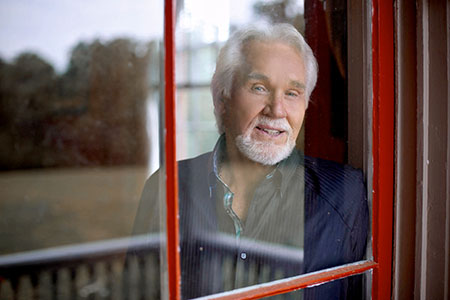 Upcoming Appearances On:
CMT’S ARTISTS OF THE YEAR
HISTORY CHANNEL’S “CHRISTMAS THROUGH THE DECADES”
THE TONIGHT SHOW STARRING JIMMY FALLON

On Wednesday, December 2, Kenny Rogers will attend CMT’s “Artists Of The Year”
special where he will be presented with the prestigious Artist of a
Lifetime award presented by Ram Trucks. The live broadcast from
Nashville will air nationwide on CMT at 8 p.m. ET/PT.

On the same evening on the History Channel, Rogers will travel back
to the 1970s to recount cultural elements of Christmas that came about
during that decade for HISTORY’s “Christmas Through The Decades” series. The show airs at 10 p.m. ET/PT.

“Christmas Through The Decades” goes back in time to explore what
Christmas was like not too long ago. Special guests Jillian Michaels,
LeAnn Rimes, Dascha Polanco and more will reveal how classic holiday
films, fads, television specials, songs and toys created lasting
impressions that are still felt during 21st century Christmas
celebrations. Beginning with the 1960s and concluding with the 1990s,
HISTORY travels through the past and reminisces about the most wonderful
time of the year.

An exclusive edition of Once Again It’s Christmas is
available now at Cracker Barrel Old Country Stores with an exclusive
bonus track featuring The Time Jumpers (including Vince Gill) — “(I Love
The) Winter Weather.”

Kenny Rogers is currently in the middle of his 34th Annual Christmas & Hits tour, Once Again It’s Christmas featuring Linda Davis. He recently announced on TODAY that his upcoming worldwide tour will be his last.

Rogers has sold more than 120 million albums worldwide. He has
charted a record within each of the last seven decades. The first
country artist to consistently sell out arenas, Rogers quickly became a
pop superstar as well — his 28 Billboard Adult Contemporary Top 10’s
rank him fourth-best of all time among men, trailing only Elton John,
Neil Diamond, and Elvis Presley. Rogers has recorded 24 No. 1 hits, 12
No. 1 albums, 25 Top 10 country albums and is the RIAA’s eighth
best-selling male solo artist of all time. He has received three GRAMMY®
Awards, 11 People’s Choice Awards, 19 American Music Awards, eight
Academy of Country Music (ACM) Awards and six Country Music Association
(CMA) Awards.