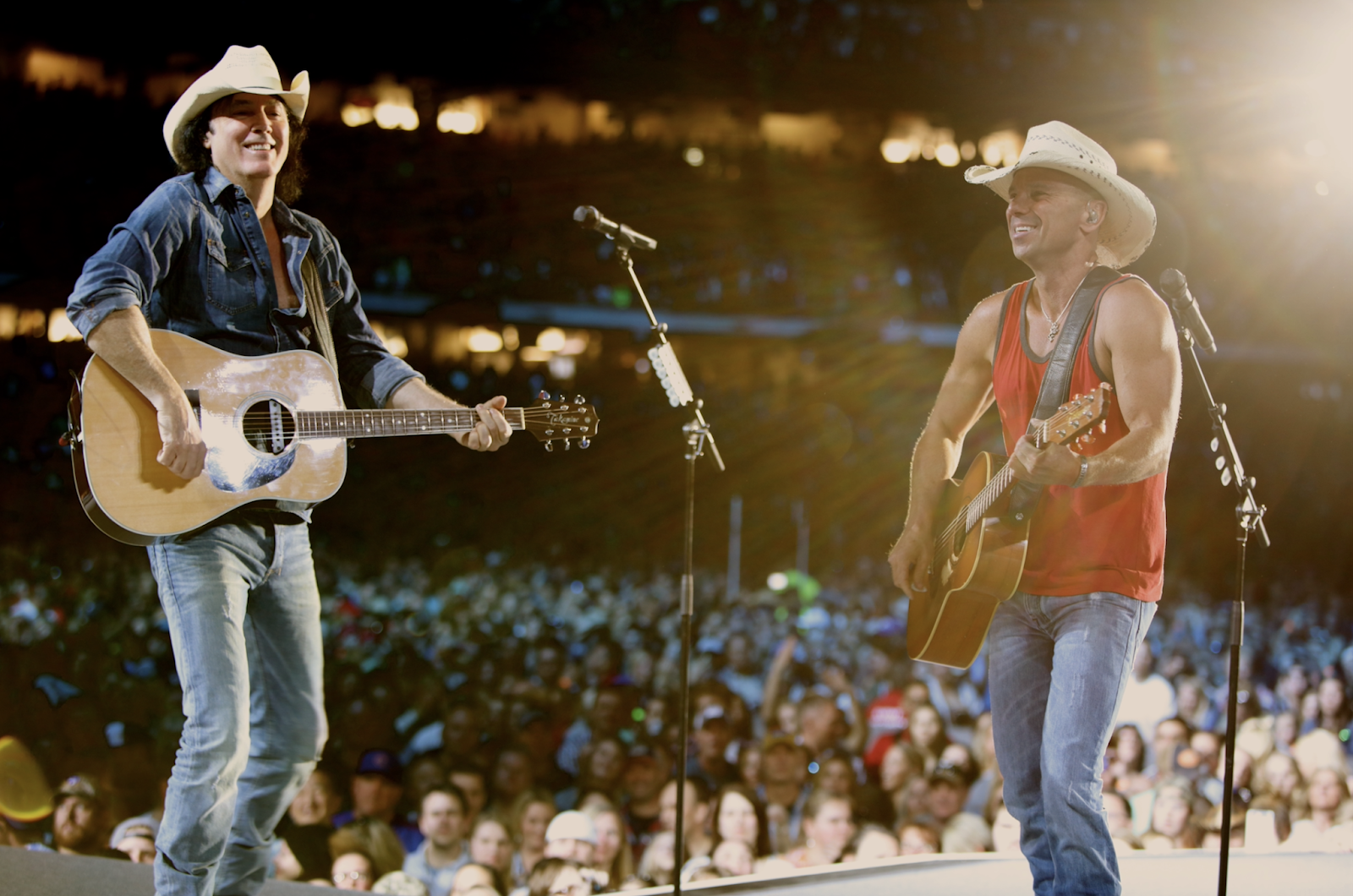 Kenny Chesney’s New Record: 43,526 in Milwaukee in the Snow!

Neither Snow, Nor Sleet Could Stop No Shoes Nation

Setting a New Milwaukee Record for the East Tennessean Superstar

MILWAUKEE, Wis. — Never mind all the snow piled up in the parking lots, the No Shoes Nation came out in full force for Kenny Chesney’s Trip Around the Sun Tour 2018, drawing 43,526 to Miller Park stadium. That number marks a personal record at Miller Park for the man The Minneapolis Star Tribune’s Jon Bream called “the high-energy country music stadium king.”

If
the temperature outside was in the 30s, you’d never know it from the
temperature generated by the fans who rocked through a blistering
28-song set. Laughing after the show, Chesney confessed, “It was freezing.
I couldn’t move my fingers to play on some songs, but the audience was
so incredible…it didn’t matter! They were rocking so hard and so hot we
couldn’t stop ourselves.”

Indeed,
Chesney — in the spirit of the night – played just one ballad: Scooter
Carusoe’s now classic “Anything But Mine.” Otherwise, it was a
high-octane night filled with Chesney’s most propulsive hits, including
“American Kids,” “Out Last Night,” “Big Star,” “Noise” and the brand new
and screaming up the charts “Get Along.”

“For
a brand new song,” Chesney marveled, “they sing every word of that
chorus like they’ve known it for years. I think it’s partially because
it’s an idea people are so hungry for right now: getting along with
people, even the ones you don’t know, because the world is becoming such
a loud, angry place.”

The
8-time Entertainer of the Year also brought a surprise guest with him.
With their duet “Everything’s Gonna Be Alright” climbing the charts,
David Lee Murphy strode from the wings, acoustic guitar already on for a
three-song mini-set that also included his signature “Dust On The
Bottle” and “Party Crowd.”

“It’s amazing the way the crowd responded to David Lee and that real classic
party kind of country music,” Chesney says. “You know, ‘Everything’s
Gonna Be Alright’ is sitting at #9, and you can feel how much people love that song when you hear them screaming like that when you hear them screaming and singing along like that when they hear the intro.”

Marking a second straight sold out stadium on Chesney’s eagerly anticipated Trip Around the Sun Tour, the man The Wall Street Journal
deemed “The King of the Road” heads into Minneapolis’ US Bank Stadium
blazing. Though it may not feel like summer in some of these early
dates, the two hour-plus shows celebrate all the things that No Shoes
Nation represents.

“The
best thing about No Shoes Nation is, above all, the music,” Chesney
says. “Like me, they live their life in these songs. Happy, sad, big
win, life lesson, it’s all there – and when they sing you can tell, the
songs are as much theirs as they ever were mine. Maybe that’s part of
what makes the energy at these stadium shows this year so electric.”