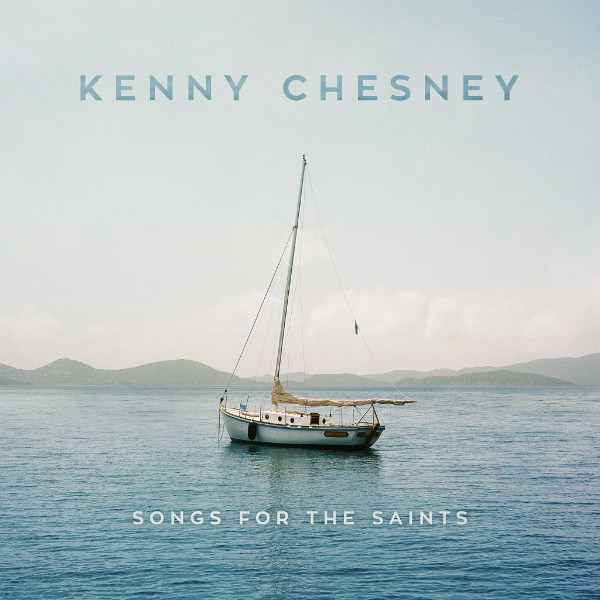 for Introspective Songs for the Saints with Ziggy Marley, Mindy Smith, Jimmy Buffett

NASHVILLE, Tenn. — Having broken Billboard’s Country Airplay Chart record for Most Career Country No. 1s, Kenny Chesney’s
reality-checking “Get Along,” a frisky mid-tempo celebrating the things
that bring us together instead of divide us, holds for a second
chart-topping week as the East Tennessee songwriter/superstar gets ready
to release Songs for the Saints this Friday, July 27. The
deeply personal project, written and recorded in the throes of
Hurricanes Irma and Maria, is 11 songs focusing on the resilience of the
human spirit, the power people have to change their world and the joy
that can be had along the way.

“When I heard ‘Get Along,’ it encapsulated so much of what Songs for the Saints is about,” Chesney says of his 30th
No. 1. “Horrible things can happen, but what’s been so inspiring about
the people of the Virgin Islands is even facing a storm with over 200
mile an hour winds, they somehow not only faced it, but kept their joy
as they committed to the long, grueling work of cleaning up and
rebuilding. We could all use some of that in our souls.”

The collection, half-written by Chesney, is a project that has an
immediacy and a calming to it that balances what it takes to face a
crisis while never losing what makes us buoyant. Featuring Ziggy Marley,
Mindy Smith and Jimmy Buffett, Songs for the Saints is an album that deepens with every listen – and offers a place to unwind one’s mind even as it lifts the listener up.

“This is more personal than anything I’ve done,” says Chesney, known for
introspective songwriter-driven projects. “There’s a lot of seeking,
hopefully a lot of healing and definitely songs about how we face
things. But it’s not dark or heavy. Like ‘Get Along,’ Songs for the Saints is about lifting people up, reminding them what they’re made of.”

“When we started, I didn’t know we were making a record, I just knew
these songs needed to be recorded. The album showed itself to me, just
as some of these songs appeared when we needed them. Sometimes when
you’re lucky, it happens.”

Having just played to 44,529 people at St. Louis’ Busch Stadium, Chesney
continues rocking No Shoes Nation. With a SiriusXM Town Hall on Friday
on The Highway and No Shoes Radio to talk about Songs for the Saints, a massive show at Chicago’s Soldiers Field and
an intimate appearance on “Good Morning America,” plus a full band
engagement with “The Tonight Show Starring Jimmy Fallon” July 31, the
8-time Entertainer of the Year has plenty of reasons to be happy.

“In the end, this is about raising money for the Love for Love City Foundation and
the spirits of anyone who needs lifting up, or just who likes to unwind
and think about how blessed they are. Yes, every bit of this record
benefits the people of the islands, but every note – I hope – will lift
up anyone who listens, which is why the response from country radio to
‘Get Along’ does my heart a whole lot of good.”